“Suga” Rashad Evans and Jon “Bones” Jones used to be friends and training partners. Nothing could be further from the truth now. The bad blood between the two fighters will come to a boiling point at UFC 145 in Atlanta. Jones is considered one of the best pound-for-pound fighters in MMA. He became the youngest champion in the UFC and is riding a six fight winning streak, including dominant performances over light heavyweight legends and former titlists like Mauricio Rua, Quinton Jackson, and Lyoto Machida.Evans has been waiting for a chance to reclaim his title, but he wasn’t able to avoid the injuries. It was his loss that was Jones’ gain. However, in his last two fights Evans has not only looked healthy, but he looked much improved and better than before. Evans wants his title belt back and the only way to get it is by going through his former sparring partner, who looks as close to unbeatable as it gets. 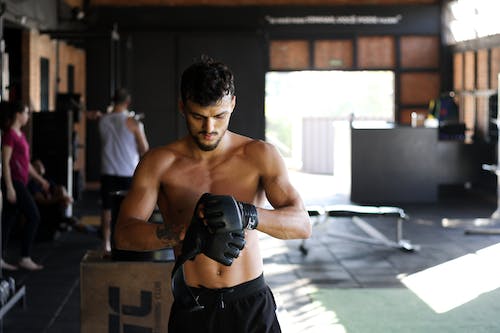 “Suga” Rashad Evans joined WCNN in Atlanta with the Rude Awakening to talk about how he got involved in MMA, if fighters are friends with each other outside of the cage, what he looks at when preparing for a fight, if he is still friends with Jon “Bones” Jones, and how his knee is doing following the injury a little while back.

How he got involved in MMA:

Whether fighters are friends with each other outside of the cage:

“The funny thing about it is most of the fighters, we’re all friends and all hang out and talk to each other and we all go through the same things.”

What he looks at when preparing for a fight:

“I look at things, like tell tale signs that people may do. Sometimes before people throw a punch they may have a certain giveaway but for the most part all my opponents wear the same face and I say that because it is not so much about what they’re going to do, but what I’m going to do. If I find myself looking too much at what they’re going to do then I’m going to end up stopping my own game. That happened to me in one fight and that was the one fight I lost. (Host: Who was that against?) Lyoto Machida. You go into a fight and you’re like ‘okay he’s going to do this, he’s going to do that’ and then you find yourself watching him and you’re not giving him anything to watch.”

Are you still friends with Jon Jones?

“No. No. (Host: What happened?) We’ve got to fight each other but before that we had a falling out because of the whole situation. Last year around this time I was going to fight for the title and I ended up getting injured in a freak accident in the gym and he ended up taking my place. (Host: What happened?) Someone rolled into my knee when I was drilling and he ended up taking my place and I wanted him to take my place so badly and I was very content to play the position, the role that I wanted him to play for me if I won the title. I wasn’t going to be hypocritical and say okay now I want to fight for the belt so I was going to ride it out and just be the number one contender or number two contender and help him be the best he can be. He did an interview and made a comment saying he would fight me. I thought it was kind of a slap in the face. I mean you say what you say during interviews and sometimes things come out wrong but at least have the common courtesy to be like hey I did an interview and this is what was said and then you clear the air. He never cleared the air before so then it left me to think he really wanted to fight me. Then at that point I was like alright this isn’t the first time I heard you say you wanted to fight me so let’s fight and it’s been on.”

How his knee is doing following the injury: