After being named to the NBA Eastern Conference’s All-Star team last week, Roy Hibbert had a message for the guys playing for his collegiate team at Georgetown: You can go to school for four years and still make an impact at the next level. It’s a refreshing point with all the one-and-done players, and particularly those who leave early with little to no shot to make a big impact in the NBA.Hibbert, a center in his fourth season with the Indiana Pacers, is having his best season statistically, averaging more than 13 points and nearly 10 rebounds per game.Roy Hibbert joined 1070 The Fan in Indianapolis with JMV to discuss making the All-Star team, his thought process through the selection period, taking things day-by-day, his message to his peers at Georgetown, the criticism he heard about being a four-year college player when he joined the league, hearing from his TV co-stars after making the All-Star team and the progression of the Pacers. 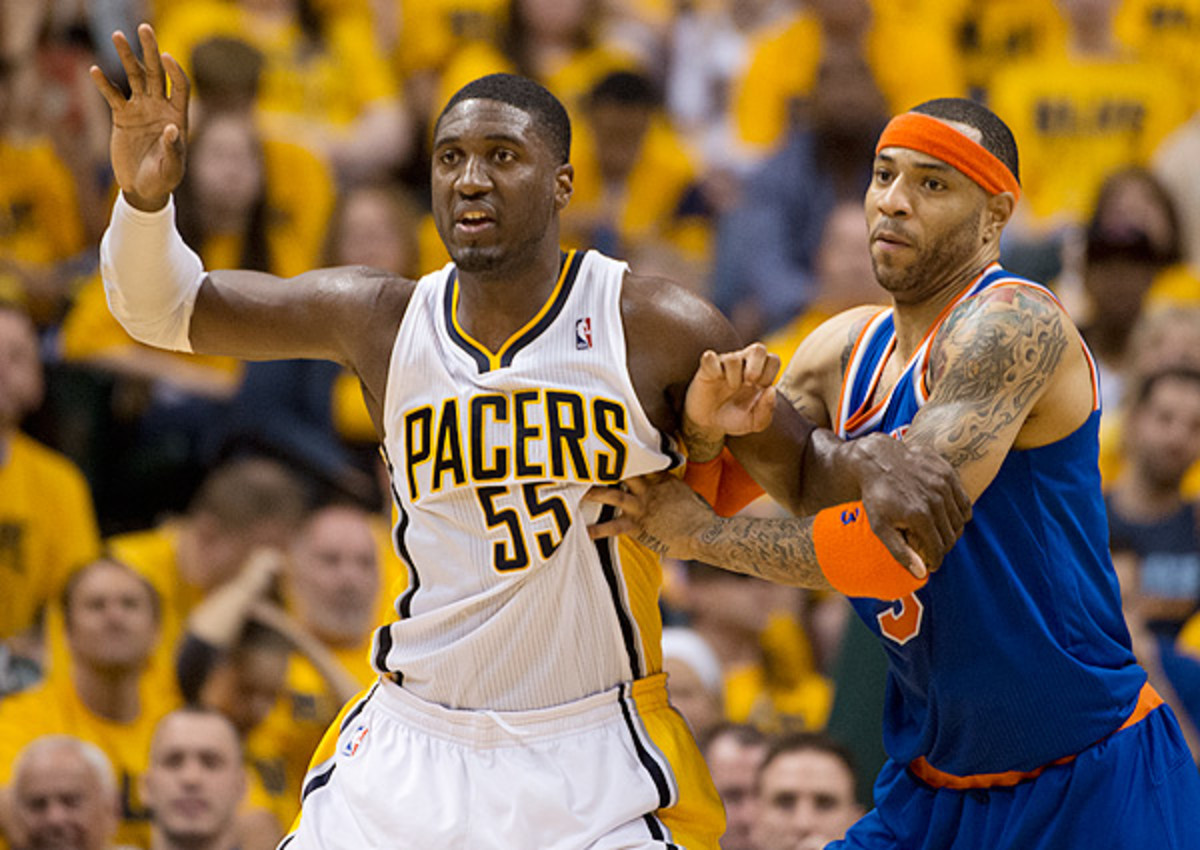 Was making the All-Star team on your mind or did you try to take yourself away from thinking about it?:

“I just really wanted to, first and foremost, thank my teammates and training staff and family and friends that stood by me. … I was real nervous. I didn’t think about it until last week when somebody told me I had a chance. I said, ‘Really?’ I just wanted to keep playing my game and help this team win. … I’m happy to be selected.”

So you really didn’t know how the process worked?:

“No, I knew the selection process. When I was playing, I was never thinking All-Star, All-Star, not until last week when somebody told me I had a chance to make it. That’s when I started thinking, ‘I hope I make it at least once in my career.’ That was my whole thinking.”
Some people take this sort of thing as validation, but you’ve always been about a step-by-step, daily

process. Is that still how you view things overall?:

“Yeah, I just want to get better, try to make myself better, my teammates better and try to win as many games as possible. That’s the biggest goal right now, just continuing to win and continuing to get this Pacer team deep into the playoffs.”

Did you hear from the folks at Georgetown?:

“I gave them a call … to let them know what was going on. I know they have a tough college schedule right now. … I just wanted to let them know that I got this one for Georgetown and I wanted to tell them that four-year guys and people who graduate from college can still go out there and make an impact in the NBA even though we’re not one-and-done.”

On criticism coming out of college based on the fact that he stayed for four years:

“I just think about all those teams that passed up on me. I’m happy. In Indiana, I’m in a great situation and I couldn’t have asked for better teammates and a better organization to play for and work with. They’re the reason I’m in this position right now.”

Who did you hear from after the All-Star announcement that maybe you hadn’t heard from in a while?:

“Everybody. My phone blew up all night and it’s still blowing up today. I heard from my co-stars on my TV show that I was on, Ben Schwartz and Aziz Ansari from Parks and Recreation. They hit me up, so I was very happy that they took time out of their schedule.”

On the progression of the Pacers as a team:

“We’re a team that just wants to continue to get better and learn from each other. Every night it could be somebody else. … We try to take advantage and keep going to whoever’s hot.”