After Big Win Over Rival Syracuse, John Thompson III Wants Georgetown to Stay Focused, Not Look Too Far Ahead

The Georgetown Hoyas played spoiler this past weekend at the Carrier Dome in the final Big East matchup in Syracuse. Georgetown pulled away late in the second half to win 57-46 over the Orange. John Thompson III knows how valuable a big road victory in conference play really is, but he doesn’t want his team to pat themselves on the back just yet.John Thompson III joined ESPN 980 in D.C. on Inside the Locker Room to discuss the rising play of Otto Porter Jr., the Hoyas moving past the big win over Syracuse, Georgetown settling down against Syracuse in the first half, being focused on the UConn Huskies this week and his concerns for the next couple of weeks. 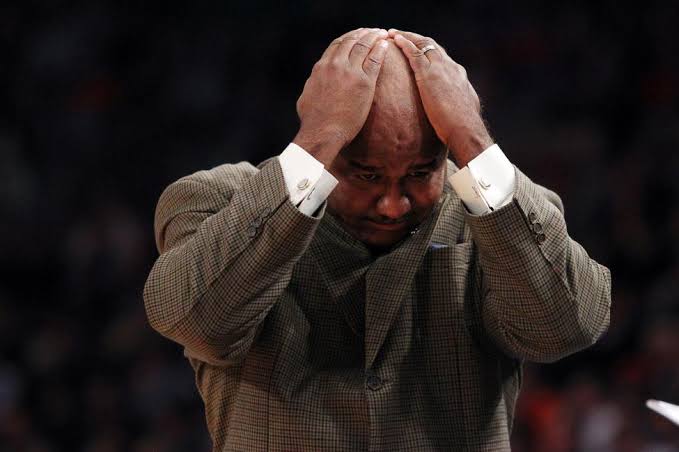 Talk about the Hoyas’ great defensive effort in the win over Syracuse this past weekend:

“That’s been the key with what we’ve done so far. It’s the key to what we do in the future, and in that game it was defense. We kept them off balance a little bit and if you are talking about Otto Porter Jr. specifically, he doesn’t take a break on any possession or at any point or any aspect of the game. Like I said after the game, what he did was a special offensive night, which is what big-time players do in big time settings. That was almost as big as it gets in relation to regular season, but he does everything. He does everything.”

Is it an easy process for you to get the guys to forget about the Syracuse win and focus on the next one?

“I don’t want to say it’s easy because they are kids. They’ve been walking around campus and everyone has been telling them how great they are. I think they know and have a true understanding that we just have a lot of ball to be played. What we did yesterday was in the past. We need to be better tomorrow. I think it was William Pollard who said the arrogance of success is to think what we did yesterday is good enough for tomorrow. What happened yesterday is done. We need to be better tomorrow than we were this past weekend.”

At what point did your team settle down against Syracuse?

“When you have 35,000 fans in that building [Carrier Dome] and you got only 12 screaming for you it’s an imposing venue. There’s no doubt about that. It gets loud up there, so I don’t think the venue in itself was part of our slow start. I think it just took some time to fall into a rhythm. I felt pretty good, I would say, after the 10-minute timeout. At one point they went up 12-2 or 12-4, but by the time we caught up I knew we were going to be OK. We ended up going up 21-15. They made a run at the end of the half to go up 23-21, but after the 16-minute timeout of the first half, I thought we had settled in.”

What’s the focus this week with UConn coming up?

“We played them up there and we were not in Hartford and their guards are what makes them go with Shabazz Napier and Ryan Boatright. They are very, very good. They’re lightning-quick; they both can score and set others up. They’ve been getting good production from the post in Niels Giffey also. They are a very good team and they do a good job of switching defenses and making you try to be off balance. So what I said earlier, we are going to have to be better. We have to be better on Wednesday than we were on Saturday. We just gotta keep improving, but it’s a difficult place to play, as is every other place to play on the road in this conference. The wins are special, all of them. We gotta go and try to steal another one.”

What are you concerned about this week?