Carlos Condit on Nick Diaz Drug Test: “With Nick’s past history I guess it’s not too big of a surprise”

While the fans might not have liked his fighting style at UFC 143, Carlos Condit did what he needed to do that night by beating Nick Diaz and capturing the UFC Welterweight Championship belt. Because it was a close fight between him and Diaz there were talks about a rematch while Georges St. Pierre continues to rehab from his latest injury. Condit had no reason to accept a rematch. He won the fight. There was no controversy with the decision. He shouldn’t have to beat Diaz twice, but Condit was still willing to do it because he wants the best fights possible. The rematch isn’t going to happen though. Shortly after the fight, Diaz tested positive for marijuana. Now the future of Carlos Condit inside the cage is a bit cloudy. What we do know is that he is the new king of the Welterweight division in the UFC. At least until GSP makes his return.Carlos Condit joined ESPN 1100 in Las Vegas on MMA Insiders with Cofield, Trigg, and Iole to talk about whether he saw the news about Nick Diaz testing positive for drugs coming, if he thought a rematch was going to happen between him and Nick Diaz, on the idea that fans were not happy with his game plan against Diaz, whether he thinks he ran from Nick Diaz, what his next fight will be, and why he was willing to take the rematch with Diaz before it fell through. 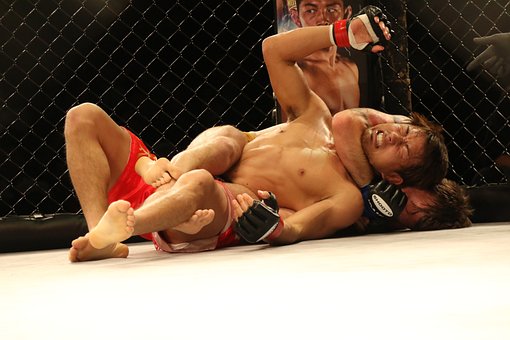 Whether he saw the news about Nick Diaz testing positive coming:

“No, but honestly with Nick’s past history I guess it’s not too big of a surprise.”

If he thought a rematch was going to happen between him and Nick Diaz:

“Yeah I had talked to Dana and talked to Dana I believe Tuesday morning and he said it would be a huge fight and I agreed. So we were just going to hash out the details. Then there was word coming from Nick’s camp that the fight might not happen so we were sitting around very curious why the rematch might not be happening.”

On fans not being happy with his game plan against Diaz:

“Right after the fight I felt I won four rounds to one. It was a very decisive victory…then I went back and watched the fight and from what I saw man it was very, very close. Depending on your judging criteria, some of those rounds could’ve gone either way. It was a very close fight and say what you will about the fight and what my strategy was, I think we put on an entertaining show and it would be a fight that fans would want to see again. That was my thought process when I agreed to the fight, to the rematch.”

Whether he feels like he ran from Nick Diaz:

“I’m not going to sit here and say it was my most aggressive performance or that I had my normal killer instinct. I think there were some moments where I could’ve pushed but as far as running, Nick Diaz likes to push you into the cage and bombard you with punches, that was his strategy. Mine was to keep distance and keep the fight in the center of the cage. That’s what I did. People who are saying that I was running maybe they are not as educated on the sport. A lot of people just like to see two guys stand there and slug it out and see who can bash the other guys head in the fastest. It went well. There were a lot of people who were disappointed but there were a lot of people who really enjoyed the fight.”

When his next fight will be now that it looks like the rematch is off:

Why he would’ve been willing to take a rematch with a fighter he had already beaten:

“I think I also said I want to be in big fights and regardless of the opponent or circumstances, I want to be in fights that there’s a lot of buzz about and a lot of people are excited to see. A rematch with Nick Diaz fits that criteria.”