With more than two months away from the start of the NFL season, the Brett Favre saga is starting to heat up again.  Similar to what transpired last year, the Minnesota Vikings are waiting to hear from Favre and whether or not he plans to play this season.  His intentions are rather unclear but what we do know is that he had surgery to repair the ankle he injured last year and that he is back throwing to Oak Grove High School football players in Hattiesburg, MS, again.  This almost seems like Groundhog Day with the exception of this time most of the Vikings players and all of their fans on-board for waiting around for Favre.  They saw what a great player and teammate he can be and how close they came to playing in the Super Bowl last year.  It won’t take long for Favre to get a shot at trying to avenge that devastating, playoff loss to the Saints because in week one, the Saints will host the Vikings in a rematch of the NFC Championship game from last year.  Favre is a fierce competitor and I can’t even imagine the blood, sweat and tears he has put in this offseason to rehab his newly, repaired left ankle in hopes of returning for his twentieth season and getting revenge on the Saints.  So waiting around for another month or so for Favre’s decision won’t seem like such a big deal this time.Jared Allen joined KTAR in Phoenix to talk about his recent comments about him thinking that Favre would have already told the team if he were not coming back this season, whether Brett Favre is a good teammate, and his thoughts on Albert Haynesworth not showing up for camp and what that means to his teammates. 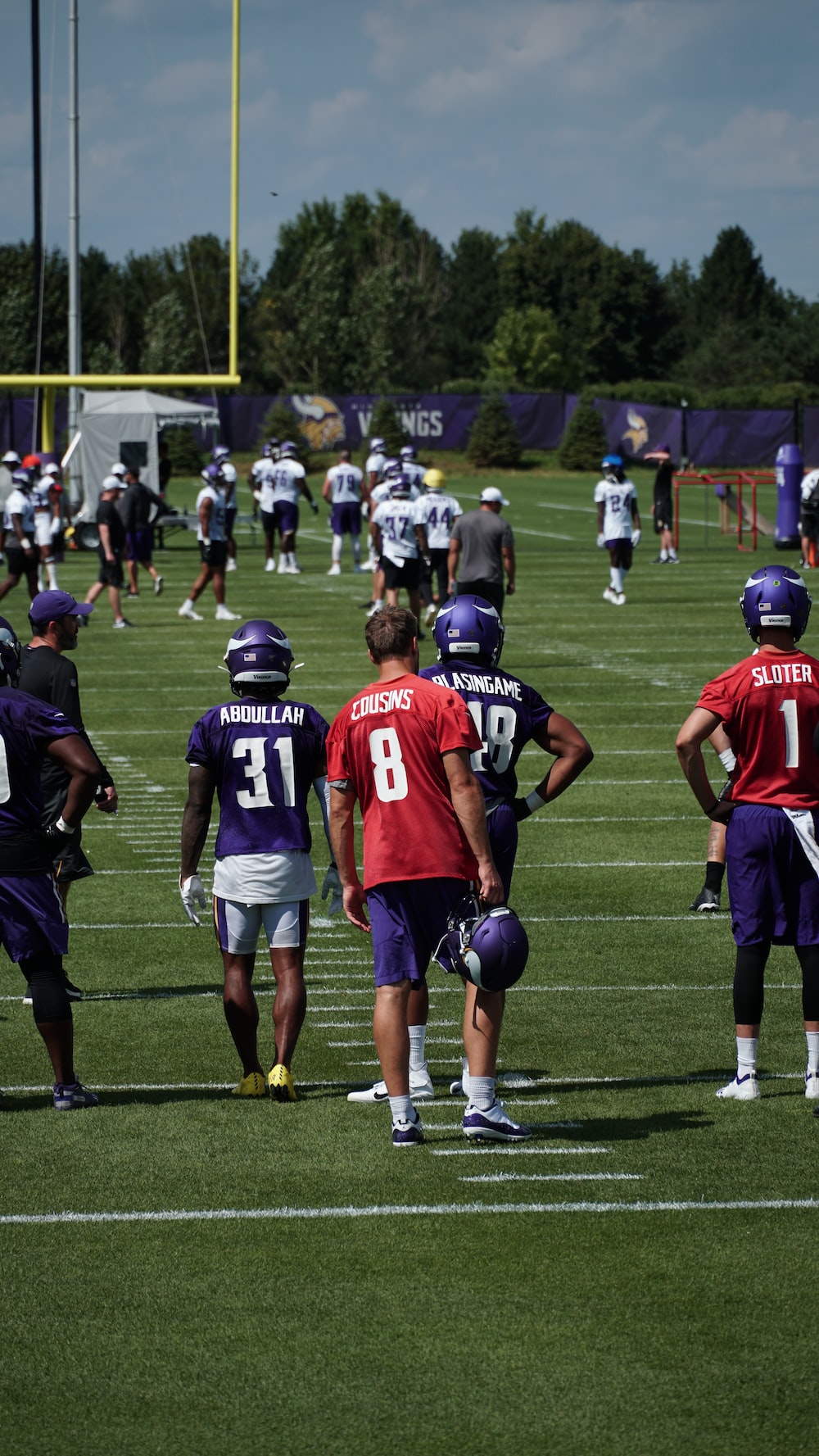 On his recent comments about him thinking that Favre would have already told the team if he were not coming back this season:

“I would hope, I don’t know, I’ll tell you what.  If I make it 20 years I would do the same thing.  I wouldn’t want to come to camp.  I don’t know, I guess right now he is probably worried about recovering from surgery and we will see what happens.  We made it through camp just fine last year without him and he showed up and we had a pretty good season.  So I am all for it, let’s do it again.”

Whether Brett Favre is a good teammate:

“Phenomenal, honestly.  He is such a great guy.  He is hilarious and I think I didn’t get to see it until I played with him, obviously, being a fan of football, obviously I watched Brett in college and then I got to play against him with the Chiefs and then to get to play on the same team with him you see why he is so great.  I mean that guy puts in work.  His work ethic is pretty impressive.  I know that when he first got there, literally just got out of the car, goes out to practice and he is already playing throwing passes and stuff and then he comes in and the guy spends hours in the film room just to make sure that he knew the offense, he knew the calls, he knew the checks.  I remember calling him one time Friday night, ‘What going on?’ or whatever and he was still at the facility.  I through he was a great teammate, great work ethic, I mean he gets along with everybody.  He can find something to talk about with everybody on the team and that is what makes him a leader and that is what makes him what he truly is.”

His thoughts on Albert Haynesworth not showing up for camp and what that means to his teammates:

“Yeah I would tell you what.  I would show up and just drink water for $30 million.  I don’t know the circumstances so I can’t judge anybody.  Obviously there are some uncertainties there or I guess I am sure both sides are at fault.  It is one of those things, I am a firm believer, you sign a contract, and obviously they are doing their part by paying you.  Honor the contract by showing up and playing out.  You know now who is to say that he was promised to play in a 4-3.  I know I might be a little ticked off if all of a sudden, he was obviously thought to be an anchor to that defense and if they change to a 3-4 from a 4-3 and he is in a position where he cant be successful that is another story and I think that is something that you talk about with your coaches behind closed doors.  I am a believer that if you negotiate the contract, you sign it, show up and play for it.”

On what happened to his mullet haircut:

“You know what?  There comes a time in every man’s life where you have to please your mother and your wife.  (Host:  Didn’t you just get married?)  Yeah I did.  I just got back from my honeymoon and actually got back today.  My wife, all she wanted was for the wedding was pictures without a mullet.  I kind of got to blame my best man’s wife because he sends her all these pictures of me pre-mullet and she was like ‘You were actually handsome at one point.  My mom and her were double-teaming me, one is calling here, ‘Are you going to cut it?’  They won and it got trimmed off.  Now, it is kind of nice.  I have got to admit.  It is kind of nice not having a rat nest when you wake up in the morning and you this big fro.  I don’t have anything to run my fingers through and protect my neck from the blazing sun.”
Jared Allen on KTAR in Phoenix with Gambo and Ash