Cordarrelle Patterson spent only one year at Tennessee, but the dude was such a human highlight reel that he’s already become one of the most talked-about potential stars in this year’s draft. The wide receiver has been mock drafted by many in the first round, but he expects to make an impact early regardless of where he’s picked.Cordarrelle Patterson joined Danny Parkins on KCSP in Kansas City to discuss his liking for flashy socks, his draft prospects, what he expects of himself, what he needs to improve on and who he compares himself to. 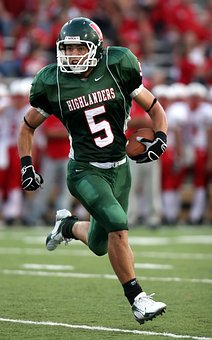 On his preference for flashy socks, a la Robert Griffin III:

“Yeah, I’ve been liking them socks. But RG3, he just got famous before me, so he got his name out there way before me.”

On who he expects to be drafted by:

“You hear different stuff from teams. Every time you visit a team they say how they need a receiver or such and such and they hope they land you. But you never know who’s just saying things just to get things going there. So I hope I get drafted in the first round, but if not, I know I’ll end up somewhere and I’m going to make the best out of it.”

On the notion that it takes time for receivers to stand out early in their careers:

“I try not to listen to that. I just, I have a mind set to go in and just compete with those other guys and just get better, and just try to be a starter out there and hopefully make a name for myself in my first year.”

On what he’s told he needs to improve on most:

“They told me I need to work on my route-running. They’re just saying I’ve got all of the ability but need to focus on my routes.”

On who he’s compared to most often:

“I’m like a lot of receivers out there. I just pay attention to all of them, like Julio Jones and Percy Harvin. He’s quick, he do a lot of things like I do. Randy Moss. I look at all those types of guys; I don’t focus on one.”