Former LSU Quarterback Jordan Jefferson: I Would Have Changed the Play-Calling In the BCS Championship Game If I Could Have

The BCS National Championship game was played exactly a month ago today and former LSU quarterback Jordan Jefferson has finally come out and said what pretty much everyone else in the country was thinking. Now getting ready for the NFL combine and reflecting on that game, Jefferson says LSU didn’t make the right offensive adjustments to beat Alabama.Jefferson sheds light on the fact that the Tigers had some packages put in the gameplan that would have spread Alabama’s defense out more, but that LSU just never went to those schemes. He says he only had the option to audible during certain situations, but if he could have changed the plays more, he would have.Jordan Jefferson joined WCNN in Atlanta with The Rude Awakening to discuss what happened in the title game, second-guessing the play-calling, just doing what the coaches were asking, why he couldn’t change the plays on the field, halftime adjustments, the transition to the NFL, using Cam Newton’s story as inspiration and setting the record straight about problems off the field. 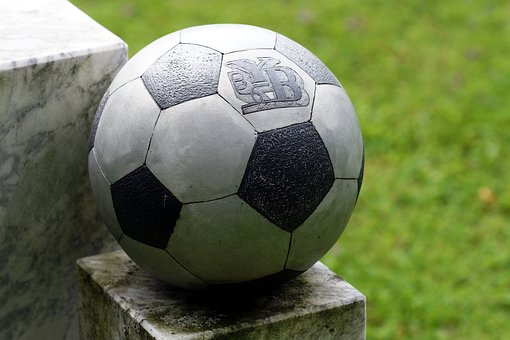 Could you ever have envisioned the national championship game playing out like that?:

“I definitely didn’t expect for it to play like that. Alabama was a little bit more prepared than us. There was a lot of things that we should’ve did different to catch a rhythm on offense. To win a type of game like that, you’ve got to win all three phases — offense, defense and special teams –and we just didn’t get over that hump to winning those phases. We kind of fell short in that game.”

What did they do differently after you had success against them during the regular season?:

“It’s being better prepared and having the right calls for certain situations. At times we put ourselves in the hole as far as putting ourselves in second- and third-and-long. Being in that type of third-and-long situation against an Alabama team and a defense like that, you’re going to fall short every time.”

Do you second guess yourself on doing things differently?:

“I think we should’ve spread them out a little bit more, put the ball in different passing areas, use our talent on the receiving side. We had that in as far as play-calling, we just didn’t get to it. It’s a learning situation for us, a learning situation for the LSU football team and I definitely expect to see us back in the championship next year.”

Is that something you realize during the game but you can’t really do anything because you’re not calling the plays?:

“Yeah it definitely always comes to mind and it comes to mind to our receivers and tight ends. We have great guys in those areas and sometimes we just wonder why we don’t use those guys. But we’re not the one calling the plays. We still have to go out and execute what the coaches and coordinators are calling. We can’t complain as players, but sometimes we do question that.”

Could you change those plays and audible on the field?:

“Only in certain plays and certain formations, not all the time. … If it was any way where I can change it, I probably would’ve changed some of them.”

Did you ever question the coaching staff as to why you guys weren’t trying something different because what you were doing wasn’t working?:

What things are you working on as you transition toward the NFL?:

“Just being more consistent with my footwork and my fundamentals as a passer. That’s really the main things I’m working on. I have a great arm and great footwork, I’m just making sure that it all stays consistent throughout any situation in the game.”

Do you look at Cam Newton and see what he ran in college and the success he had as an NFL rookie?:

“I definitely feel the same way. A lot of people out there don’t think I can throw the ball. In many instances throughout my career, I definitely proved that, especially playing Alabama all those years and playing Arkansas when they was No. 3 at home, I threw the ball 29 times for 250 yards. I’ve proved that a lot of times throughout my career, but the system that I’m in kind of keeps me away from throwing the ball like that consistently. I came from a Pro Style offense in high school where we threw the ball very often. Coming to LSU, they noticed my athletic ability so me running the ball was always an option in the offense. Now that I’m in an NFL system to where I’m throwing the ball a lot, I’ll definitely be improving my throwing ability.”

Part of the scouting process will be having to answer questions about some things off the field. How tough will that be for you?: