The Indianapolis Colts’ first pick of the NFL draft was an obvious one. And with Andrew Luck officially on board, their second selection made a whole lot of sense, too. Luck’s Stanford teammate, Coby Fleener, was drafted 34th overall by Indy, and now the tight end will expected to become one of Luck’s primary targets from the get-go.Coby Fleener joined The Ride with JMV on 1070 The Fan in Indianapolis to discuss his future with Andrew Luck in Indianapolis and whether he saw such a scenario coming. He also touched on areas he needs to improve on ahead of his rookie season, his experience in New York at the draft and the comparisons people will make to Dallas Clark. 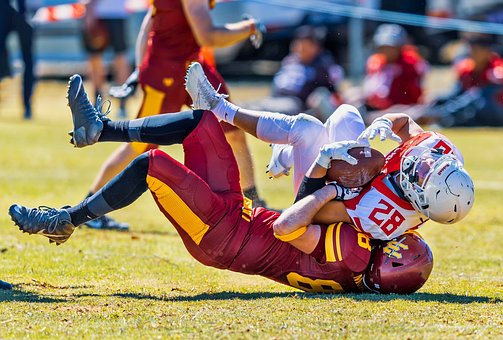 On if, in the days leading up to the draft, he and Andrew Luck discussed the possibility that they’d both be drafted by the Colts:

We knew it was a possibility, but at the same time, Andrew basically said, ‘I don’t know what their game plan is. Obviously you have my support but it’s ultimately up to them.’ Thankfully I saw the Indianapolis area code when I got my phone ringing and I was happy as could be.”

On if this is where he figured he’d end up if he were still on the board at 34:

“I had no idea what teams were interested and what weren’t. I met with 14 teams at the Combine and met with a bunch of coaches as well outside of that — probably close to all 32 teams. And so it was tough for me to tell. Some teams try to throw you off by meeting with you, throw other people off by meeting with you, and you just never really know.”

On what he needs to improve on as a rookie:

“I think I need to work on everything in my game. The NFL is such a more impressive group of athletes than we played against at the college level, so we always need to improve our game. I think I’m pretty fast given the circumstances, and I think I’m versatile, so I can be used all over the field. But I have the benefit of having a great coaching staff.”

On his green room experience:

“You know, it was tough. You always wanna get picked as high as possible, but I think the scenario that I’ve been drafted into is one heck of a an awesome one. If you can’t get drafted in the first round, then to play with your quarterback as the second guy picked in the second round’s not a bad deal.”

On the inevitable comparisons to Dallas Clark: