Jonathan Vilma hopes his lawsuit filed against NFL Commissioner Roger Goodell will lead to a lessening of his penalty, which currently sits at a one-year suspension, for his role in the New Orleans Saints’ bounty program. But plenty of other players will be keeping an eye on the case, at least according to former player Darren Sharper.Sharper says the players hoped to lobby for less control for Goodell when negotiating the new collective bargaining agreement, but ran out of time. Now they feel crippled by his power to be the judge and jury when it comes to handing out penalties and then being the person that also hears the appeals in such cases. Sharper hopes Vilma’s case will lead Goodell to hold a little less power down the road.Darren Sharper joined WWL in New Orleans with Bobby Hebert to discuss Jonathan Vilma’s lawsuit, Roger Goodell’s grasp on power, why he thinks Goodell is withholding the evidence in the bounty case, Drew Brees contract situation and whether that becomes a distraction for a team. 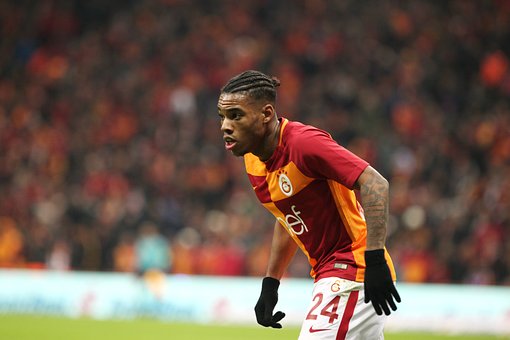 Boy, your old teammate Jonathan Vilma went straight to the top when it comes to fighting this suspension, didn’t he?:

“Oh yeah, the top, top. Going and filing a grievance with the Supreme Court, filing a defamation lawsuit. It’s going to be interesting to see what happens. I believe that Jonathan has a case and I know a lot of players, especially on the Saints, are rooting for Jonathan because a lot of people in the NFL, the players, feel as though Commissioner Goodell has a little bit too much power and they want to try to take away some of that power that he has. This is one step toward that happening.”

In negotiating the new collective bargaining agreement last year did the players fight at all then to try to decrease that position of power?:

“During the collective bargaining negotiations this topic had been brought up. But before this topic was brought up, they were trying to make sure we got the money situation straightened, the health benefits — which were the top two issues on the board. Those dragged on a little bit, so when it got to the deadline, this issue of Commissioner Goodell being the judge and jury, there wasn’t enough time. … We went ahead and signed the deal. Now, looking back on it, we wish we would have spent a little bit more time trying to take away his ability to hand out fines and then also be the guy who hears the appeals of the fines. Now we have to deal with it for the next six years, but this case right here with Jonathan Vilma is going to try to take away a little bit of steam.”

Do you want to see the evidence in the bounty case and why do you think Goodell is withholding it?:

“I don’t think he has any evidence. I don’t think he has any concrete evidence that can give him reason to suspend a guy for a whole year. That’s probably why the evidence has not come out as of yet. But now, with the Supreme Court and the filing by Jonathan Vilma, it’s going to force his hand. I’m interested to see what concrete evidence he does have to say that these events went on the way he’s trying to describe them as being.”

To contract situations, like the one currently with Drew Brees, become a distraction to the team?:

“It can be a distraction, especially during the offseason it might be. Once the season starts, and going back to the CBA, after July 16, if there is no deal, extension, given to Drew Brees, there will be no more contract talks. So once that happens and Drew comes and he signs the franchise tag whenever that might be after July 16, there will be no more contract talks and nothing else to talk about. So I believe the team will be able to focus in on the season and it will not be a distraction. But now, in the offseason, it is a little bit of a distraction.”

On his surprise over Brees not yet receiving an extension:

“It still baffles me every day I wake up and I don’t see, on the bottom line, a new contract for Drew Brees. I’m just confused as to why the guy that has led this organization has not been given a contract extension so he can be on board for years to come. … You just have never seen this happen to a franchise quarterback and Drew is a franchise quarterback in every sense of the word. Have you ever heard of Tom Brady going through a contract, stalled talks, that have taken this long. Peyton Manning? Aaron Rodgers? Phillip Rivers? … None of these guys have ever had to deal with a franchise tag and had to play out the last year of their contract and then go into the offseason.”