The Miami Heat failed to close out the New York Knicks at Madison Square Garden Sunday, as Dwyane Wade missed a potential game-winning shot at the buzzer. While Miami still controls the series with a 3-1 lead, the fact that Wade and not LeBron James took that final shot has caused quite some controversy.
And then, last night, the Clippers won and Blake Griffin had a big game, but Griffin also caused some controversy by again embellishing the contact he was taking from opposing players.And where there’s controversy, Charles Barkley is ready with an opinion.Charles Barkley joined the Dan Patrick Show to discuss the NBA playoffs, with an emphasis on the end of Game 4 between the Heat and Knicks, whether New York should consider playing Jeremy Lin in Game 5, Blake Griffin’s flopping in Los Angeles and the possibility of Phil Jackson coaching the Clippers next year. But to kick things off with DP, Sir Charles touched on the controversial baseball incident in which Cole Hamels hit Bryce Harper intentionally. 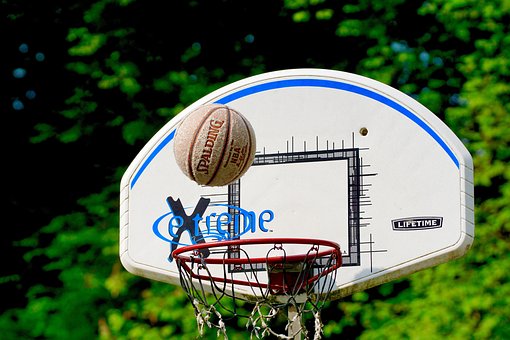 On if he’s OK with Cole Hamels hitting Bryce Harper:

“Well you’d have to give me a legitimate reason why he hit him. I’m for hitting in baseball in certain situations. I believe in old-school rules but you gotta give me a reason.”

On Hamels claiming it was Harper’s welcome to the big leagues:

“Well that just makes it stupid then. You gotta have something better than that.”

“He made me so mad last night. I called him Vince Carter last night. Because Vince Carter was a great player — we used to joke he got shot like three times a game. I called him that on the show last night, I said ‘Blake Griffin has turned into a new Vince Carter.’ … He gets shot three or four times a game and just goes down. He better stop that flopping. He gotta stop that, because you can tell all these players are taking cheap shots because he’s getting to be annoying with all the flopping.”

On if Griffin will lose the respect of opposing players if he keeps flopping:

“No they just gonna enjoy hitting you more. Because what the mentality becomes then is, ‘OK, if you’re gonna flop I’m gonna knock the hell out of you.’ That’s actually the way it goes. They won’t lose respect because he’s a terrific player.”

On if he can see Phil Jackson coaching the Clippers:

“I don’t see Phil coming back, Dan. I actually personally think Phil Jackson’s too old. I don’t think basketball coaching’s for 70-year-old guys, to be honest with you. I don’t see that. But I will tell you this: after watching that Clippers half-court offense the last five minutes of regulation and overtime, you can go ahead and pencil San Antonio into the Western Conference Final. Because, I was disappointed in Memphis last night not making any strategic adjustments. And let me tell you something: San Antonio gonna kill the Clippers if they gonna play like that. They tried to give that game away.”

On if the Knicks should play Jeremy Lin if he’s medically cleared for Game 5:

“No, I don’t think that. I do not think that. … I call it the Michael Jordan rule. Michael Jordan tried to come back and play and didn’t do well. So if Michael Jordan can’t do it, it’s probably not a good idea on a basketball court. I don’t think you can just come off the street and jump into [the game], because nothing you’re doing on the side — whether it’s running up and down the court or playing one-on-one — there’s no way you can simulate actual, number one an NBA game, but also playoff intensity. Playing against that Knicks team in practice, it won’t be the same as playing against LeBron and Dwyane Wade.”

On Miami’s decision to let Wade take the final shot of Game 4:

“It should be LeBron James taking those shots. … The guy’s the best basketball player in the world — he should be taking the shot. First of all, he had just made a three and a great three-point play. It’s interesting to me how everybody’s going against LeBron — LeBron finished a lot in Cleveland. He finished a lot. … I hate the fact that he defers. But you know the thing that’s funny? Dwyane Wade never gets any criticism because he didn’t close in the Finals last year. I actually think LeBron got tired. If you go back and look, he used a lot of energy shutting down Derrick Rose, then he had to guard Jason Terry — I think he got tired. But it’s funny how — Dwyane Wade is a great player, don’t get me wrong — but he don’t get any criticism for not finishing in the Finals last year. And I’ve said this before: the Miami Heat is only going to go as far as LeBron James takes them. Dwyane’s a great offensive player, but LeBron James makes everybody around him better.”

On LeBron having to be more selfish: