In one offseason the Houston Rockets have gone from an afterthought in the Western Conference to one of the most exciting teams in the NBA. While the blockbuster trade for James Harden has a lot to do with it, it’s also the risky free agent pickups of Omer Asik and Jeremy Lin that are both starting to pay off.Lin got off to a slow start this season in Houston as he dealt with the pressure of being a cornerstone piece of a franchise. In the first month, Lin averaged just 10 points per game and his scoring ability and shooting touch that helped create Linsanity were both missing. As the season has gone on, Lin has started to get healthier, he is more comfortable and he’s starting to reward the Rockets for the chance they took on him.Jeremy Lin joined KBME in Houston with Charlie and Lance to talk about his first season with the Rockets, the impact that James Harden has had on the team, if he thinks he has found his jump shot, Tuesday’s game against the Warriors after the altercation in the previous meeting between the two teams and whether he thinks this team should be kept together at the trade deadline. 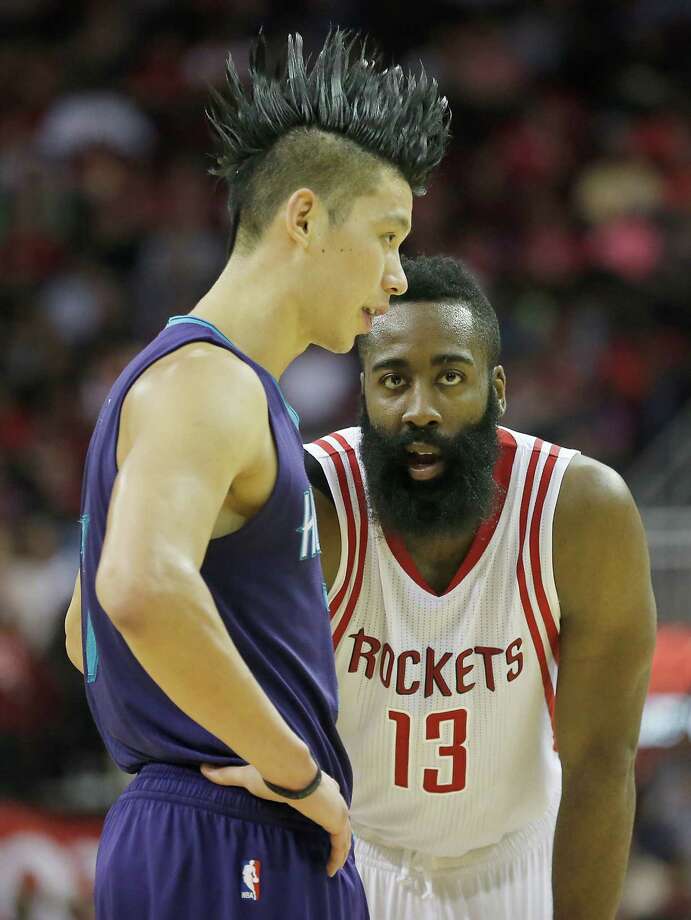 How he would sum up his first season in Houston so far:

“I think as a team I would say that we’re happy with where we’re at, but we also know we’re capable of more. Right now we probably sit in the eighth seed of the playoffs, and prior to our seven-game slide that we had not too long ago, we were in the sixth seed. We’re happy we’re in the playoffs but we’re definitely not satisfied with that by any means. We feel like even though we are a young team, we have a lot of potential and we have a great opportunity to do something big this year, not just somewhere down the road.”

On the impact James Harden has had on him when it comes to taking pressure of him:

“Absolutely. I was super excited when I found out about that. I told everyone around me and everyone close to me and they knew how excited I was to have James on board. It’s been great and I have learned a lot from playing alongside of him. It’s changed my role a little bit, but it’s been good for me and it’s given me that space to be able to grow, learn and make mistakes and get better. This is pretty much my first full season in the NBA where I’m playing consistently every night so there is a lot that I’m learning.”

Do you feel like you have found your jump shot?

“I would like to say that I hope so. I’ve been shooting it a lot better the last few games and I got off to a really rough start at the beginning of the season, but I think things are coming together for us more as a team. We’ve won six of nine or something and we’re definitely trying to come together, and I’m trying to bring leadership and energy every single night and be consistent at that. My jump shot is part of that.”

On Tuesday night’s game against the Warriors after what happened between the two teams the other night:

“I think they’re definitely going to be ready for that game, but we’re all competitors and they take a lot of pride in what they do and they’re a very good team so i feel like that is just natural. Anytime you lose and don’t play the way you want to, even for us, we want to make sure we’re ready for that next game, so they will be ready for us. I think it will be a fun environment, it will be a great game and a great test for us on the road.”

How much fun are you having now?

“I’m definitely having fun. Right now I feel like our team is in a great situation. We’re sharing the ball, we’re moving the ball, we’re unselfish and playing together and that is the way basketball is meant to be played, and when you play like that you have fun. Our guys, off the court we’re developing relationships and getting closer to each other and we’re really learning to sacrifice for each other, play for each other, to be excited for each other’s success and I think that’s when your team becomes the most dangerous.”

If he has any thoughts on the trade deadline:

“It’s not really my job to look at trades or anything, but I love the guys we have on our team and I think we’re building something special. I think we have a great situation (and) if we’re allowed to stay together for one year, two years or three years, I think we will just get more and more dangerous and better every year, but that’s not really my place. I’m just an employee; I’m just a player. If we have some situation that can make our team better then definitely, but I love my teammates; I love playing with them right now. I think we have shown how good we can be and this is just the beginning hopefully for all of us.”