Celtics Coach Doc Rivers: “Philly Has Outplayed Us In Both Games, We Just Won One Of Them”

As I mentioned in a post heading into the second round of the NBA Playoffs, I kind of expected the Boston Celtics and Miami Heat to cruise into the Eastern Conference Finals. So much for that theory. The Pacers evened things with the Heat on Tuesday night, one night after the Philadelphia 76ers — the eight seed in the East — knotted the series 1-1 with the Celtics.Boston coach Doc Rivers is actually looking at the bright side a little bit, however. In his mind, his team has been outplayed twice but at least is still entrenched in a 1-1 series. The Celtics will look to get the ball back to Kevin Garnett to get back on track in Game 3 in Philly tonight.Doc Rivers joined WEEI in Boston with Dennis and Callahan to discuss not getting the ball to Garnett in Game 2, Paul Pierce’s injury, how much it is affecting him at this point, taking bad shots, Rajon Rondo’s defense, the late call that went against Kevin Garnett and the team’s mentality now tied 1-1. 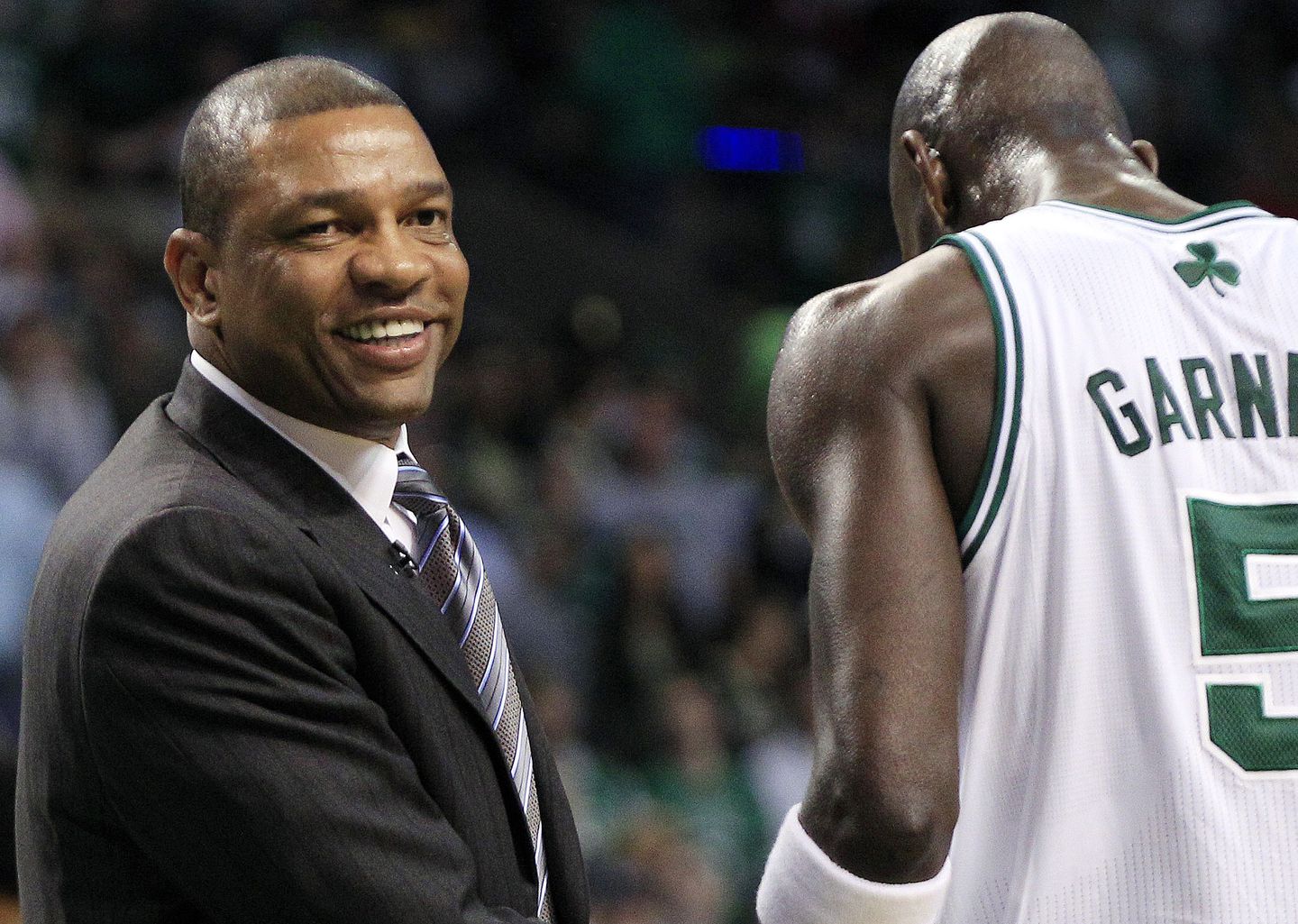 How did your guys end up going away from Kevin Garnett in Game 2?:

“Maybe we weren’t a smart team last night or a well-coached team last night because that was obviously the gameplan to go there. We were in transition a lot and never really got into our sets. That happens in games; you see it all the time. We just took too long, and I said that after the game, to get into it. It took to long to establish it. We took timeouts to get into it and we just never really did.”

How hurt is Paul Pierce?:

“He’s not hurting himself by playing, but he’s probably not healing, either.” If you had won Game 2, would you have considered giving him Game 3 off to heal up?: “I doubt it. Eddie just says at this point he needs to play. After Game 4 there’s a break and hopefully that will help. But right now we have a lot of guys that are banged up and we’ve just got to get through it. We didn’t play well [Monday] night. That had nothing to do with injuries.”

But his numbers would indicate he’s just not capable of giving you the production everyone is used to seeing:

“We’ve got to figure out a better way of getting the ball to him in different spots, away from traps. I think Paul has to do a better job of handling those. I thought in the first game he was terrific down the stretch. … Our three baskets down the stretch in Game 1 was off of a Paul Pierce play. They’re trapping him everywhere and he moved the ball.”

Do you have to resist the temptation of saying that the shots that weren’t falling in during the second and third quarter usually fall?;

“We did miss a lot of open shots, but we still didn’t play right. I don’t ever look at if shots go in or don’t go in. I look at how we’re playing and I never thought we played right. I thought we took a lot of jump shots, a lot of early-in-the-clock jump shots and a lot of them were open. I thought that was part of the reason Kevin didn’t get the ball, because guys were jacking up shots. You can pass up a good, average shot and get a great shot to Kevin in the post and I didn’t think we exhibited the discipline to do that.”

Does Rajon Rondo need to be better defensively on the ball?:

“Well I think we’re inconsistent and he’s inconsistent there. … I thought we were all, in Game 1, we were off the ball way too much, and that was everybody. I thought in Game 2 we were inconsistent with it and Rondo has to be better at it.”

The referees appeared to be consistent with the late call on Garnett. Is the gripe just the timing of the call?:

“It’s a tough call and I’m going to stop there. I was not happy with it. If you look at it closely, Iguodala actually had Kevin’s arm from underneath and that was what pulled him out. But, listen, it was called. And like I said, we put ourselves in that position for a call or for a crazy shot to go in and for us to lose the game and it happened.”

Philadelphia has to feel good as the eighth seed going home with a 1-1 tie. Do you have the same mentality that they had to start, that you need a split at their place?:

“We want to win both. We’re going to take one at a time. We don’t go for splits. … But we have to play better. In my opinion, Philly has outplayed us in both games, we just won one of them.”