This offseason, Cortland Finnegan signed a five year, $50 million free-agent deal with the St. Louis Rams. Finnegan was brought to St. Louis to help out the secondary that struggled mightily lasts season. The pesky and feisty cornerback has a reputation for playing with an edge and his toughness will be a welcomed addition for the Rams. Finnegan will be asked to not only anchor the back-end of the defense but also bring some attitude to a new-look Rams team that has been living in the basement of the NFC West for all but one season in the last five years.Cortland Finnegan joined ESPN 101 in St. Louis with the Fast Lane to talk about whether he just wants the preseason to end, how different this defense in St. Louis is from the one in Tennessee, if he has noticed a difference in the officials and what he thinks about the pieces on defense in St. Louis. 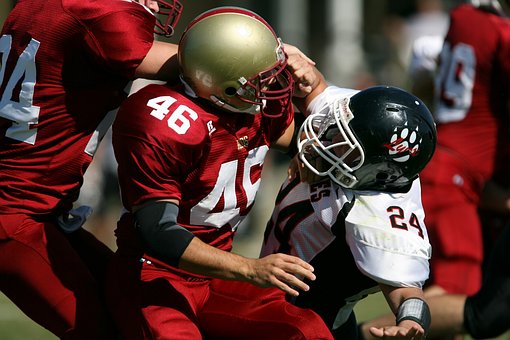 Whether he just wants the preseason to be over already:

“Yeah but we still want to fine tune the defense. We’re still getting to know one another and the defense itself so I think every game is important for us no matter what game it is. When you’re out there you just have to play football.”

What the defense learned in the previous game against Dallas:

“Eliminate the big play. It’s one of those things where communication is everything. I think as a growing defense and a growing team you always want to have communication. I don’t think you can harp on how import that is and if not everyone is on the same page then big plays happen. When you eliminate big plays through communication, you make them earn everything and you see yourself being a good defense. That’s something we want to be but we slowly have to continue to build the trust in one another and communicate more.”

How different this defense in St. Louis is compared to what he was used to in Tennessee:

“It’s night and day. The terminology, the things that we did, absolutely. That’s one of the reasons I wanted to come and broaden my horizons and knowing what the defense was about, I loved everything about it. It’s one of those things where everyone is learning and we’re not going to hold it as a crutch because come week one we need to be ready no matter what.”

Whether he has noticed a difference in the replacement officials:

“I’ve noticed a difference and I won’t say if it’s good or bad one way or another. I’ve just noticed it’s been a big difference. It has.”

Whether the team has talked about wanting to reach a set number of wins this season:

If he plans on trying to get under the skin of Calvin Johnson in week one:

“From one of my best friends being a middle linebacker over there, just seeing Calvin Johnson in person and knowing him, you respect him so much for how he approaches the game on and off the field that I’m not sure you try to get in his head. I think it’s a team effort to really slow him down. If you’re honest with yourself he’s a beast.”

On the Rams defense this season:

“I definitely want to add the added spark that this time already had. James (Laurinaitis) heading up the middle with JoLonn (Dunbar)  and I think so many pieces right now we have are just capable of setting the tone early and often and it’s just something that we need to do from week one. Set the tone and really let that be the staple of our defense is an attack defense.”