Brady Hoke is not a small man. And he seems to have a really great sense of humor. And that’s why the Michigan coach is shrugging off Notre Dame coach Brian Kelly’s comments that he is husky. In fact, Hoke doesn’t really care if you go so far as to liken him to former comedian Chris Farley.However, the fact that Hoke is a big guy with a defensive, physical mindset when it comes to football doesn’t have him laughing about the Wolverines’ play in the trenches so far this season. Hoke admits that he’s concerned about stopping the run heading into Saturday’s top-25 battle with the Irish. 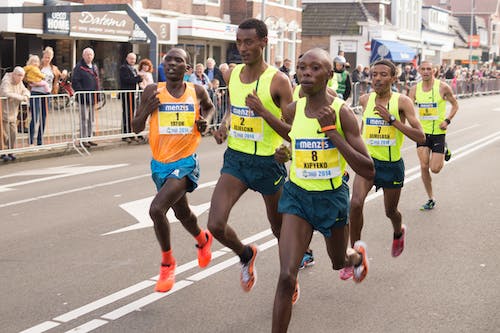 Brady Hoke joined WXYT in Detroit with Stoney and Bill to discuss his concerns about stopping the run, the progression of Denard Robinson, Michigan’s top rivals, Brian Kelly calling him husky, what he’s seen of Notre Dame on film and Notre Dame quarterback Everett Golson.You guys have had trouble stopping the run. Does that concern

“No question about it. On both sides of the ball, us being able to establish the line of scrimmage, establish the running game without it just being Denard. And then from a defensive standpoint, two things — the run, playing the run better, getting off blocks, hitting the run better, and then I would say the turnovers that we have not produced from a defensive standpoint. … We need to do a much better job playing tighter coverage. We need to get better pressure on the quarterback. And we need to have better pursuit and angles to the football.”

Is Denard Robinson getting better in your eyes? Because, in the passing game, we haven’t seen it yet:

“I thought last week he threw the ball very well. Really, he thought three throws that he didn’t perform with and we really thought there were two. One was the interception that was a little bit behind the receiver … and then he kind of aimed a throw … instead of letting it come off his hands.”

If you had to rate the three programs in terms of Michigan’s rivalries, how would you rate Michigan State, Ohio State and Notre Dame?:

“I think they’re all a little different. They’re different from the standpoint of the Notre Dame game being a national rivalry. We started the rivalry in 1887, but there’s been some years that we haven’t competed with each other. But on a national scale, I think it’s still a tremendous rivalry. The Michigan State game is an in-state rivalry that is very heated. People, they draw a line in the sand. … And then I think the Ohio rivalry is one that is so intense and so passionate. To me, it’s the best rivalry there is.”

“Well, I think I am. … Large, husky, whatever. Chris Farley. Any of those things are fine.”

What did you see on film of Notre Dame when the Irish thumped Michigan State?:

“I think they’re a really good football team. From an offensive and defensive standpoint up front, they have four seniors on the offensive line. I think they did a nice job in how they managed the game from a play-calling standpoint. … All those things that hurt them early last year, they’re doing a real good job with. Defensively, their front seven is very physical up front.”