It was about eight months ago when Brandon Roy made an incredibly tough decision to walk away from the game of basketball. Despite being a three-time NBA All-Star and just 27-years-old, Roy’s knees looked like they had finally gotten to the point where the grind of the NBA was too much. So he decided to retire. Seeing a player so talented, walk away from the game that he loves so much at such an early age was incredibly heart wrenching.After eight months of thinking, resting, missing the game, more surgeries and heavy rehabilitation, Roy has decided to make a comeback. A number of teams showed interest in him this offseason but he ultimately decided to continue his career in Minnesota with the Timberwolves. It’s been 15 months since he has stepped foot on an NBA court and unknown how effective Roy can be for the Wolves or even how many minutes he can provide, but with an All-Star talent and All-Star person like Roy it was worth the Timberwolves finding out the answers to those questions.Brandon Roy joined KJR in Seattle with Dave “Softy” Mahler to talk about the process that caused him to retire, what he thinks changed that caused him to feel he was healthy enough to come out of retirement, how much he plans on playing with the Timberwolves on a nightly basis, if he thought about returning to Portland this offseason and why he decided to go to Minnesota this offseason. 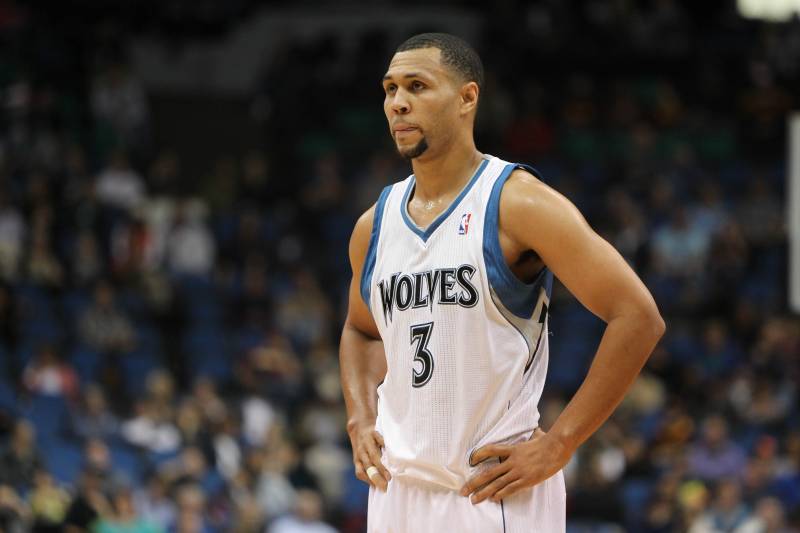 On the process that caused him to retire:

“It seems so long ago because so much has happened since then but that process was a tough one for me, with the whole lockout, I think everyone knows how hard that was, not only on the players but on the fans and when the lockout was finally lifted I decided to start working out, start preparing myself a little more seriously for the season and I had some good conversations with Coach Nate, Larry Miller, Chad Buchanan and I was looking forward to the year. When I went down there to get my physical with the team doctor and trainers they thought it would be in my best interest to maybe stop playing basketball. They just thought my knees were, they weren’t done at that moment but they thought they were progressively getting worse. It was something that really concerned me so I ended up talking with my wife and talking with the team and we just tried to figure out the best way going forward. It was a difficult situation. It’s not easy to walk away from basketball at any age, especially at 27. That was really, really hard for me. But I had worked with those doctors for years, I trust their opinion and we thought it was the best thing to do. That first month or two I didn’t really want to watch basketball. I didn’t want to play and I was just sitting at the house and trying to do alternative things but that bug just keeps messing with you and I just slowly started to play basketball. I’d go out and play with my cousins and friends and the more I would play the more I thought ‘I don’t quite want to give this up yet.’ That’s where I kind of started the process to start working out a little more seriously to see where I was at.”

What he thinks changed for him that made him believe he was ready to come out of retirement:

“The number one thing that happened was rest. I’ve really had over a year of just resting because after the season ended I didn’t play much basketball and coming back last year, after having two knee surgeries, I was really discouraged because I was trying to play and my will wanted me to do more and it was just too hard after having two knee surgeries mid-season. The NBA is hard enough when you are healthy so coming back after having two knee surgeries and trying to play I thought I got a little down on myself. Resting after the season and getting my confidence back I felt like ‘hey my knees are getting better.’ Then with sitting out through a whole 66 game season the number one thing was just rest. I went back into the gym and started playing. It was two days in a row, three days in a row and then the next thing you know I’m going two times per day and my knees aren’t feeling worse so I’m like ‘hey maybe this resting, something I’ve never been able to do in my life, that helped tremendously,’ even to the point where I was thinking I didn’t have to do the Regenecon because my knees feel so good. Talking with my agent he said ‘no let’s just do everything we can to make sure you’re 100 percent sure that this is what you want to do.’ I went to LA and worked with a doctor that worked with a couple of players, they said it was great. After the first day of doing it I was laying in my hotel room and I said ‘man this can’t feel this good. I can’t possibly really feel this good.’ I ended up finishing the treatments which was five injections and I just feel great. Ever since then I have been in the gym working and taking steps to build. I don’t want to peak right now. I’m not in top shape right now but I want to build and just get back into basketball mode. Ever since then I’ve been feeling great. You know me, I wouldn’t be going back out there if I wasn’t ready to play at a high level. I’m just preparing.”

How much he plans on playing with the Timberwolves:

“I would say right now I am preparing to play. If that is starter minutes then that is great. Talking with Minnesota, we’re not going to put any limitations on anything. We’re going to go in there, work and see how I feel. I’m envisioning coming back and playing and I haven’t told myself no it’s not going to be this many minutes. I thought last year, with my last season with Portland, I was kind of kept at a minute restriction and it just really bothered me. I wanted to play more but they thought it was best that I didn’t. Right now I’m just going to approach things as if, I told Coach Adelman I’m ready to go  and it may be in the long-term’s best interest if I’m not a 38 minute guy but I’m looking forward to it. I think it’s just a great situation for me and you know me man, I’m going back out there to play. I wouldn’t be coming back if I was going to be a 15 to 20 minute guy, I would continue to just sit out. I think my future’s bright and don’t want to get into too much talking about it, I would rather just go out there and prove myself.”

Whether he thought about returning to Portland:

“With the amnesty rule I’m not allowed to go back to Portland until I think 2014 or 15 so it was never an option. If it was of course I would love to be back in Portland. With the rules and amnesty I wasn’t allowed to be able to sign with Portland. Going into the process I knew right away that I would not be able to play back there so I didn’t get a chance to think about it much.”

Why he decided to go to Minnesota:

“The number one reason for me was, of course you look at the team and I looked at the team with (Ricky) Rubio, (Kevin) Love, big (Nikola) Petkovic but the number one reason was their owner, their coach, their trainer, they flew out here to meet with me. We sat and talked for three and a half or four hours and for two hours we talked about basketball of course but the other two hours we talked about family, relationships and just getting to know one another and I felt comfortable. After that meeting I was thinking man it’s going to be hard to turn these guys down. The reason for me was they just believed in me. They really believed in me and have that confidence where we believe Brandon Roy can come back and still be a good player in this league. I’m the type of guy where I think you can get more out of me when you have that confidence that I can go out there and really play well. They had it. From day one meeting with them they have been all over this, they wanted to get it done and it was a tough decision, it was a really tough decision but at the end of the day when I decided to say Minnesota I felt I was at peace and it was the right thing to do.”