Bernard Pollard: “We can’t keep asking our offense to score 35 points per game”

This past weekend the Baltimore Ravens snuck away with a win against the Dallas Cowboys and moved to 5-1 on the season. It came at a price though. The team’s emotional leader and legend, Ray Lewis, was lost for the season with a torn triceps. That’s not the only loss the Ravens suffered. Baltimore will also have to play the remainder of the season without Pro-Bowl cornerback and up-and-comer, Lardarius Webb, who tore his ACL in the win. Through six games, the Ravens are where they need to be record-wise and they are still one of the best teams in the AFC but the road to the playoffs just got a lot bumpier with two critical losses that could cripple a Baltimore defense that is no longer what it used to be. Bernard Pollard joined 105.7 the Fan in Baltimore with the Norris and Davis Show to talk about the injuries to Ray Lewis and Lardarius Webb, why he thinks tackling around the NFL has suffered, what he thinks of the Texans, how it feels going back to Houston where he used to play and what he makes of the lack of winning teams in the AFC this season. 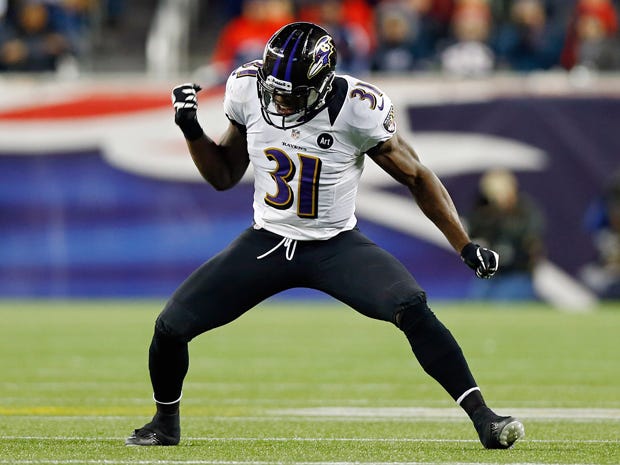 On the injuries to Ray Lewis and Lardarius Webb:

“It’s definitely tough. It’s a bad loss for our team and it’s a bad loss for the city. Ray is a legend here and for him go down the way he did, I mean we were watching the film yesterday and the guy was out there making one-armed tackles. You see an arm dangling and it was pretty bad. For Lardarius, he has worked his tail off this offseason to get his contract, to come out and he’s been playing really well so just to see those guys go out like I said it’s a tough loss for us. It’s the next man up. Not to rehash anything but injuries have hurt us. They’ve hurt our team and we have to continue to regroup. The season is going to go on and we have a problem that we need to solve and that’s stopping the doggone run.”

Why he thinks tackling around the NFL has suffered:

“It’s not the lack of practice time. You can’t beat each other up in practice and the fans have to understand that. For me, as I said before after the game, I pride myself on tackling and for me to approach that tackle or approach trying to make the tackle that I did and it went for a touchdown, I cannot allow that. That’s one thing our team cannot do. We are a physical, tough defense and we have not played like that. We cannot miss the tackles we have been missing. We’ve had a lot of missed tackles but as far as around the league I don’t know. I don’t watch a lot of football games. I just know for the Baltimore Ravens we have to continue to find this problem, we have to solve it and we have to go play.”

What he thinks of the Texans:

“Very powerful offense. Their offensive coordinator is a brilliant mind. Gary Kubiak is probably one of the most brilliant offensive coordinators I have ever seen. The guy knows how to put his players in position, he knows what to call, how to call it and when to call it. We’re going to have to be on our A-game. This week it’s going to have to be, you never want to say perfect in football but we have to be close to it. We have to do things right, we have to know where Andre (Johnson) is at, we have to know where Arian (Foster) is lined up at and we have to know where Owen Daniels is at. Matt Schaub is going to throw that ball. He’s going to throw the ball 30 plus times but they’re going to run it 30 plus times as well. We have to be on our A-game and it starts with our secondary. When that ball breaks we have to get it on the ground. Any time we mess up in the secondary it’s always six points. It never fails, it’s always six points. We take this seriously. It’s not like we go out there and say we’re going to miss a whole bunch of tackles, lets’ go have some MA’s (missed assignments) everywhere, we’re not saying that. It’s just this game, those guys are getting paid just like we are. They came out of a bye week and they came in here with a determination to win. Just thankful we pulled off the victory.”

How it feels to be going back to Houston where he previously played:

On the lack of winning teams in the AFC:

“No. We have a lot of good teams that are capable of winning. To be on the top, it takes me back to 2010 when I was with Houston, we started off 4-1 I believe it was but we couldn’t stop a nosebleed as far as the running game, we couldn’t do it. That was the last game we won. We lost 11 straight games. Everyone is talking about 5-1, that is great for us to be 5-1, I’m so excited to be 5-1 but at some point, we have to help our offense out. We can’t go out there and ask them to score 35 points per game because it’s going to catch up at some point. Like you see in Kansas City, we barely squeaked out of there. We have to be able to stop this run, we have to be able to control the pass and do certain things to get back the ball. We can’t continue to go in and ask them to score 35 points per game, that’s just not going to happen.”