Baptism By Fire, Josh McDaniels Has A Rough Start to His Coaching Career

I have no idea who to blame for the whole Jay Cutler fiasco.  People who are more in the know than me say Cutler’s just a bad guy.  I’m sure both sides played a role in this soap opera, but I lean more to Cutler being at fault.  Trade talk is a part of the game and it seemed to me that Cutler acted like a petulant brat.Cutler is obviously very talented, but he’s not going to have the same receiving weapons in Chicago that he he had in Denver.  I think the Broncos made a tremendous deal getting two number one draft picks, a number three, and a serviceable quarterback in Kyle Orton. They have nice weapons in place in Brandon Marshall, Eddie Royal, and Tony Scheffler plus good young bookends at tackle.Coach Josh McDaniels joined FM Sports Radio 104.3 the Fan in Denverto discuss the trade.  The hosts are former Bronco Alfred Williams and former NBA player Scott Hastings.  After listening to him talk, I can very easily see how he sold himself to Pat Bowlen for the head coaching job at the ripe age of 32.Will you sit back and look and think that you could have done things differently in the Jay Cutler situation? 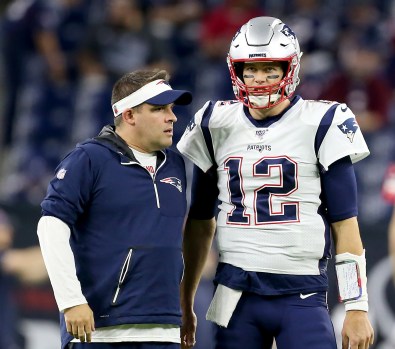 “You really can’t look back and that doesn’t help you going forward.  We tried everything we could try to hope to resolve this situation the way we had hope to resolve it…it needed to be a two-way commitment and that was never apparent and that was made very clear to Pat and myself just a few days ago that that was never going to be the case.  At that point, you do the best thing for your organization and your team…and try to improve your team as much as you can with the deal that we did yesterday which we felt was very fair and hopefully will improve our team going forward for a long time.

When asked why was there such a rush with the 10 day window in the off-season:

“If the owner of the franchise wants to speak with somebody I think that is something that should be able to be accomplished at any point of time during course of  the year.  I think by not responding and not communicating that really just showed Pat where his intentions were.  We communicated with his agent and it was very clear that that was it.  He had basically crossed that bridge and he wasn’t intending to come back here and had no desire to play for the Broncos and  for Pat.”Josh McDaniels on how the Broncos franchise moves on from this plus he talks Alfred Williams off the ledge and the full interview after the jump.

How do the Broncos franchise get over this?

“By winning.  That’s really a simple answer…because  you look at the teams in the league, the ones that are winning are happy and the ones that are losing aren’t.  That’s how I judge myself, that’ s how I judge any player, any team…is do they win and have they won.  Our expectations and goals for this season have absolutely not changed.

Alfred Williams still isn’t buying it and asks Coach McDaniels to talk him off the ledge (and he succeeds!):

“Alfred, let me talk you off the ledge.  When I came here I said we had to improve the team and I mean that whole-heartedly and I can just give you a few examples of what I’m talking about.  We had 17 two-minute drives last year…we scored one field goal.  We had 30 turnovers in this league, that was second most in the NFL.  We were one of the first teams in NFL history to be in the top five in yards and not be in the top half in points. There’s significant improvement that jeeds to happen everywhere.  There’s this perception that the offense is on a pedestal and the defense caused 8 losses.  I think that’s not reality.”