The loft and lie of clubs are often misunderstood specifications . They can be difficult to explain without pictures , but we will keep it simple and use basic ideas that will help to you get the idea .

Loft: To start, think of a golf club in your hands, sitting flat on the floor in a playing position. Then imagine a vertical straight line starting from the center of the club face an extends upward to the sky. The club face angles backward to give the ball loft when it is struck. The angle between the imaginary vertical line that we envisioned and the club face is called the “loft”.Golf clubs have varying degrees of loft, lower angles for the longer clubs and getting progressively larger for the shorter clubs. For example, the typical driver loft is normally 9 degrees to 12 degrees depending on how high you want to hit your drives. The 3-iron typically has 20 degrees of loft, the 5-iron has 25 degrees, the 7-iron has 32 degrees, the 9-iron has 41 degrees, and so on down through the wedges. The lob wedge will have the most loft at 60 degrees. So, we see that the shorter clubs have the most loft to lift the ball higher with additional spin. 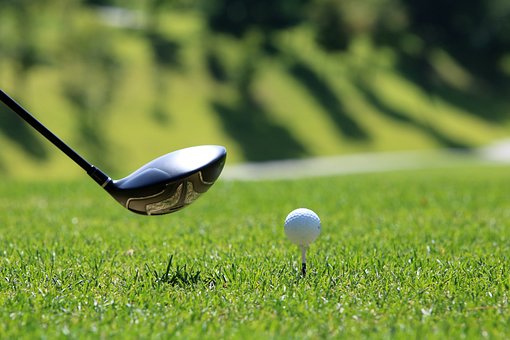 Lie: Again, we need to imagine a golf club in your hands, sitting flat on the floor in a playing position . If the sole of the club is contacting the floor at a point that is directly under the center of the club face, it is sitting in a good position for you. In that position , the angle between the centerline of the club shaft and the floor (between your feet) is called the “lie”. If the toe of the club head (the end farthest away from you) is pointed upward, the contact point between the club and floor will be more toward the heal of the club (the end of the club head nearest your feet). That position is not correct for your physique and will result in shots that will travel to the left or hook left (assuming you are right handed). In this case, you would require a lie angle adjustment (bending) that would lower the lie angle by 1 to 5 degrees, depending on the severity .Conversely, if the lie angle is too flat ( meaning the bottom of the club is contacting the floor nearer the toe), your shots will have a tendency to fly to the right or fade (again, assuming your right handed).

Conclusion: If your golf clubs do not sit perfectly flat , contacting the floor at the vertical centerline of the face, you may need to take them to a pro shop to have them adjusted. It should be noted that the typical stainless steel cast irons can only be bent a maximum of 3 degrees. Carbon steel forged clubs can be bent up to 5 degrees. It should also be noted that it is extremely difficult to bend drivers or fairway woods. It’s a difficult task that normally leaves dents and marks on the head.