Of the five finalists for the Heisman Trophy, Tyrann Mathieu might be the biggest surprise. Even he says he thought people wrote him off when he was suspended for a game earlier in the season.  But Mathieu simply continued to make big play after big play, most recently against the Georgia Bulldogs on national television in the SEC title game. Heisman Trophy voters took notice, and wound up recognizing his talent when it came time to vote. That said, Mathieu doesn’t particularly like his chances. The LSU defensive back says the odds are stacked against him, but that every one of the finalists is deserving and he’s just looking forward to spending time with the rest of the gang in New York. 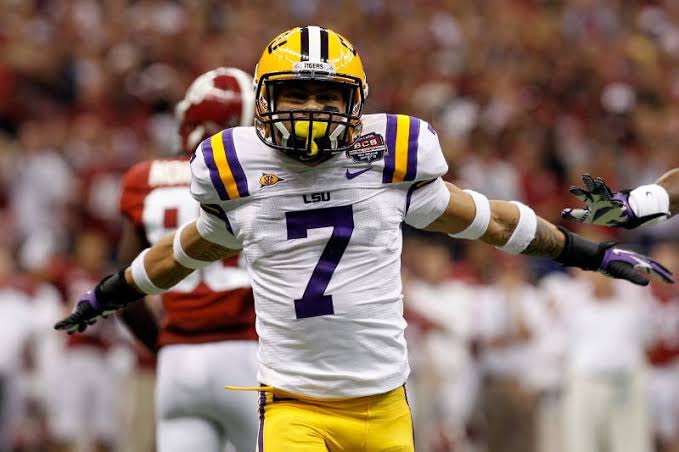 Tyrann Mathieu joined ESPN Radio with Scott Van Pelt and Ryen Russillo to discuss his reaction to being named a finalists, what his friends and family said, his odds of winning, being constantly around the ball on defense, his chances being hindered by the suspension, why he has a knack for getting to the end zone, playing Alabama again and the status of the Honey Badger nickname.

What was it like to find out that you were a Heisman Trophy finalist?:

“I think I found out when the rest of the world found out, just sitting in front of the TV. I was shocked and surprised when they announced my name.”

What kind of reaction did you get from family and friends?:

“All those guys, they’re happy for me. I got a million phone calls, a million text messages saying that they were proud of me and that I really did do a lot for my team.”

Have you ever been to New York City before?:

What kind of odds do you think you have of winning?:

“I definitely think the odds are stacked against me. I think all of the finalists are well-deserving to be the Heisman Trophy winner. I’m just going to take this experience and just really look forward to being around those guys and learning more about the other finalists.”

You made big plays all season long. Is there just something different about you that you’re always around the ball as a defender?:

“Yeah I think coaches surround us with a lot of great athletes and we motivate each other, compete with each other, challenge each other to be the best that we can be. I’m surrounded by a ton of guys with great talent, so I just go out there and just play my heart out for those guys and compete with those guys.”

Do you think your chances were hurt at all because you were suspended for a game?:

“I think me getting suspended definitely took me out of the Heisman race early in the year. But God is good and I think I stayed the course and just remained humble, stayed grounded and just looked forward to getting back out there with my team and just making those plays that I’m accustomed to making.”

When you have the ball in your hands, it seems like you have a knack for getting to the end zone. What goes through your mind in that situation?:

“I always was an offensive player, so me moving to defense my sophomore year in high school, the chances of getting the ball and getting to the end zone have become slim. Once I get the ball in my hands, I just try to make a few guys miss and try to get to the end zone to put some points on the board.”

How different do you think the matchup will be with Alabama this time around?:

Do you still like the Honey Badger nickname or has it run its course?:

“It’s kind of both. You don’t want to let the Honey Badger take over the Tyrann Mathieu. You’ve just got to stay humble, keep a level head and just realize that the Honey Badger is just that person that goes out and takes the field on Saturdays.”