This past week was seemingly all about high-profile running backs taking big hits to their Heisman Trophy chances. Both Oregon’s LaMichael James and South Carolina’s Marcus Lattimore have seen injuries set them back or eliminate them from the race. However, one running back used a big week to ensure that he’s right in the thick of things at the season’s midway point. Alabama’s Trent Richardson rushed 17 times for 183 yards and four touchdowns as the Tide crushed Ole Miss on Saturday. Richardson now has 912 yards and 15 touchdowns, ranking second and third nationally, respectively, this season.Trent Richardson joined WJOX in Birmingham with The Roundtable to discuss his big game, his dazzling 76-yard touchdown run, the comparisons between this year’s team and the national championship one in, the leadership of this year’s team, what he learned watching Mark Ingram during his Heisman campaign and the rivalry with Tennessee. 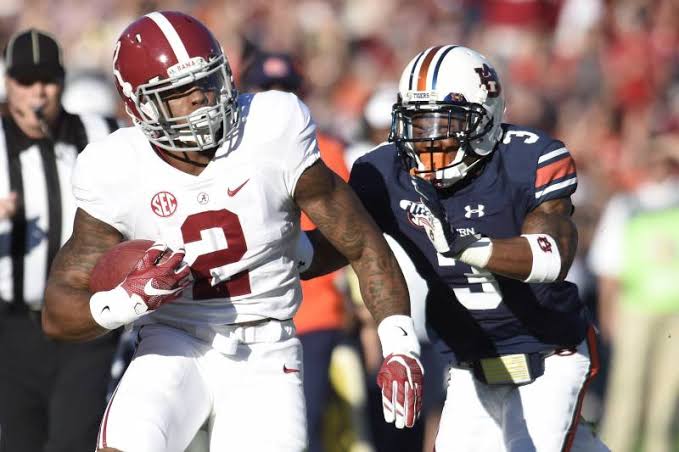 Did you feel going into the Ole Miss game that it was one where you might have a big day?:

“Not really. I take every game like that. … You try to play every game one at a time and have my mindset ready to play when I do get in.”

During the game, do you keep track of how many yards you have?:

“Not really, man. I just know that I’m trying to go out there and work hard and whatever I get, I get. I don’t even worry about the yards.”

How many times have you watched the 76-yard touchdown run?:

What type of differences do you see between this team and the 2009 national championship team?:

“I really don’t ever try to throw out comparisons, but I really see a lot of leadership on this team. Compared to the 2009 team, that’s what we had. … We’re just out there to be role models and just try to keep our team up and try to keep everybody humble and not get complacent.”

Is that the biggest difference from last year’s team, the leadership?:

“Oh yeah. I don’t think a lot of us last year was ready for the leadership role. Some of us just wasn’t saying nothing and we had stuff to say. That’s where we filled the role this year and made sure we got everything out, made sure everyone was on the same page. We work to hard not to be the team that gets to the next level of winning games more than we did last year. We were only three or four plays away from being in the national championship game last year and that’s something we don’t want to be.”

You’re in the hunt for the Heisman Trophy. What did you learn from Mark Ingram during his Heisman season?:

You play Tennessee this weekend. Is this still a big rivalry for you guys?: