It’s been a disappointing season for the Detroit Pistons as they sit at 19-32, currently at 11th in the Eastern Conference standings. Former Clevaland Cavaliers assistant coach, John Kuester, was hired to rebuild the Pistons back to championship form. Although it has been an up-and-down season so far for Detroit, there has been one bright that has emerged over the last few months. That bright spot is rookie center Greg Monroe. Monroe was recently named a participant in the T-Mobile Rookie Challenge & Youth Jam along with playing in the NBA Rookie-Sophomore game during NBA All-Star weekend in Los Angeles. In the month of January, Monroe has averaged nearly 11 points, nine rebounds and two steals during his 32 minutes per game. The former University of Georgetown standout was selected number seven overall by the Pistons in the NBA draft and early on has become a formidable centerpiece for Detroit. Greg Monroe joined WDFN with Sean, Terp & Killer live at Motor City Casino Hall to discuss the Detroit Pistons playing better of late and that having to do with his play, being a “throw back” kind of player, did it take him awhile to get acclimated to the NBA game, his relationship with head coach John Kuester and what does it mean to be named to play on the Rookie-Sophomore game at NBA All-Star Weekend at the Staples Center. 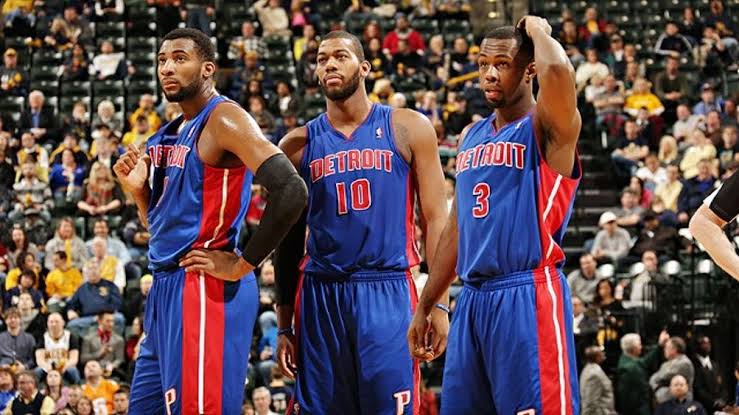 Let’s talk about what’s been happening on the court. The Pistons have been playing better basketball and that coincides with your ascension as a player in the NBA as well. What’s been the difference?

“I mean I wouldn’t necessarily say that, but as a team we have been getting better a lot this month. Everybody is paying a lot more attention to detail. I think everybody has finally gotten on the same page understanding what the coach wants. I think that’s benefited for everybody.”

You seem to be a “throw back” kind of player. You don’t care about the personal stuff. Is that fair to say?

Did it take you awhile to get acclimated to the NBA game? What has been the difference in the improvements in your game in the last month? What do you attribute to that?

“I definitely did have a learning curve. I definitely had to get acclimated to the game. You know the players are a lot better. The game is a lot faster, so I think you know the first couple of months I was trying to learn and get caught up with the speed of the game. Things like that.

Talk about your relationship with coach John Kuester here in the early going? Do you feel that when you make a mistake you should come out and talk about it or should you try to play through it and learn as you go? Do you need to find a balance?

“I think he [John Kuester] has been great with me from the start. You know coming in, he has made me earn every minute that I have played. I’ve been learning a lot under him in games and in practice. You know I’ve made a lot of mistakes and he’s definitely kept me in sometimes. He’s pulled me out to go over some things with me, so I would say he’s been doing the same thing with me. He’s been patient with me. He’s also given me a lot of confidence with him having confidence in me, so I mean he’s been very good with me.”

What does it mean to be named to play on the Rookie-Sophomore game at NBA All-Star Weekend at the Staples Center?

“Definitely, definitely. I think it’s a big honor. I’m very happy to be a part of that. You know just being a part of that whole weekend. All-Star weekend is a great weekend. It’s a showcase of this great league and just being able to a part of it my first year and to go in and represent the rookies…I’m looking forward to it.”

Once Greg gets stronger and gains a few pounds he will become one of the best players in the league. He’s so smart and knows the game so well. He can dominate the boards at time. He’s the next Hoya Destroya. He’ll become the ideal pick and pop big man in the next few years.