The Chicago Bulls had a tremendous regular season. They went from being the eighth seed and a one and done team in the playoffs to a dangerous force in the Eastern Conference and a team with the best record in the league. Derrick Rose emerged as an MVP candidate and looks like the kind of player to carry the Bulls into the next decade. And Tom Thobodeau was recognized as Coach of the Year after turning the Bulls into one of the best defensive teams in the league. Even though they were bounced from the playoffs by the Miami Heat, it was still a tremendously successful season in Chicago and the future looks extremely bright. With a young core in place led by the reigning MVP, the Bulls will once again have a strong say in which team from the East advances to the game’s biggest stage next year.Tom Thibodeau joined ESPN Radio in Chicago with Waddle and Silvy to talk about the season, what he made of Carlos Boozer in the playoffs, whether or not him and Joakim Noah can coexist, what he thinks Noah can improve on, who he thinks is better between LeBron James and Michael Jordan, and what he said to Derrick Rose during his exit interview. 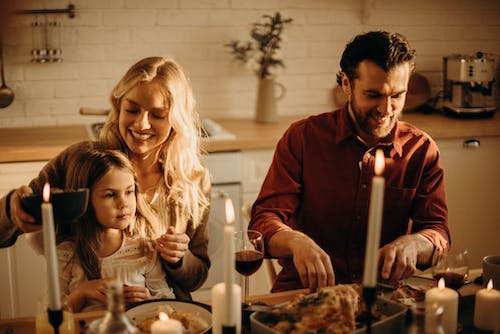 I said before the break, about one of the players more polarizing. It’s debated a lot on our show, debated with Bulls fans a lot, Carlos Boozer’s contributions. Had a good regular season numbers wise and I know he had some injuries but a lot of people were disappointed with his play in the playoffs. What can you tell us?

“Well, and your right. When you look at his entire season overall, I thought he had a good season. He averaged 18 and 10 and when you study power forwards in this league, there’s not many that do that. I also think that it was a big adjustment for him. He got hurt one week into training camp so he missed three weeks of training camp and the first month of the season. That’s a lot to miss. Then he was actually playing very well for probably a month and a half and then he sprained his ankle. Then came back after the All-Star break, recovering from the ankle injury and then he got the turf toe. That’s a tough injury. I know many people don’t understand what it is but I thought he gave us everything he had and again, I think he will be a lot better next season. The big thing is for him to come in healthy.”

In your eyes, did he and Noah ever truly get on the same page being on the floor at the same time?

“Yeah they did. Our record with those two starting was 24-5. So people say that they don’t complement each other, I don’t buy it. The defense was very good with both of them so, we had two guys miss a big chunk of the season. Carlos missed a bunch of games as did Joakim. Our bench came through for us and they got a lot better and played terrific. It took our entire team.”

“With Joakim, it was similar to Carlos in the sense that Joakim put a lot of work in over the summer. He was in the gym twice a day and I thought he made great strides. He jumped from 11 points a game to almost 15 prior to injury. I knew, when you miss the amount of time that he missed, I knew it would be very difficult when he came back. His conditioning wasn’t the same, his rebounding dropped off and it was a hand injury, a pretty serious one, so he was doing a lot of one handed rebounding which he never does. The big thing was the conditioning and the timing, I thought he lost that but again, he gave us everything he had to come back and he put a lot of time into the conditioning. But conditioning on a treadmill, on a court, without any players, without getting hit, is a lot different from an actual game so I knew his numbers would drop off. But again, he is highly motivated, Joakim is, and I know he is going to work extremely hard this summer and hopefully he has a great summer and is ready to take off at the start of next season.”

Some of the best coaches in the history of the city have sported a fine mustache, have you ever considered growing one?

“If it meant a championship, I would.”

You seem to lose your voice early and often during the course of the game. Is it hard to communicate with guys in the huddle during timeouts and throughout the game with all the loud noises in the crowd?

“I think they can understand what I am saying. They understand what the plan is going in and in our walkthrough we walk through everything we are going to do during the game. It’s kinda like a dress rehearsal for the game and of course, things comes up during the game and we have to make adjustments but we are able to get our points across.”Michael Jordan or LeBron James? Be careful, one of your ambassadors just got in trouble for this one. “I think at this point, you would certainly say Michael. I don’t think you could ever judge a player until he is done playing so LeBron is still on his way up going through his career. When his career is over, I think you can look back and that stuff is whatever his personal opinion is. I know it would be hard to beat what Michael has done.”

What did you say to your superstar, in his exit meeting, Derrick Rose?

“For the most part, I want to leave that private but he certainly had a great season. There are some things I want him to concentrate on to improve and the way his makeup his, he is already in the gym. He has already started working towards next season. I am confident that he will come back ready and improved.”