Sunday began just like it was any other Sunday for Tom Brady. The New England Patriots quarterback was clicking on all cylinders with Wes Welker and Rob Gronkowksi, driving the team down the field and opening up a 21-0 lead over the Buffalo Bills in the second quarter.Then, it all came crashing down. From that point on, Brady threw four interceptions and the Patriots scored just 10 more points. They lost for the first time in 16 games to Buffalo as the Bills took advantage of the blunders and came all the way back, winning on a last-second field goal.Tom Brady joined WEEI in Boston with Dennis and Callahan to discuss if he gets much sleep after games like that, the interceptions, Wes Welker’s big day, Chad Ochocinco’s progress, the worst play of the day yesterday and the Patriots’ hopes going forward. 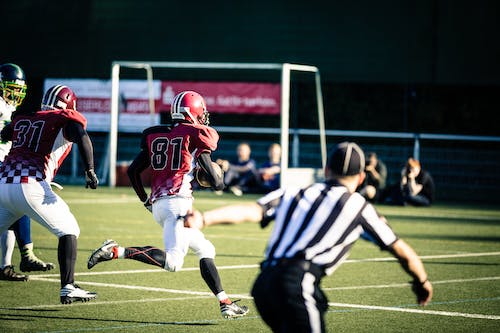 Do you get much sleep after a game like that?:

“I don’t sleep very well after any game. When you lose, and you lose the way that we lost, it’s a tough one to swallow. It was a long flight home, and I’m sure it will be a long week. But we’re the only people that can really do anything about it. We have a long football season ahead. We have a bunch of meaningful games. We’ll figure out what we did wrong and try to do it better moving forward.”

On interceptions that are tipped or batted, do you view those differently than picks that come from bad throws or decisions?:

“As a quarterback, you’re always trying to make good decisions with the ball. When you hold the ball, you pretty much hold the fortune of the entire team with you. Sometimes they make a play on a ball and it gets batted. Sometimes you could make a better throw, like yesterday on a few of the throws, and they make you pay for it. Sometimes they catch them, sometimes they don’t. Sometimes the ball just bounces to the ground and sometimes it bounces up in the air. That’s part of playing quarterback. … You’ve got to be able to rebound and go back out there and keep making good throws. In different ways, we responded yesterday. It was a tough environment. We had control of the game, but we really let it slip away.”

Do you worry about going to Wes Welker too many times?:

“He’s a huge part of our passing game. On a day like yesterday, we did have to rely on him. He gets open and he catches the ball and he does things with it. So, you’re always focused on getting him the ball. I’ve got a lot of trust in what he’s doing and his playmaking ability for our offense. There’s no doubt we’ve got to spread the ball around. Deion [Branch], for example, who I don’t think had a catch, I’ve got to get him the ball more. Because he’s a great player for us. I think when you do just throw it to one or two guys, the defense figures it out pretty quick. It takes every single guy on the offensive side of the ball to play an efficient, smart game in order to score points.Rob [Gronkowski] made a lot of plays yesterday, and Wes did. But I’ve got to figure out ways to get other guys the ball.”

Do you agree with Chad Ochocinco that he’s starting to settle into this offense?:

“Yeah, he’s been working hard at it. I think the last few weeks, he’s really been much more involved in the game and playmaking. And we’re going to need him. We’re going to need every single player on the roster. I have a lot of confidence in Chad. He works hard, he wants to do the right thing, he studies. He spends time after practice trying to get it right. It’s just been a lot for the new guys in particular, the rookies and for the veteran free agents, to really take in in a short amount of time. But we’re making progress each week, and it’s showing up. Chad is definitely making more plays for us, and that’s important for our offense. They’re going to have to defend everybody.”

What was the worst play of the day yesterday?:

“For me, it’s always the ones where I have guys open and I don’t hit them. I had one to Deion early in the game, a comeback route on our sideline that I missed and that really pissed me off. I had a third down play that I tried to throw to Julian [Edelman]. I tried to look the safety off and I threw the ball too far inside and he knocked it down. The interceptions, yeah, those piss you off. There’s no doubt about that. I try to evaluate the decisions I make. I don’t really feel like I’m forcing the ball. I just feel like they made some good plays. I give them credit. They earned it. I’m going to make them earn it as a quarterback. I’m going to make them earn it. I’m not going to give it to them. If they get them, they’re going to have to earn them.”

Did you know the last time you lost to the Bills, you won the Super Bowl?:

“That was a long time ago. I wish it was easy like that to make proclamations and so forth. But we’re so far from where we need to be as an offense, as a team, individually, we’re pretty far from where we need to be. We have to make those improvements so that the margin of error isn’t so slick. We’re going to see what we’re made of this week. I think everyone can’t wait to probably get on that practice field on Wednesday and see what we’re all about.”