After the Patriots second-straight Super Bowl loss to the New York Giants, many people around the country needed to point the finger at someone for the win and for the loss. Eric Wilbur from the Boston Globe decided to point the finger at Tom Brady here. It comes with the territory though. The quarterback is always going to be the most criticized player on the field, just like they will get the most credit. This one isn’t solely on Brady though. He deserves his fair share of the blame, but there’s lots to go around and there are lots of reasons to praise the Giants for their performance. While Brady was outplayed by Eli Manning and he has come up short in his last two Super Bowl appearances, his performance on the game’s biggest stage was hardly “disgraceful” and this writer’s opinion is a little over-the-top, which he admits.
At one time Brady completed 16 straight passes against a defense that hit its stride in the postseason and threw two touchdown passes. His performance wasn’t good enough to win last night and he cost himself a shot to be the best QB of all-time, but Brady will be back.Eric Wilbur joined 98.5 The Sports Hub with Toucher and Rich to talk about the backlash that he has received for his column on Tom Brady, why he thinks so many people were upset with his column, if he still believes what he wrote last night now that he has had some time to sit back and reflect on it, how the loss affects Tom Brady’s legacy, and who he puts the most blame on for the Wes Welker dropped pass. 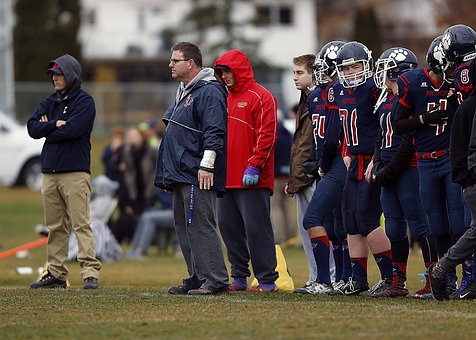 On the backlash that he has received for his column on Tom Brady:

Why he thinks so many people were upset with his column:

“I guess because I dared criticize the god of New England. If he had won that game we would’ve lauded him as the greatest quarterback ever so if he messes up in the game and loses it why can’t he take some of the poison? It seems like fans can’t admit that.”

If he still believes what he wrote last night now that he has had some time to sit back and reflect on it:

“I still believe it. There were a lot of people saying ‘you know sleep on this and you’re going to look bad in the morning.’ It was a little over-the-top and I admit that but I think that was purposely so just because like I said if he would’ve won the game it would’ve been ‘oh Tom Brady’ so you know what? Let him get a little bit of the criticism. I guess that’s what people don’t get. It was a little over-the-top and purposely so but then again you don’t understand Vancouver writers either so.”

How the loss hurts Brady’s legacy:

“He’s still a Hall-Of-Famer obviously but he’s going to have this hang over his head and Belichick too. They lost to the Giants and Tom Coughlin twice in a row and they’re kind of like (John) Elway in reverse. Elway couldn’t get the big one in the beginning and he got the two at the end and now Brady has lost the two at the end so you kind of hope, look I hope the Giants are back in the Super Bowl next year and the Patriots are there again because you really want that rematch to put that right away.”

Whether or not he thinks Welker should’ve made the catch:

“The pass was bad but he should’ve had it. I think the most egregious play was the interception that Brady threw. It was ill-advised, it’s not what they would do in the past in that situation, and was a real head-scratcher.”