Colorado Rockies’ Todd Helton: DUI is “Part of My Story”

Todd Helton will turn 40 this season and his play has declined due to age and injuries, but he’s still an effective player. Maybe it’s his because he has a good head on his shoulders. Helton made a big mistake earlier this month when he was arrested for DUI, but he has owned up to his mistake and is ready to learn from it.Todd Helton joined Les & Nalen on ESPN 102.3 in Denver to discuss his recent DUI, his hip injury impacting his 2012 season, the season to come, his health situation, his range, the state of the Rockies and the looming retirement debate. 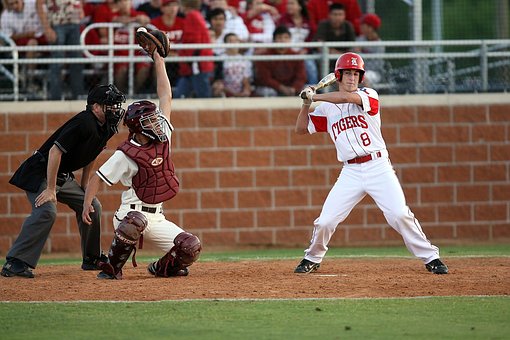 On if he’s able to move on from his DUI and not think about it:

“Yeah, when I’m out on the baseball field, but it’s part of my story. I don’t want it to be, but in a way I do because it’s a mistake and I have to recognize it and I have to address it. But still, being a part of my story and always will be, it helps me make sure that I don’t do anything that stupid again. You have to realize why you’re in that situation and what you can do to fix it, and it’s just part of the process of me making sure every day that I’m gonna be able to do my best to make sure it never happens again.”

On how much his injured hip affected him last year:

On being due for a good season:

“I’m due for a good year. I’ve worked hard this offseason so I’m looking forward to getting out there and seeing it pay off on the field. … Obviously as you get older, you can’t go out there every day. You want to, so I have to be smart about that, but I feel a lot better, mentally and physically, so hopefully I can get out there and contribute and help this team win some ballgames.”

On how healthy the hip is:

“I feel as good as I could feel at this age. … I do feel 100 percent right now, and it’s all a slow, steady downhill slide from there, but I hope to make that decline as slow as possible and hopefully make it through a season. … It’s not football, it’s baseball. It’s not that physical of a sport, but the grind of 162 games with the travel is where it gets you. So hopefully I can stay healthy and make it through the season.”

On his range decreasing on defense:

“If you watch closely, my range has definitely decreased. Some balls that I should get to if I could just bend over a little bit more I would have gotten. Sometimes I have to play up so basically I can beat the runner to the bag. That’s how bad it gets at times. But if I can get to it, I’m usually gonna catch it. That hopefully will never change. But it’s basically getting to the balls that I used to be able to get to.”

On what has to happen for the Rockies to succeed this season:

“I think a lot of pieces have to fall into place. There’s no doubt about it. I think, first and foremost, we have to stay healthy. Second of all we have to have luck on our side.”

“I’m gonna see how my body feels. … I’m gonna enjoy the year, enjoy everywhere we go, but I don’t wanna be Brett Favre and say that I’m quitting and then come back. So I’ll probably make that decision somewhere throughout the season.”