Is it just me or does Tiki Barber rub others in the wrong way too? I don’t know what it is. It’s not the fact that he walked away from the game when he did, which in case you had forgotten was after the season – the year before the New York Giants shocked the world and defeated the New England Patriots in Super Bowl XLII. I guess it’s just the ego he’s shown since retiring. Is the guy better looking than most? Yes. Is he articulate and does he sport a non-checkered past on and off the playing field? Yes, and yes. Still, as you’ll hear, Barber fancies himself a ‘true journalist’ and compelling story teller. Please. Just another dude with an opinion. Leave the professional reporting to those who are trained to do so.Enough from me. Barber nevertheless has some interesting insights about you know, football, despite his insistence that his life is so much bigger and well-rounded than the game. He joined Mike Francesca on WFAN in New York on Monday to talk about how he’s not at all disappointed with how things have shaken out for him thus far in his post-football career, why he doesn’t miss the game or regret walking away when he did the year before his teammates won an elusive Lombardi Trophy, why people (like me) just don’t like him until they actually meet him, and on a separate but interesting note, how Minnesota Vikings running back Adrian Peterson needs a stern voice in his ear if he’s going to overcome the fumbling problems that have plagued him and his team. 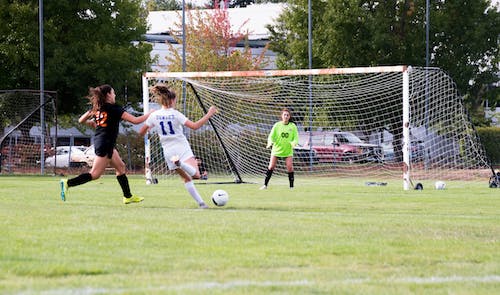 On if he misses the game or if he feels like he maybe left the game too early:

“No, I don’t. No I didn’t. I think I left at right at the right time for me. You know that I had a ton of other interests outside of the game of football, and quite honestly, those opportunities were calling my name. It’s all about timing. People will point to the fact that the Giants won the Super Bowl the year after and I missed out on that opportunity. But who knows if those things would have been there for me if I had waited another year.”

On those who can’t get over the fact that the Giants and he parted ways less than seamlessly:

“It doesn’t have to be. You expected it to be because of what I did as a New York Giant player and how good I was. But you know me Mike (Francesa), I’ve never been shy to be outspoken. And things that I said in my new job as a broadcast journalist and an analyst is nothing I didn’t say when I was actually on the team. So to me, it’s a lot to do about nothing in people’s minds. Yet they still have the right to have their opinions and to be upset. And here’s the interesting thing – I’ve been traveling to some games, some of the Giants games – and I’ve been in the stadium and seen some of the fans, and most of them say I booed you when you came or when they showed your video, but when I see them in person, not only do they like me, they say I don’t know why I booed you. So it’s an interesting phenomenon that exists with Giants fans, and you know what, it’s what makes them great, it’s what makes them so dynamic, and quite honestly why I loved playing for so many years for the New York Giants. Because you never knew.”

On the fumbling tendencies of Adrian Peterson and how he thinks AP might overcome the problem like he was able to do in the second part of his career:

“I was talking to this radio station down in New Orleans they said did you know the University of North Carolina teaches the ‘Tiki Method’. I said you got to be kidding me…You know what, he’s becoming a liability for that team. You look at that Conference Championship Game. It’s all mechanics Mike. It’s the same thing I had to learn. You do something one way for so long, you get away with it and you don’t think it’s a problem. Once you get in the National Football League – safeties, linebackers, defensive linemen – they’re all taught to strip. If you have any kind of looseness in that football, it’s going to come out. For me, it was just keeping it next to my body at all times, no matter what it takes. Whether it’s down here close to your body, up at your chest close to your body, you have to keep it on your body so it can’t get knocked away. And then when you go in to contact, cover it with your other hand. It was simple. Most things that cause success are simple. I think with Adrian Peterson, he needs somebody with authority – with a strong voice – to tell him ‘look, as great as a player as you are, you’re a liability. And that’s what Tom Coughlin did with me. He said ‘Tiki, I love the way you play the game of football, but you fumble and you’re a liability.’ It hits your pride in a way that makes you want to correct it, and I don’t think anybody’s ever done that for Adrian Peterson yet.”

On if he’s been underwhelmed with his new career in television:

“Well, a lot of people assumed my focus was going to be in sports, which makes sense because that’s what I spent 10 years of my professional career doing. But once I got in to it and expectations evolved – you look at my professional career with the Giants, it evolved over the years, from one year to the next it was something else. I’m not [disappointed] so far because I’ve gained an experience and understanding of what I enjoy doing that I wouldn’t have gotten otherwise. I spent three years at Fox News which is a completely different animal than the network television at NBC. And what I found is I love going out and telling people stories, getting inside an interview and being there for two days, having a couple crews and getting the in-depth nature of the individuals of this country. As you alluded to and mentioned, NBC is going through an evolution. Obviously we know the Comcast deal is on the table. We don’t really send two crews anymore, so the stories aren’t really there for me to do. So in that regard it’s frustrating, but as far as it relates to what I’ve been doing, I’m not frustrated. I always know that things change and there’s an evolution of things…”