Tom Izzo popped into the Waddle and Silvy show on Monday, presumably to chat about Michigan State and their chances of winning the title in Detroit this year (I mean … duh, right? Yeah, duh.) Instead, Waddle and Silvy decided to ask him about prepping for Louisville and “home court advantage.”Thank God they did, because Izzo kind of laid into the refs from the 2005 National Championship Game, which Illinois lost to North Carolina (paging Dr. Leitch … your anxiety is calling …). He also mentioned that they saw some weaknesses in the Cardinals’ zone Sunday when he was on briefly, before downplaying how awesome it is to play in basically your home town. 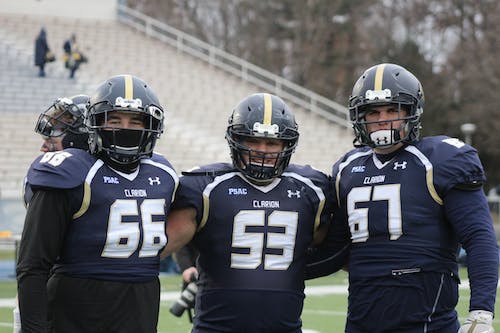 On just one day to prepare for Louisville:

“…Very athletic team, but in their zone we just saw some gaps in the middle of it … they made some adjustments … but it just left the wings open …once we got that lead, I don’t know if we were inspired and they were depressed but it just kind of grew.”

On the home court advantage in Detroit (and not putting anything into it):

“Well, I don’t know how much it will bring us, Bruce and I were both in that Final Four in 2005 and there was a ton of Illini fans there and, uh, who actually cheered for us too in our opener, but I think what they needed was a couple more officials in that championship game and they’d be our national champs themselves, no insult to the striped guys, but that was a tough game there. And now that’s even changed more … I’m sure we’ll get some tickets … but, uh, I don’t know how much the home court does for you … it won’t be like it was on Sunday [against Louisville] …”