The Highlight Reel that is Blake Griffin
by timgunter

In my opinion, Blake Griffin is the first player since LeBron James to live up to the hype and do things on a nightly basis that no one has ever before seen in the NBA.  He has made the Clippers must-see TV, turned YouTube into his own personal sanctuary, and he has done it with ease and with a promise, the best is yet to come.  Griffin’s dominance on Sportscenter is mirrored by his incredible production each and every night.  As a rookie, he is averaging 21.8 points and 12.6 rebounds a game.  Contrary to the highlights you see each night the Clippers play, BG32 is more than a dunker.  He is an All-Star caliber player right now.  He produces, and his production will only increase as he learns the game more, which is pretty scary for the other teams in the league. Blake Griffin joined KLAC in L.A. to talk about how he is adjusting to teams trying to play more physical with him, what it would mean for him to be able to play in the All-Star game, and if anything has changed with their gameplan now that Eric Gordon is nursing a wrist injury. 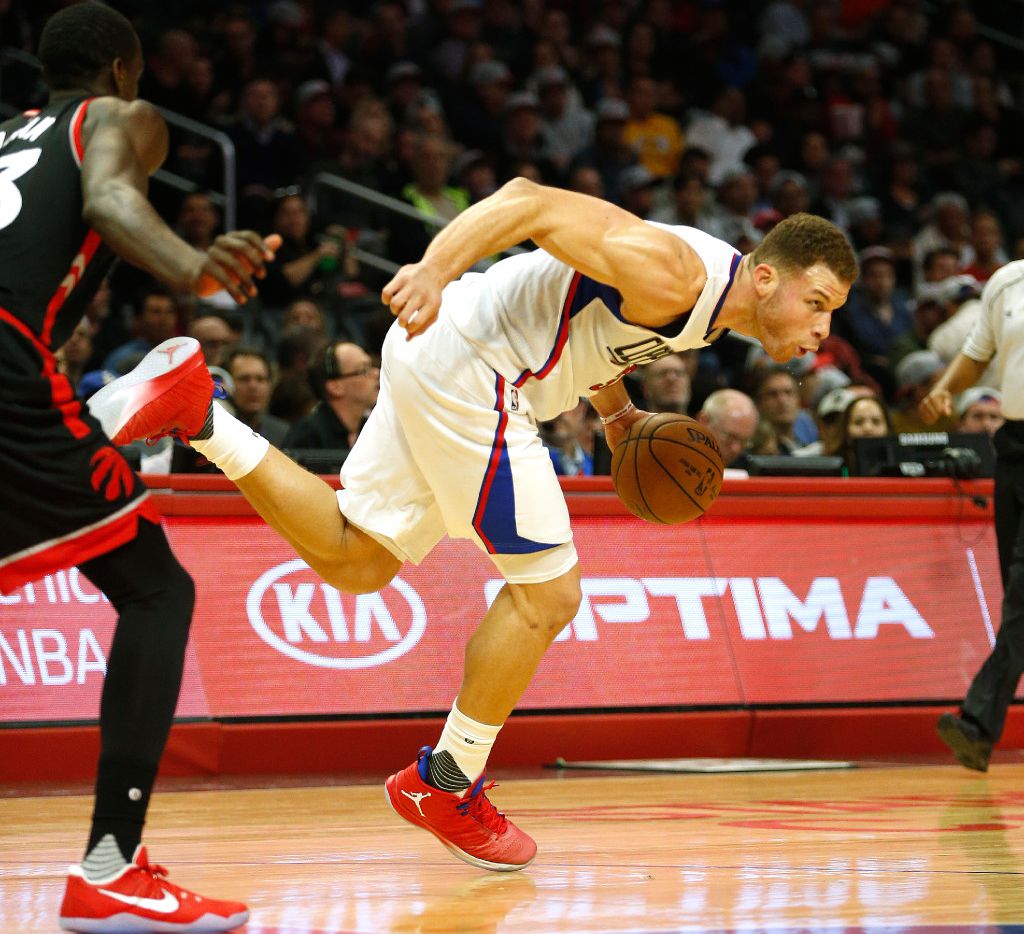 How he is adjusting to teams trying to play more physical with him:

“Just be prepared for it coming in.  By now I kind of expect it each and every game, so just to be ready for it and do the best job that I can to kind of protect myself a little bit.”

If he needs to adjust the way that he plays the game:

“No not right now.  I will be alright.  As soon as I develop and bring more things to my game then my game will start to develop and take a little different shape.  Right now, I have got to do the things that have made me successful so far.”

On his recent comments that he “needs to find more energy” and how he would do so:

“It is mostly just mental just kind to finding that extra push and being able to bring some energy from somewhere.  Whether it is our bench guys or whatever it is, just being able to find it and put it to good use in the game.”

How his elbow is doing:

“It is alright, it is not bad.  Just a little bruised.  It could be a lot worse so I am thankful that I can still play and all of that.”

How his body is holding up through the first half of the season:

“No, for the most part I have been good.  Just trying to get into the training room and stay on top of everything.”

What it would mean for him to be able to play in the All-Star game:

“It would be an honor.  That is one of my goals but at the same time hopefully I will have several years after this year to be able to make that goal and make that goal a reality.  I realize that there is a lot of guys that don’t get to play in the All-Star game every year that I think probably deserve it.  It is one of those where if it happens that is awesome I would be truly thankful but at the same time if it doesn’t I am not going to be worried about it.”

If anything has changed with their gameplan now that Eric Gordon is nursing a wrist injury:

“I mean for the most part it is still the same.  We have our gameplan.  We know exactly what we need to do.  Now with Eric out, obviously that hurts having your leading scorer out but I think other guys will step up.  I think so far our guys have done a great job in his absence.  Hopefully we can just keep that going and find a groove somewhere.”