Although Kyle Orton has never been flashy and failed to establish himself as a quarterback that an organization can confidently build around, you have to respect for number eight. The former Purdue Boilermaker first had to replace Drew Brees in college, then had his successes in Chicago overlooked because of how committed the Bears were to making Rex Grossman as the future of their franchise. A similar scenario seemed to be taking shape in Denver when Tim Tebow was drafted in the first round of the Draft by Josh McDaniels. As for how the Denver Broncos will fare in? 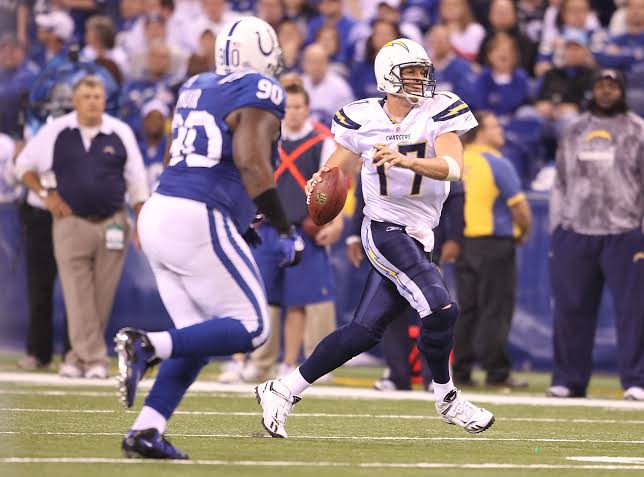 Orton contends that the Broncos offense should be more balanced in their running attack with the addition of Willis McGahee. You’re also led to believe that the Broncos quarterback was fed up with McDaniels and the predictable passing offense that he was working with because he felt the opposition was giving Denver their best blitz packages by the 4th quarter and they didn’t stand a chance. Orton couldn’t be more excited about the Broncos being more balanced on offense under new head coach John Fox. Kyle Orton joined 102.3 The Ticket in Denver with Les & Jojo to discuss feeling good about the talent around him on offense this season, how his game has improved on third down and in the red zone, whether he would sign a contract extension with the Broncos if they offered it to him, keeping his head above water and remaining focused on improving his game while the Tebowmania was in full force at the outset of training camp, and if any of the talk of Tim Tebow assuming the starting quarterback duties over him has bothered him this past few months.

Are you feeling good about the talent around you? Has that taken some of the pressure off you this season?

“Yeah no doubt about it. I think we will be more balanced. We’ll be more balanced in crucial situations, so I think that will be a good thing for everybody to not have to throw into some crazy, exotic look every time we get into 3rd-and-3. We can turn around and hand the ball off and pick up the first downs that way it would be huge for everybody. I think you’re right the talent that we got not only helps me. It helps guys like Brandon Lloyd, who certainly saw his fair share of double coverages last year. I think the big thing is the tight end play we have this year. I’m so excited for the tight ends to show up in the red zone and when they show up in third down and when they show up in play action game. Those are all areas that we really want to excel at.”

What have you done to improve your game in terms of being better on third downs and in the red zone?

“Well I just keep on trying to get better every year. You know just learning the offense that much more and be ready for those situations, but I think we will be in better shape in those situations and I think last season by the time we got down to the 4th quarter we had served to throw the ball so much and really got into being pretty predictable. For myself and the guys up front we were seeing the opponent’s best blitz on every down and seeing their most exotic coverages. I think this year as we go into the 4th quarter if we stay balanced and are able to run the football it’ll be beneficial to everybody and myself included.”

If the Denver Broncos came to you after all of this quarterback controversy and said they want to give you a contract extension would you do it?

“I always let my agent talk to Brian Xanders and all of those guys. It’s not for me to say, but I never hide the fact that I love Denver and love my teammates and certainly have loved my two years here.”

How have you been able to keep your head above water and not be bothered by the circus that is number 15 on the Broncos?

“I look at it as playing quarterback in the NFL and it’s one of the greatest jobs in the world. It’s really not going to be easy. Something comes up ever year no matter where you are at and you focus on your own game and your own performance and your own work ethic and let the other stuff go by the waste side.”

Did any of the Tim Tebow talk bother you at all over the past few months?