Hey everybody, Terrell Owens is back in the news! He’s not back in the NFL yet, but there’s a chance the mission’s halfway-accomplished based solely on the fact he’s being talked about again. Only a week ago, the sixth-leading receiver in NFL history was cut loose by the IFL’s Allen Wranglers, and now he’s taken the next step toward trying to return to a pro football team that doesn’t sound made up by firing longtime agent Drew Rosenhaus and replacing him with Jordan Woy. 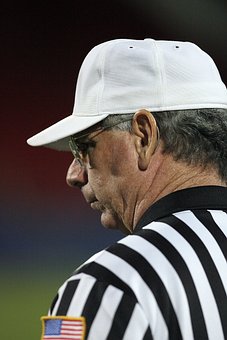 Terrell Owens’ new agent Jordan Woy joined Ben & Skin on ESPN Radio Dallas to discuss his plan to get Owens back into the NFL. Woy also touched on T.O.’s reputation, his recent split with an arena league team and how he has to be honest with Owens regarding his chances.

On how he and Terrell Owens will approach Owens’ search for another NFL job:

“I just started working with him. Obviously he’s had great success for many years. The last year he did not play in the NFL, and then of course had that short stint with the local team. So the plan is just, he’s healthy at this point, he’s in great shape, and … we’re gonna go out there and visit with all 32 teams on a consistent basis, and hopefully somebody will along the way give him a shot. It’s a timing issue. People will have injuries in training camp and in preseason, and if they do, we’ll have to hope that somebody will give him a shot. There will be some teams, of course, that probably won’t give it a thought at all, but that’s OK, that’s the way this business is. There’s always one team out there that may.”

On how much of a responsibility he has to be honest with Owens about his realistic chances:

“You have 100 percent responsibility. When I sat down and talked with him before we started this I told him, ‘Listen, I’ve done this for 25 years. I’ve had clients on every team in the league. I don’t know whether we can get you back on a team, but all I do all day long is talk to general managers and pro personnel directors. I know everybody in the league and I will be on the phone with these guys non-stop trying to sell you. What you need to do is be 100 percent ready and in tip-top shape and ready to go, if we get a break. We may not get one. We may be told by everybody no.’ But I’ve done this long enough that I realize — like I said — there’s gonna be somewhere along the line, somebody’s gonna have an injury that they weren’t expecting. Somebody’s gonna get suspended. Something will happen where a team’s gonna be in need and they’ll just have to make that decision at that point, whether they feel like it’s the right risk/reward or not. I think he will be if somebody gives him a shot.”

On if his bad split with the IFL’s Allen Wranglers will hurt his cause on the NFL market:

“I don’t think so. I mean, arena football and some of those different leagues, teams know that — he didn’t get released because he can’t play football. There’s obviously questions there whether it was over money or different things, but at the end of the day I don’t think teams are gonna look at that and focus on that. They’re gonna say, ‘Can this guy play? Is he healthy? And would he be a positive influence in this locker room?’ And at the end of the day, if they don’t feel like he will be on any of those facts, they won’t sign him. But I don’t think there’s any question teams know this guy has got the capabilities of playing and coming in and helping a team. The question will be, Will they give him a shot and do they feel like if he’s there he’ll act appropriately and be a good teammate?”

On Owens’ reputation being blown out of proportion:

“People get blown out of proportion to the good and the bad. You look at Tiger Woods, when he was on top he could do no wrong. Now the guy — until he won last week — the guy was in the bottom of the barrel. I think Terrell Owens has has been vilified probably more so than he deserves. He’s a good guy. When I sat down with him he’s been straight-up with me. But he’s had his share of trouble, and it’s gonna be something we’re gonna have to overcome. And it’s gonna be a challenge. I don’t look at it with rose-colored glasses, and he knows that. He knows we’re in for a challenge, but I’m gonna work hard, he’s gonna work hard and we’ll see what happens.”

Cary Williams Says He Didn’t Intend to Shove Official, Who He Says Made the Right Decision