Steve Spurrier is heading into his sixth season as the ‘Head Ball Coach’ at the University of South Carolina and he believes this year’s team will be something special.  He knows his window of opportunity is closing on ever winning another SEC championship, but he seems confident it can still happen. Spurrier, who hasn’t won an SEC title since he was coaching the Florida Gators in  has had trouble finding a good quarterback since stepping foot in Columbia. He was known for being able to develop great college quarterbacks in Florida, but ironically he hasn’t had a problem with his defense while at South Carolina. Maybe the challenge of recruiting and coaching at South Carolina was what lured him there in the first place. With fifteen starters returning and with Tim Tebow no longer eligible to play college football, the time seems right for the Gamecocks but I don’t think an SEC title is in their destiny.  They will finish just like they have for the last two years, with a  record.Steve Spurrier joined the Dan Patrick Show to talk about what keeps bringing him back to still coach football, whether he thinks an attitude like Lane Kiffin’s is good for college football, and what he took away from Dan Snyder working for the Redskins. 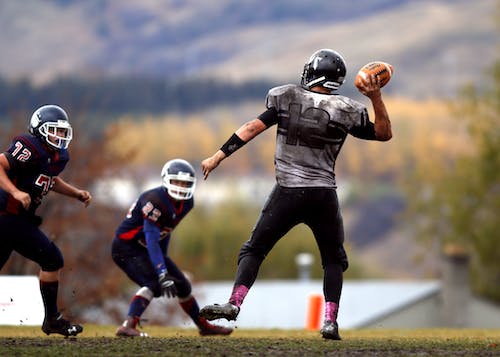 What keeps bringing him back to still coach football:

“Dan, I would like to win an SEC Championship.  We would like to win one here at South Carolina.  Some people say that it can’t be done against the big schools; Florida, Alabama, Georgia’s and so forth.  I really believe we can and we have had some really good recruiting the last several years.  Maybe not as great as the big schools as far as total number of players, but we have got a number of good players.  Our quarterback and offensive line play has got to get better and we have got to coach a little bit better, but our defense, gosh we were ranked third in the SEC in total defense behind Alabama and Florida.  So we have got some guys that can play but we just haven’t gotten it together yet.”

Whether he would root Alabama in the National Championship game because they are an SEC school:

“Let’s see, they were playing Texas this year.  Yeah probably.  I was probably rooting for Alabama a little bit maybe because they are in the SEC, correct.”

Whether he is going to miss Lane Kiffin:

“I think our commissioner is happy that he has left.  He didn’t bother me, but we didn’t play really well when we played Tennessee.  We ended up with the same record they did last year, but I think we will do ok, he will do well out in southern California.  He has got too many good players and that is a pretty good situation and so we will see how it all plays out.”

Whether he thinks an attitude like Lane Kiffin’s is good for college football:

“Oh just talking about it is not that big if a deal.  Now if you fudge on the rules a little bit, I am not saying that he broke rules, I am saying that there were some things that happened that just got into that gray area.  As long as he was within the rules and just talking a little bit, it can either come back and bite you or you can live up to it so that part doesn’t faze me one way or the other.”

On the gray areas of the rules:

“Yeah there is a lot of gray area and one of those things is that secondary violation and I really think that you have got to add them up.  If you get five secondaries, you are suspended a month from recruiting or something like that.  But the NCAA just says ‘Don’t do that again’ if you get a secondary violation.  Any way, I think they ought to add up and you have got to have a total.  Have a little total sheet beside your name and if commit a whole bunch of them, maybe sit out a year of coaching.  That would get people’s attention.”

What he took away from Dan Snyder working for the Redskins:

“You know we just didn’t really have a good team and I didn’t really enjoy pro football that much.  I think who I am, that I enjoy playing golf, I enjoy going to the beach, I enjoy family time, in the off-season I am just not a guy that could sit there and watch tape six or seven hours a day like some of these guys do.  So anyway, the college life is better for me.  Dan was OK to work for.  He was OK.Of course the second year when he picked the team, I didn’t have it in my contract that I could pick the team, then I realized that I was not in control and it was going to be difficult.  Anyway, it didn’t work out. I was happy to move on and I am sure that he was happy to see me move on.”

What he thinks about Tim Tebow in the NFL:

“I think that Tim Tebow is a tremendous competitor and obviously all of the wonderful qualities that, at least character and so forth, and he can work on his passing motion.  He can work on it and go from there.  If a team believes in his and says ‘Come on, let’s go and play’ I think he will do well.”