Ron Artest On Oil Spill Victims: “The only people that can make a difference are the people that have voices”

There is not another player in basketball that is more entertaining than Ron Artest.  Contrary to the populous, I actually like Artest because he seems like a good guy that has gotten a bad rap for the some stupid things he did early on in his career.  Most notably, his involvement in the ‘Brawl at the Palace’ has been the stigma that seems to follow him around everywhere he goes.   To dispose of the stigma, Artest hired the services of a psychologist to combat his anger and rage and credits the treatment to his recent success.  This year on the NBA Championship Lakers, he no longer had to be the go-to scorer because it is Kobe’s team.  He just needed to play good defense, stay aggressive on the glass and be a good role player and he did just that. In addition to changing his act on the court, Artest has become actively involved in the Los Angeles community and his home back in New York.  He recently was involved in raising money for the BP oil spill victims with a bunch of other athletes and celebrities.  So he joined Into the Night with Tony Bruno to talk about when he decided that he was going over to the CNN studios to help out with the oil spill relief effort, his post-game interview and people calling it the best post-game performance ever in sports, and how this year was for him with the Lakers, and whether he heard all of the negativism about him joining the Lakers. 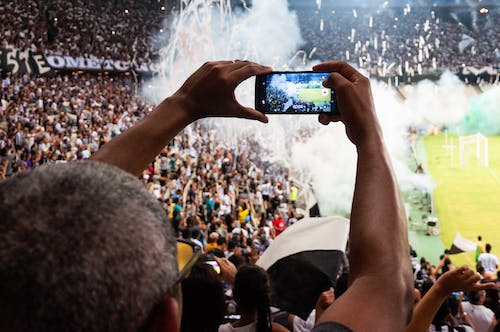 On when he decided that he was going over to the CNN studios to help out with the oil spill relief effort:

“Well they called for us and I was like, ‘no problem’.  And I love Larry King anyways.  So it was no problem getting a bunch of other stars there so I just tried to take pictures with everybody and do exactly what they needed me to do.  It was a productive day.  I think they raised about $300,000.00 and I think they are still counting right now.”

How weird of a time has it been for him after going to the Lakers Championship Parade and then helping out with the oil spill victims:

“It has been weird and brought me right back to Earth because I was real excited, but I am still excited and happy about the parade, but you kind of think about things that can go wrong in one’s life through natural disasters and it can happen to anyone so you have got to stay humble and stick together as people so it is real important they did that today and got together because I have been kind of waiting for this day and when I read it I was like, ‘wow’.  The only people that can make a difference are the people that have voices and that is the people that came out today.”

On his post-game interview and people calling it the best post-game performance ever is sports:

“I mean that is crazy.  I cant believe it.  It was like a big turnaround, something that was not planned but enjoyed.  I love to have fun, but you know when you get a post-game from me, even if it is not a championship, a regular game, you know I am going to have fun.  You can imagine to win a championship game in a game seven, that was a close game so you never know what you are going to get.  I hope I can make it to the championship game next year and have a great game so people can have fun.  It was unbelievable.  My family enjoyed it.  The great thing is that I enjoyed it with my family.  It wasn’t just stuff.”

On his Psychiatrist having a lot to do with the way that he played this season:

“It has a lot to do with it.  With me, I play with emotion and people tick me off easy.  You tick me off, when Paul Pierce hit me at the free throw line in game five, he hits me and I miss the next free throw and then the next two free throws and little things like that where I am not supposed to let anything get under my skin whether it is with the other team and whether it is like maybe just some anxiety from all the Finals pressure.  So little things like that, I am able to relax through the storm.  I still have a little bit of anxiety when I play, a little bit of maybe jitters, butterflies and nervousness, but I am still able to relax through the storm so I already know what is in front of me, which is all the pressure but I am able to overcome it and have a great game seven.”

How this year was for him with the Lakers and whether he heard all of the negativism about him joining the Lakers:

“Well you know that I have been through a lot of ups and downs this season and you know I have a psychiatrist so I wasn’t really worried.  I wasn’t worried.  She helped me with everything.  I have been through a lot of ups and downs.  I told her that I was having problems because people wanted me to score more but I wanted to play team ball.  I don’t want to shine this season.  I want to be part of the team.  I don’t want the spotlight or the media saying this or the media saying that, how do we handle this?  How do we handle that?  And she pushes all the right buttons and it works like a beauty…  I really had no problems not shining and having twenty points a game and being the hero.  I didn’t need to be the hero this year.  It just happened that way.  If you look at it, Sasha Vujacic made the biggest shots of the game and that shows you what type of team we have.”