Rick Neuheisel has had quite a struggle at his alma mater as he enters his fourth season as coach of the UCLA Bruins.  His first year, the Bruins were a miserable 4-8 team, then improved to 7-6, which was capped off with an EagleBank Bowl win over Temple for their first postseason win since ‘05, only to fall back into another 4-8 hole last season.  Neuheisel won just two Pac-10 Conference games, but was able to go on the road to Austin and beat a then seventh-ranked Texas Longhorns squad.UCLA is optimistic about the upcoming season despite barely breaking the top-50 recruiting class.  In three seasons at UCLA, Neuheisel had never brought in a recruiting class ranked lower than 14th, but a lousy record and a heavy turnover on the coaching staff took a toll on the recruiting trail.  He managed to assemble what looks like another great coaching staff, but Neuheisel will have to work with two new coordinators and develop a workable chemistry in a short period of time.Rick Neuheisel joined WQXI in Atlanta to talk about how recruiting went this year, what direction he is going on the offensive side of the ball and whether they will continue running the Pistol offense, and if they have an up-and-coming player that is going to take over playing quarterback sometime soon. 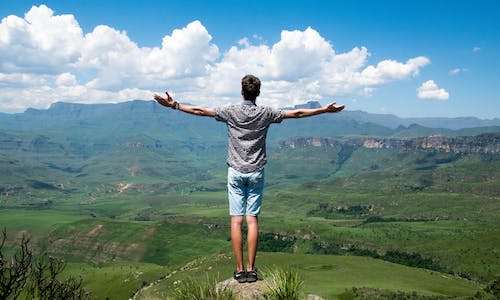 How recruiting went this year:

“You know what, it went pretty well.  We had a tough season and I made some changes to the coaching staff, so you are always worried about what kind of impact that can have on your class, but towards the end we landed a couple of really important guys on both sides of the offensive and defensive line and had a guy that we thought we were almost going to lose to our arch-nemesis that decided to stay with us.  It all turned out good for us.”

What direction he is going on the offensive side of the ball and whether they will continue running the Pistol offense:

“Well it is an interesting question.  We decided a year ago to try to really commit ourselves to trying this pistol offense with respect to the running game.  We felt like we threw the ball pretty well, we were in the top-half of the conference, I think he finished third in the conference in throwing from the year before and finished 7-6 and gotten ourselves into a bowl game so we were ready to take that next step but we had to have our running game.  We looked around and saw the pistol.  Nevada’s offense was doing really well and running the ball unbelievably well.  We went and studied.  Chris Ault had kind of given us the keys to the kingdom and let us kind of come and study and so forth, so we went with it and it was a very successful experiment in regard to the run.  We ended up with an over 4.4 yard per carry, which was the highest it had been at UCLA in the last 15 years.  We had ranked 19th in the country in explosives, which are runs over 10 yards, so we had some big plays and helped us beat programs like Texas and so forth, but we somehow in doing it lost our way throwing the football and could not even come close to what he had generated the year before with virtually the same players…”

How impressed he was with Oregon’s offense last season:

“You have to give a lot of credit to Coach Kelly.  Chip, remember his first game at Boise State, LeGarrette Blount punched the kid and he had to suspend the kid for the year that was his first game.  He probably wondered what the heck he had gotten himself into.  Since that time he has gone to a Rose Bowl and a championship game, so things have turned out pretty well for him.  They have done a great job and there are a number of programs around the country that have tried to study them to figure out just exactly how they did it.  They are fast and they are well coached.  You have to give them credit.”

If they have an up-and-coming player that is going to take over playing quarterback sometime soon:

“Well we talked about Kevin Prince just a little bit ago.  Kevin was our quarterback two years ago and as a freshman I thought he did really well.  He started off pretty slow but then led us to a win in Austin, TX, and I thought he was going to have a great season.  Unfortunately, he hurt his knee in that game and was lost to us after one more game of trying to come back.  Richard Brehaut then took over and I thought Richard did a nice job of taking over in a tough spot, had some real good games and made some plays that showed that he can play this game too.  So those two are coming back and then we have got a young man named Brent Hundley, who we recruited out of Arizona, that I think has all the tools to be a very, very special player.  He came in early.  He has been here for a quarter now and then go on spring break and be back here for spring ball, and so I am excited to watch him work.  Those three guys are probably going to get the lion’s share of the work and then Nick Crissman who has had some shoulder problems will also try to get himself back in the mix, so we will just watch and see how that all develops.”