Fran Tarkenton: Aaron Rodgers Will Not Be 100 Percent in Super Bowl and Jay Cutler Will Never Recover From Title Game Debacle

The NFC Championship Game may have a lasting effect on both of the starting quarterbacks, at least in the eyes of former NFL great Fran Tarkenton.No doubt the game has already been played out on an enormous scale when it comes to Jay Cutler and the questioning of his toughness. Tarkenton said he doesn’t question Cutler’s toughness, but goes on to say that the Chicago Bears quarterback will never recover from such an incident — not with Bears fans and not with his teammates.But wait, there’s more. Tarkenton also says the game is going to hurt Aaron Rodgers as well, but in the more near-term. Tarkenton projects that the hit that Rodgers took when he used a bootleg to score a Packers touchdown will keep him from being 100 percent in the Super Bowl — based on the fact that he, himself, took similar hits when he played.Interesting and strong opinions from Tarkenton, but as usual, he is full of them. 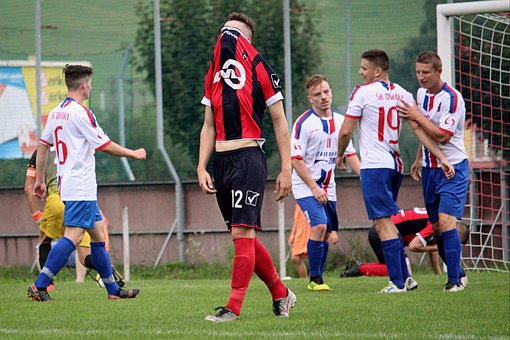 Fran Tarkenton joined WCNN in Atlanta with The Rude Awakening to discuss the prolonged fallout from the Jay Cutler saga, another saga continuing to brew between Chad Johnson and Marvin Lewis, teams risking their integrity to bring guys like Johnson and Terrell Owens on board, his belief that Aaron Rodgers won’t be 100 percent in the Super Bowl and the Vikings being the worst team in their division.

On the future fallout of Jay Cutler leaving the NFC Championship Game with an injury:

“Oh, [Bears fans] will [boo him]. This is the worst thing that could’ve happened to him. He will not overcome it. The Bears are in a pickle. Everybody needs a quarterback; they need a quarterback who can play. They don’t want to lose him, but his teammates will look at him differently, that’s just the way it is. … This is going to be a very difficult thing for him to overcome. It’ll stay with him forever.”

On the ongoing feud between Chad Johnson and Marvin Lewis:

“I think that any coach should, if he’s a real coach, should not let that man play on his team. But the signs of Chad Ochocinco, or whatever his name is, should have been out of Cincinnati years ago. You don’t put up with those type of characters.”

More on Johnson and Terrell Owens:

“We are accepting of behaviors as long as we win, but also if these players, that have extraordinary abilities … then we sacrifice our principles for their abilities. And when you sacrifice your principles, you lose.”

If there is any coincidence that the teams in the Super Bowl don’t usually take risks on those types of players:

“They don’t and, in fact, the president of the Green Bay Packers … he’s an ex-football player … and I didn’t even know who he was. The first time I saw him was when he was getting the trophy. And, of course, the Rooneys are very understated. … These are two of the most successful franchises ever and they’re successful in a modern age and they’re old school. They have old-school principles. They don’t put up with those type of behaviors. Santonio Holmes was the Most Valuable Player in the Super Bowl and an unbelievable talent and they said ‘Goodbye.’”

His thoughts on Aaron Rodgers:

“I watched him and he was unbelievable here in Atlanta. The first two drives [against Chicago] he looked like he did here. When he ran the bootleg out of a run formation and runs for the corner of the end zone and scores, he takes a hit and I’ve seen this hit many times. … Right in the back of his right shoulder. I’ve had that hit; it’s a bad hit. … He ran off the field and I saw by his body language that he was hurt. He did not make a good throw for the next three quarters. … He will play, they will downplay the shoulder, but that shoulder will not be 100 percent when they play. … I don’t think he can play at the level we saw here in Atlanta.”

His take on where the Vikings are headed: