The Washington Redskins were on top of the NFL world last week after winning the NFC East with the dazzling play of rookie quarterback Robert Griffin III. A lot can change in the NFL in one week. As if the 24-14 playoff loss to the Seattle Seahawks wasn’t bad enough, now all eyes in the Nation’s Capital are on RG3′s injured right knee.Griffin III suffered at least partial tears of his ACL and LCL after re-injuring his right knee on Sunday. In my opinion, it’s hard to fault Mike Shanahan for letting his rookie quarterback play after Griffin assured him he could. It may have been foolish, but the Redskins rolled the dice. This is life in the NFL, in the words of former Redskins running back Clinton Portis, who explains RG3′s logic in the following interview.Clinton Portis joined 106.7 The Fan in Washington D.C. with LaVar Arrington and Chad Dukes to discuss the handling of Robert Griffin III’s knee injury, the amount of blame that should go to RG3 for saying he could play hurt, the amount of NFL players that play hurt when they shouldn’t risk further injury, rookie players like RG3playing selfishly by playing hurt and the poor condition of FedEx Field. 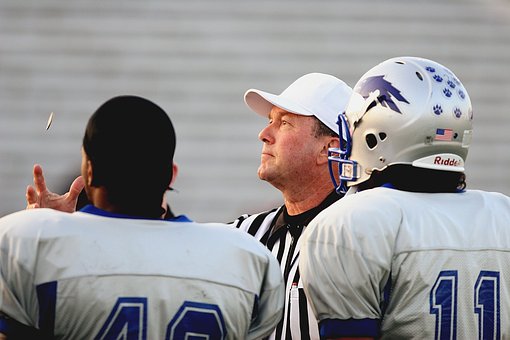 What was your take on how Robert Griffin III’s injury should have been handled?

“I just think in a losing situation you will never satisfy people. With that being said, it’s who’s to blame — everyone is looking at who could have pulled the trigger to make this move? Who should have pulled the trigger to make this move? In my vision, from what I’ve seen since RG3 had come back in the Eagles game, he hasn’t been fully healthy. Everybody said it was the knee brace and as you watch him play, it didn’t all of a sudden become he can’t run yesterday. … I just felt like [Sunday] it was a point where I think we were up 14-0. He got hit on the sideline running down the sideline. … If you are going to make the call, make it then because as Seattle began to come back, it became, you can’t pull him now as if he was to blame because he wasn’t to blame for the game, but while they were up 14 when he was being hobbled? Then therefore, I say pull the trigger and I say put Kirk Cousins in. After that it looks like a situation where you are pulling RG3 because he’s the problem.”

How much of the blame on this goes to Robert Griffin III?

“I mean, as that caliber of player, you always want to be on the field. He said yesterday that, ‘I am the best option for the team.’ … You feel like, unless you are bedridden, you are going to play in the game. If you can’t do it all week long, then it’s like, ‘I want to get to the game and be as close to healthy as I can.’ You will never be 100 percent, so it’s get as much rest as you can during the week and get healthy on Sunday, but somehow maybe it was the licks he took early on in the game or maybe the hit on the sidelines, but he just wasn’t healthy. You could see it, even his throwing motion. He’s always accurate. When he started throwing passes high and over people’s heads all of a sudden, you could tell there was something wrong.”

How many times do you think football players play hurt when they shouldn’t or it will ruin their future?

“I think it happens all the time. When you’re in the excitement of the game, when you’re like, ‘I am carrying this organization and this team and I need to be here for my teammates,’ like you block out so much pain as an athlete, and I’ve seen you do it [in reference to the co-host LaVar Arrington]. I’ve seen you in the locker room. I’ve seen numerous players. Like you said all this time, London Fletcher each week is questionable, but he plays in the game. It’s the same way with me. Every week going into the game I wasn’t trying to practice. I know I am banged up. I want to be as fresh as I could possibly be, so let me do the small stuff that’s going to get me to the game on Sunday, and on Sunday I will suck it up. That’s what players do.”

Should it be considered selfish if a player like RG3 decides to keep playing when he’s hurting the team?

“It should be considered selfish, but in this culture, you want to be a selfish individual. Because if you go and say, ‘No I can’t. I got a little ding.’ I mean, think of how many times you got a teammate that you felt like, we need this guy and you know like this guy can give you something and he don’t give you anything. … I will use Shawn Springs for instance. I thought we had the best chance of winning with Shawn Springs on the field. Numerous times we came into games and Shawn wouldn’t be up to par and he would make it clear like, ‘I am not going out here to re-injure myself.’ Me knowing I am playing hurt? I am looking over at Shawn like, ‘C’mon man, just give me anything.’ But now you understand why Shawn didn’t put himself in the position, whereas we are giving all we got, but as a veteran you gotta become a veteran. When you are younger, you do those selfish decisions. When you become a vet, and you become a Shawn Springs it’s, ‘Man, I am not going out here to risk my health and to risk me or a couple of plays and I know am not going to finish the game.’”

Is FedEx Field the worst field you have ever played on?

“I really didn’t pay attention to the field. There are so many fields in bad condition by the end of the season. You gotta think you’ve played a whole season on these fields. [Chad Dukes: Is that the worst field you’ve played on?] I don’t think so. Cincinnati definitely had the worst field. They still got regular turf. So this field is way worse than the Redskins and their stadium, but I can assure you one thing: I guarantee you next year that’s probably going to be one of the best fields in the NFL. [Chad Dukes: You think Dan Snyder is putting field turf in?] I think there is going to be so much attention paid that  Mr. Snyder will solve whatever problem, so it won’t happen again.”