Will the Super Bowl hangover plague the Green Bay Packers i(Assuming there is season.) Just last week I was thinking that perhaps the Packers might turn out to be beneficiaries of the NFL Lockout in a roundabout way. Why? Well, usually the reigning Super Bowl champs are getting a slow start on their offseason workouts while they back in SB glory — media appearances, cash bonuses, you name it — there’s plenty to keep busy with other than thinking about what each person in the organization can do to make sure we’re hoisting the Lombardi Trophy next year.  Sure, quite a few teams have started conducting unofficial players-only workouts this past month. Some teams have done so more than once. But with no interaction with coaches, and players rightfully eliminating any and all contact from their workouts as a precautionary measure while their insurance is in limbo, the level of preparation going on at the moment is nowhere near what is typically being accomplished during the typical year’s OTAs. That’s especially true for rookies. 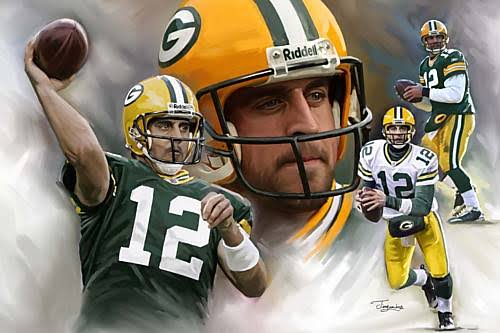 All that said, after hearing this interview with Aaron Rodgers, I’m not so convinced that Green Bay is still finding a way to lag behind the rest of the league. At this point, just about every team has gotten together in some sort of semi-organized fashion. Not Green Bay though. At least not Rodgers and his play-makers. Only time will tell, but perhaps even a prolonged, sobering lockout will keep Green Bay from falling prey to the dreaded Super Bowl hangover.
Aaron Rodgers joined KHTK in Sacramento with Grant Napear to talk about how his life has changed since winning the Super Bowl, how he feels about the Kings staying in Sacramento for at least another year, if he thinks a new collective bargaining agreement will be reached in time for the start of the season, why it’s been difficult to organize unofficial workouts with his teammates so far this offseason, but how they’ll be doing so in the future if the lockout drags on, and how he’s mostly received updates about JerMichael Finley’s rehabilitation from knee surgery via Twitter.

How his life has changed since winning the Super Bowl:

“I think just a little bit more recognizable in different cities that I travel to. People just recognize me a little bit more. Other than that it’s been an offseason where I’ve really tried to continue doing the things that I enjoy doing and hold on to that normalcy that I have in my life. Just enjoy it. It’s been a great offseason, a lot of time to relax and as I look back on the season, enjoy the memories that we made, but at the same time we’re getting into May here and I’m starting to think about next season. We’ve got a bunch of new draft picks and a bright future I think.”

How excited he is about the Kings being back in Sacramento:

“I’m excited that it looks like they got through this rough patch and at least one more year to figure things out. Hopefully they can get that stadium done because the Kings are all us true northern Californians have to watch.  Everything is south of Sacramento so us Northern California people, we have our Kings to cheer for and hopefully we will be able to keep them there for a long time.”

Whether or not he thinks a deal will get done in the NFL labor negotiations:

“I’d say the majority of us are very optimistic that something’s going to happen in the near future. There is too many parties involved and too much money involved frankly for there not to be a season in my opinion. A community like Green Bay needs the Packers to survive. The economy is built on people coming in to watch the games, coming in to watch training camp, there’s a number of restaurants, hotels, bars, and their livelihood is directly related to us having a season. I hope we consider that when we’re negotiating and we find a solution that helps both parties. I’m optimistic we’re going to get something done.”

Whether or not he has gotten together with his teammates to work out so far this offseason:

“We haven’t yet. That’s something I’m sure we will do if it continues to drag on. I think if you look at some of the reports that are out there a lot of that is maybe over exaggerated about people getting together. You think about the number of different issues that are involved with getting those kinds of people together. It’s just difficult to do. Donald (Driver) lives in Houston and he’s not going anywhere. Greg (Jennings) lives in Michigan. James (Jones) lives in San Jose. Jordy (Nelson) lives in Kansas. And Brett Swain lives in San Diego so to get those together who are all married and living with kids, is tough to do. We’re going to try but it’s going to be difficult.”

What he has heard about JerMichael Finley’s recovery from knee surgery:

“I get updates because I follow him on twitter. That’s the best way to stay involved in his life because he likes to tweet a lot, but J-Mike and I have a close relationship and we’ve talked a number of times throughout the offseason. He’s excited about where his knee is at and obviously excited about his future with us. We feel like he is the best tight end in the NFL when he’s healthy and if we can have him for 16 games he is a matchup problem every week for an opposing defensive coordinator. Excited about him, I love his confidence, and his talent speaks for himself.”