After ten seasons in Athens, Mark Richt is clearly is no longer able to compete in the SEC.  Yes, he has led the Georgia Bulldogs to ten consecutive bowl appearances, and boasts a bowl record of 7-3, including an embarrassing loss to Central Florida in the Liberty Bowl.  He has maintained exceptionally strong recruiting classes during his tenure, and has twice been named the SEC Coach of the Year.  If he were head coach of a Big East or ACC program, that would be considered a wildly successful performance, and Richt would be at the front of the line for the next “elite” coaching job in college football.  The only problem is he already has an elite coaching job in the nation’s top football conference, and when I look at his performance, specifically over the past four years as the SEC has completely dominated college football, Richt has actually underperformed.  It is time for a changing of the guards at the University of Georgia, and Fran Tarkenton seems to be at the forefront to run Richt out of town.  Can I blame him?  Not at all. 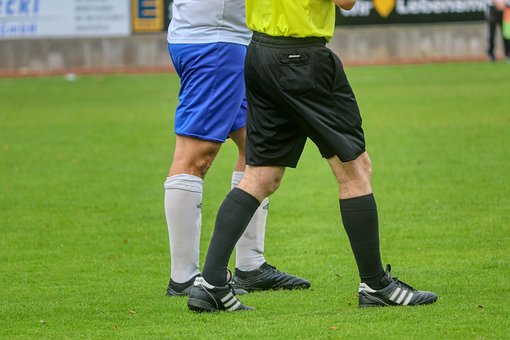 Fran Tarkenton joined WCNN in Atlanta to talk about Mark Richt being upbeat during his state of the Georgia football program speech, whether that sounds like he was spending too much time on academics, and if it is safe to say that he will not be enjoying dinner with Mark Richt anytime soon.

On Mark Richt being upbeat during his state of the Georgia football program speech:

“I think what has happened in the last week at Georgia has been the most disturbing time that I have seen at Georgia football in a long time.  You know people don’t want to look at reality.  We don’t want to look at the signs.  There are always signs out there that show us we have got impending disaster, be it the financial crisis, the Georgia crisis or the Florida crisis or what.  We knew something before the Florida crisis didn’t we?  The guy, he had a meltdown.  His mojo was down and he recognized it, they recognized it and he got out.  They bring a good coach in Will Muschamp in, they bring in the top offensive coordinator in the world, Charlie Weis, and they are in the SEC, and here we are at Georgia.  For the last three years our program has been god-awful.  Our schedule, we play two sisters of the poor every year.  We play Kentucky and Vanderbilt that aren’t true SEC teams and then we play Georgia Tech that is not going to have the talent we have.  That is five times each year that we are going to play much better than our opponents, it doesn’t mean we are going to win them all.  Then we lost to Colorado this year and they fire their coach, then we lose to Central Florida.

We have got the top receiver in football;

we have got a great freshman quarterback.  We have two field goals against a team we outweigh 35 lbs. on the line.  We finally fired the strength and conditioning coach.  Today the strength and conditioning coach is as important as the offensive and defensive coordinator.  Every scout, all of the combine people that train/workout all of these college athletes have told me for the last five or six years, the Georgia football players are not in anywhere near the condition that the rest of the players from all of the other school, they didn’t say they ranked second or third, they say they ranked dead last.  Why couldn’t this coach recognize that before now?  Before disaster happens?  And then I read this quote.  Holy cow! Yesterday, where Mark Richt says, ‘I have been freed from administrative duties to spend more time on football.’  Then I quote him, he said, ‘the moves give him more time to study the game of football and be an expert and be on the cutting-edge.’  What has he been doing for nine years?  I have never heard any college, high school; professional coach has ever said that I was not able to spend enough time on football.  I had other issues.”

Whether that sounds like he was spending too much time on academics:

“No, it sounds like a cop-out!  It sounds like I am not taking responsibility.  I have other things.  We hire people to be football coaches.  We pay him and others millions of dollars to be football coaches not to be administrators.  He didn’t do a very good job there but then we had twelve people arrested this year, including a top-ranked quarterback, who was a top kid that is now going to play LSU, and that has been going on forever.  Mark and everybody is a wonderful guy and he is a wonderful guy.  He is a good Christian guy.  He wants to be a missionary.  He goes on missions.  That is a wonderful thing but do you know the religion of Nick Saban?  Or Gus Malzahn?  Or Chip Kelly playing for the national championship?  I don’t think we care what is their religion.  We hire them to be football coaches.  If we are hiring religious instructors, let’s go to the Campbell School of Theology over here in Decatur and get some of their people to come and coach our football team.”

If it is safe to say that he will not be enjoying dinner with Mark Richt anytime soon:

“I like Mark Richt.  I have great respect for him as a man, but when I see these kinds of comments I am appalled.  ‘I have now more time to study the game.  I have more time to be a coach.  I have more time to be an expert and be able to be on the cutting-edge.  My goodness!  I am just astounded.  Greg McGarity, I have seen Greg McGarity this morning in the paper and I understand he is a wonderful guy, don’t know him.  He is saying, ‘I have had meetings with Mark and we are working together, and I want Mark to show more emotion.’  How do you get someone to be something they are not?  Mark, you are going to change his emotional state?  All of sudden, you are going to change Nick Saban’s emotional state?  You are going to change Paul Johnson’s emotional state?  What religion is Mike Smith?  Do we need to change his emotional state?  Or Bill Belichick?  We don’t even think.  Why do we even talk about these things?  We expect our coaches to be absolutely creative, innovative, great leaders, great disciplinarians, ahead of the curve.  That is what we pay them millions of dollars for, right?”
Fran Tarkenton on WCNN in Atlanta with the Rude Awakening

Drew Brees: “Until we see proof or evidence I really don’t see how you could believe anything that is being said.”