Mike Tannenbaum On Darrell Revis: “He deserves for us to go to him, and now we just have to go find that spot.”

All 32 NFL teams have reported to training camp and are in at least their first full week of practice sessions. That includes the media darling New York Jets, who of course are without the services of Darrelle Revis as of yet. Revis, who stormed onto the scene last year to become what head coach Rex Ryan calls the best cornerback in football, wants a new contract that pays him much more than his relatively modest rookie salary will in his third year. The Jets are willing to work with him, but are understandably firm in not giving Revis everything he may want. He is after all still on the hook for three more years before his contract expires.Jets GM Mike Tannenbaum joined ESPN Radio New York to talk about the Revis contract situation, how he told Revis after last year’s AFC Championship Game that the Jets intended to make him the highest paid cornerback in the league, how he’s not at all in agreement with the sentiment that Ryan put the Jets in this position by claiming Revis was so great, how the Jets and Revis are just not quite in agreement about the exact compensation amounts, and how he wouldn’t say that the negotiation process has gotten contentious just yet. 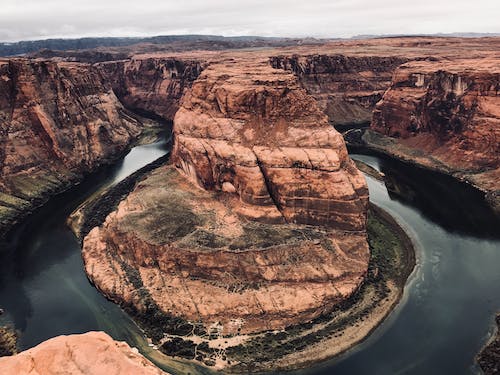 On how disappointed he is that Revis is not in camp:

“Well certainly we’re disappointed that Darelle is not here, but as I mentioned yesterday, we did go to him proactively to address his contact multiple times in the offseason. And we’re working on that, and we know how well he’s played, and we know he has three years to go to his contract. And given those two things that we’ve acknowledged, we’ve got to find a deal that makes sense for both sides and that’s what we’d like to get done.”

On the reported conversation that he had with Revis after the AFC Championship Game where he said that they were going to make Revis the highest paid corner in the game:

“Well I talk to players all the time. The conversations I have with players are confidential, I don’t comment on them publicly. But as I said, we’ve reached out to his agent multiple times in the offseason, they’ve been very respectful and gotten back to us right away. And I think where we are right now Michael is we just have a disagreement on what the compensations should be. And that’s really where we are. It hasn’t because of a lack of effort on either side; it hasn’t because we can’t communicate. It’s just we’re at a disagreement right now.”

On if he agrees that Rex Ryan’s ‘grandiose’ statements about Revis has put the Jets organization in this bind:

“I think we’re extremely lucky to have Rex as our head coach. He’s a guy that instills confidence and he’s not shy. And let’s face it: we all see it the same way. Darelle’s played really well, I’m really proud of the fact that I was part of the decision to trade up and get him going back three years. That was obviously a very good decision by our organization and I’m proud of that. And he’s played really well, nobody’s disputing that. And he has three years to go, so, given those two facts, where’s the appropriate landing spot? And at this point we don’t have an agreement. But I think Rex has helped him; he’s coached him well, our coaching staff has coached him well, and Darelle has worked very, very hard. He deserves for us to go to him, and now we just have to go find that spot.”

On the worst case scenario – if he thinks the Jets can make the Super Bowl if Revis doesn’t sign:

“Our job is to put a good team on the field year in and year out, and Darrell Revis is a real good player and obviously he can help us win a lot of games. But I really like the direction of this organization; I really like the direction of this team, this coaching staff, and I expect us to put a really good product on the field. And Darelle can make us better. But we’re not about any one individual, we’re about a team.”

On if it’s true that the Jets’ ownership is strapped for cash and that it’s factoring into this negotiation stalemate:

“No. We went out and got Brett Favre, we traded up for Mark Sanchez, we have the best facility in the NFL, we’re going to the best stadium in the NFL, resources have never been a problem. Again, we’re talking about total compensation here, and we have a disagreement about total compensation. and until we get over that threshold issue, all these other subsequent issues of bonus, cash flow issues – they really don’t matter. We don’t have an agreement on the amount of money that should be paid. Once we have an agreement on that, we have to keep ourselves in the room and work through the rules which are really, really difficult because we’re in the last year of the Collective Bargaining Agreement, and find a landing spot that we can both live with.”

On if he’d say that negotiations have gotten contentious at this point:

“I wouldn’t say they’re contentious, I would just say we have a disagreement about compensation. Their side is well prepared and well researched, and so are we. Again, we begun this probably the Tuesday after the Colts game and we’ve talked to them the last six months, or four or five months. With that said, we’ve been able to solve a lot of other problems, make a lot of other trades, made a lot of other signings. And while we’re doing those things, we’re trying to figure out something that’s appropriate for both sides. So it’s been very important to us, but with that said, I haven’t stopped the progress of the organization and we’ve been able to do other things like Tomlinson, and Cromartie and Jason Taylor. Again, we’ve recognized that we want to do this early on in the offseason, and we’re going to keep working at it.”

On what the rush was to extend Ryan considering he had multiple years left on his contract left:

“Well Woody and I had talked about it, we’re very happy with him. We feel fortunate that he’s our head coach, and we talked to him in very, very short order, we found something that we felt was fair and that he felt was fair. I think that just speaks volumes that we have the best owner in pro sports. Woody has two passions – it’s the New York Jets and raising money for charity. He’s obviously very comfortable with Rex, and it was just another way for him to say that this is what we stand for in terms of continuity. We all know that Rex is going to be our head coach, and quite frankly we feel like we’re lucky to have him.”