What a season for the Atlanta Falcons. After missing the playoffs in the second year of the Mike Smith and Matt Ryan era, the Falcons responded in a huge way.Ryan was particularly instrumental in Atlanta going 13-3 and securing the No. 1 seed in the NFC Playoffs. Ryan’s individual numbers were up across the board from ’09, and because the Falcons are guaranteed to play at home where Ryan’s been nearly perfect to start his career, the Falcons have a great shot to represent the NFC in this year’s Super Bowl.Ryan joined The Dan Patrick Show to talk about clinching the No. 1 seed and home field advantage throughout the NFC Playoffs, what he plans to do this weekend while the Falcons are resting and preparing for their Divisional Round game two Saturdays from now, his TV watching rituals during a rare off week, how he has no problem with the current playoff format that allows a 7-9 team like the Seahawks to make the playoffs and host a first round game, how it doesn’t matter if there’s still doubters out there, if he’s ever used hair products before a game, how it would go over with his family were he to grow his hair out as long as Tom Brady’s, if there’s a Super Bowl or bust mentality amongst the Falcons, and how he would advise Andrew Luck to leave Stanford and enter the NFL Draft. 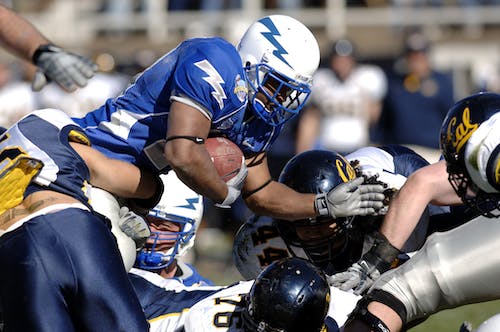 On what his plans are for this weekend:

“I’m going to sit back and watch these games, and find out who we play next.”

On if he takes notes, has a TV watching ritual, or anything like that when he gets the rare chance to sit back and watch an NFL game from the couch:

“You know, it’s always tough on the T.V. copy, at least for me, to get a full grasp of what’s going on. But just watch it like every other fan, I’ll be intrigued. Then when we find out who we play, start watching the coaches tape.”

On if he has a problem with a 7-9 team qualifying for the postseason:

On if he believes the Falcons have proven themselves as a top-tier team or if there’s still people out there who doubt their ability to win it all:

On how he’s different in the huddle this year compared to in ’09:

On if he’s ever used a hair product before a game:

“Not before a game. It kind of gets in the helmet. But I’d be lying if I didn’t say I have. You never know who’s watching; who could be out there seeing you at that point.”

On how it would go over in his family were he to grow his hair out as long as Tom Brady:

“My hair’s pretty long right now. I don’t think I’m physically capable of growing it that long, you know what I mean? My hair’s a little thin on top.”

On if there’s a Super Bowl or bust mentality amongst the Atlanta players:

“Yeah I think everybody has that expectation, and guys in our locker certainly do. But really that’s down the road at this point. One of the things we’ve done best this year is keep our focus narrow as players and worrying about the next task at hand. I think if we continue to do that, we have the firepower to get there.”

On if he would advise Andrew Luck to come out early if he thinks he’ll be the No. 1 overall pick:

“You know what? I would say that to him. I wasn’t No. 1, I was No. 3 coming out which is pretty early, but I stayed for my fifth year.  But I wasn’t the situation that he was before. And I think looking back on it, had I been in that situation earlier in my college career, I think I would have made the decision to come out. But again, it’s up to him.”