Leigh Steinberg on 2011 NFL Lockout “I don’t think there’s a realistic chance that we’re going to be missing games.”

It’s the fight that no person on the face of this earthwho follows professional sports want to hear about. The fight that involves billionaire owners versus millionaire players. You know the dispute going on where the owners and NFLPA can’t figure out a way to share the $9 billion industry that the NFL has become. This on-going fight has now spilled over to the streets of our nation’s capital in Washington, D.C. The second extension of the current CBA deadline expired late on Friday afternoon witha slew of name-calling from bothsides ensuing as lawyers now become the big winners in this whole thing due to the amount of money they’ll make in the courts. The sophomoric and childish venom spewed at bothsides became a twitter onslaught throughout the whole process with respected players such as Drew Brees getting into the act. The whole thing has become a big joke to the die-hard fans who are now suffering and jamming up the phone lines of talk radio wondering why in a world where a natural catastrophe occurs in Japan on Friday that these overpaid owners and players couldn’t find a way to settle an argument of greed in the last 7 days or more? 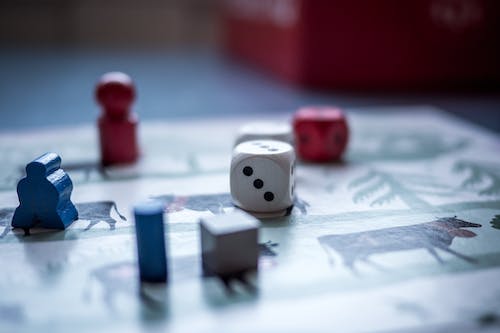 The owners feel that they got the raw end of the deal in the last CBA agreement and have been preparing over the last three years, banking on $4 billion dollars in network money that was supposed to be used to fund a lockout until our pal Judge David Doty in Minneapolis foiled their plans. DeMaurice Smith and the players want ten years worth of audited, financial, information before understanding why they should be giving back to an NFL business that is doing so well in a tough economy. Fans just want the NFL game back that they love and it’s quite frankly hard to understand why we’re here in the first place if the league is doing so well? Leigh Steinberg is a well-known sports agent with clients such as Ben Roethlisberger. He weighed in on the future of the NFL during this current lockout from the legal perspective.Leigh Steinberg joined KTAR in Phoenixwith Gambo and Ash to discuss if he really thought anything was going to get done in the NFL collective bargaining agreement after two extensions were granted, why does he think the owners are hesitant to open their books to the NFLPA, what does he make of the latest story claiming that free agency in the NFL could start as soon as this week despite a lockout and has he gotten letters from NFL clients stating that they are not part of the NFLPA any longer and now agents like himself don’t have to follow NFLPA rules anymore since the union was decertified.

Did you really think anything was going to get done negotiation wise with the two extensions given to the NFL CBA deadline?

“See there’s a long tradition in the NFL of not concentrating on business matters or giving a bottom line until there’s imminent danger, until there is a threat. The problem with the March 4th deadline or the extension for a week is that football is not being played now. We don’t have training camps going on and with hundreds of millions of dollars at stake I thought it was always problematic and hard that people were going to get their bottom line. You know the players wanted 50% of the gross revenue. Management has been offering 43/44%. I’ll bet that management came about half way up on that today, but it broke down when the player said ‘Look you are saying you have economic necessity. If you’re saying you needed money given back than show us your last ten years of certified, audited, returns for each club and let’s see if that accurate or not.’ Management said no. We’re back to decertifying. Now the players have always been better in court than they are on the strike line. This is not the Bolshevik Revolution with players being great strikers. They have short playing careers. They get paid all their money from September to December. Last time they tried to strike Joe Montana, Howie Long, Lawrence Taylor crossed the picket line. They are very good in court and now this moves back to Judge Doty who was the same judge who gave them a victory in terms of telling owners they couldn’t use the TV money ($4 Billion) from next year to support themselves if they did a lockout.”

Why do you think the owners are hesitant to open the books to the NFLPA?

“Because they’re worried about where that information will go and what will happen with that information. I’m sure that’s what their fear is, but in another sense they could put limitations on where the information went. They could do whatever they would want to do to keep it private. The bottom line is that the negotiations have broken down. I would guess that you will have management at some point in the next three days probably lock the players out. The players will go back into court and I again would guess as name plaintiffs probably use the three biggest names. The three biggest quarterbacks. You could expect to see Tom Brady, Drew Brees, and Peyton Manning as plaintiffs arguing against an unfair labor practice. That case will go on. Individual players can sue under anti-trust. Currently there are about 500 free agents that don’t have new teams, so that’ll get pushed back. I don’t think there’s a realistic chance that we’re going to be losing money in the long run, excuse me missing games. I just don’t think that’ll happen.”

What do you hear and make of the latest story on free agency starting as soon as this week? Can the NFL go on like normal with an impending lockout and have free agency?

“Absolutely. This league has been known to be able to function under emergency conditions. All sorts of times. Just think about the fact that you have all of the players drafted for the NFL draft in April. Nothing happens in April, May, June, July. It gets to be late July and training camps open within a week you have incredible signings of every single player.”

There were reports that NFL players sent agents letters saying now that they are not part of the NFLPA and there are no more rules? Have you gotten this letter and what do you make of this? How would this change the way that NFL agents go about business?

“Part of the reason that we’ve had a clean up of the agent business is the fact that agents are certified. They have to follow a variety of different rules. Educationally now you have to get post-grad degree. They have to follow all sorts of restrictions in terms of how they recruit athletes, signing them to contracts, that the NFLPA has approved, which restrict in football the amount that an agent can charge a player at 3%. It’s got a variety of other ethical restraints. Well those are all gone, so it’s the ‘Wild Wild West’. It’s just a very,very… but no business will be taking place, so it really doesn’t matter. In other words it would be a little but tragic because when I started back in 1975 you use to see players that were multiple signed that had 5 different agents you know that would sign them. You would see players that would have money go to them, cars, and women.”