Amar’e Stoudemire On Making The Playoffs “This is only a small piece of the pie. We’re still looking to accomplish more.”

The New York Knicks have not only gotten back to the .500 mark by winning three games in a row over the last week, but have finally made it back into the postseason for the first time in seven seasons. You know basketball was bad in the Empire State over the last seven years when you consider the Knicks organization had the likes of Stephon Marbury and Eddy Curry plaguing Madison Square Garden for far too long. The days of Isiah Thomas running the show in the front office seem so far away or are they if Donnie Walsh’s contract is not renewed by James Dolan at the end of this season?The man who should be attributed with igniting New York’s shift back into a winning basketball culture (I say that cautiously at .500 in the Eastern Conference) is Amar’e Stoudemire. Stoudemire signed a 5-year contract in the neighborhood of $100 million dollars to take his talents to New York, embracing the challenge of resurrecting a fallen basketball city, stating the Knicks were back. The Knicks were crucified for giving Stoudemire a contract of this length with his prior injury troubles, but the man dubbed “STAT” has been worth every single penny of it. 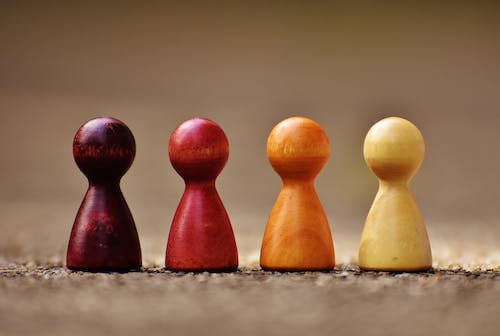 He’s brought an excitement back to MSG that has New York basketball fans believing again. This is only the first step in the journey according to Stoudemire as his squad is looking to make some noise in the first round regardless of who they square off against.Amar’e Stoudemire joined ESPN New York on The Michael Kay Show to discuss the New York Knicks making the playoffs, wanting more than just making the postseason, how exhausted he was carrying the Knicks before the Carmelo Anthony trade, was there ever any concern that maybe the Knicks wouldn’t make the playoffs, did the thought ever enter his mind that he didn’t want Carmelo Anthony coming to the Knicks because he wouldn’t be “the guy” any longer, did he take the wedding toast by Chris Paul at Carmelo Anthony’s wedding seriously, does Mike D’Antoni teach defense at all or is it all about offense and which team is a better matchup for the Knicks in the playoffs.You must be pretty proud of the first step that you proclaimed back in July, which was was getting the Knicks back to the playoffs?“N0, absolutely man.

You know when I first signed here in New York this was the plan to really turn things around and try to get us back into a winning mentality and get back into the postseason and so far so good.”You’ve played in the postseason with the Phoenix Suns. This must not be all you want to do is just make the playoffs? This is just the first step right?“Oh absolutely. This is only a small piece of the pie. You know we’re really trying to make something special in New York happen and I think just finally getting back into the postseason is something that excites the fans, but again we’re still looking to accomplish more.”How exhausting was 18 games in 30 days?“Oh man it was brutal. It was brutal. I don’t think I’ve been part of a month that hectic because we played and they [NBA] even threw in the Orlando [Magic] game as a make-up game that month, so it was tough.

”Even without a terrible March schedule how exhausted were you physically, carrying this team every night before the Carmelo Anthony trade?

“Well you know what, I take pride in staying in shape, so it really wasn’t a problem for us playing extra minutes and just being that anchor of the team. I just think that month of March was brutal for all of us emotionally and also physically because we had trades. We had guys traded and guys coming in, trying to figure out chemistry, so you know it weighed a lot on us.”Was there any thought in your mind after the Carmelo Anthony trade as the Knicks struggled that maybe you wouldn’t make the playoffs?

So what we did was just connect and talk about what the plan was and really try to figure out the chemistry. I think over the past few games we figured it out.”Did the thought enter your mind that you didn’t want Carmelo Anthony coming to New York because you wouldn’t be “the guy” anymore? True or not?“Nah that’s not true. You always need other great players with you in order to win a championship. That’s the way I look at it, so whatever we can do to bring in the right pieces to ultimately win a championship. That’s the goal.”I’m always wondering about the Carmelo Anthony wedding.

Did you take that toast by Chris Paul seriously regarding the future of the Knicks being the three of you guys together?

“Nah I thought it was a joke to be honest you. [Michael Kay: Was Chris Paul laughing when he made the toast?] We were all just laughing and having a good time.”Does Mike D’Antoni teach defense or is it all about offense? “It’s a little bit of both. You know I think Coach D’Antoni definitely… he’s known to be a phenomenal offensive coach and defensively you know he definitely goes over different strategies on how we can defend teams and players. Again it’s up to us to really implement what we think can better ourselves defensively.” Right now if the season were to end you would be playing the Miami Heat. Is there a better matchup for the Knicks out there? Is it the Heat or the Celtics?“Man I think they all look pretty good. It’s just kind of a tough decision to figure out which team you would want to play, but you know it all depends on who is there.”Listen to Amar’e Stoudemire on 1050 ESPN New York here Tags: 1050 ESPN NY, Amare Stoudemire, New York Knicks make the playoffs for the first time in 7 years, The Michael Kay Show