Larry Brown On The Still Homeless Allen Iverson: “If you think you’re going to manage his minutes and he’s going to be satisfied with that, it’s not going to happen.”

Before I get any further, don’t believe for a second that Larry Brown had anything negative to say about Allen Iverson. Far from it in fact. You’ll see. Anyway, there’s all sorts of interesting nuggets in this Larry Brown interview from Wednesday. The Charlotte Bobcats were in town to play the Philadelphia 76ers, which of course were Brown’s old stomping grounds earlier this decade. Brown joined 97.5 The Fanatic in Philadelphiato talk about his young, scrappy team, the trade for Stephen Jackson and how that should help the Bobcats offense, and then about Allen Iverson who was recently released by the Memphis Grizzlies. Browns had been making calls on AI’s behalf this summer and is back at it again now he’s without a team once more. The team he thinks AI’s most likely to land with? The New York Knicks. A great, informative interview on a multitude of NBA topics. Take a listen. 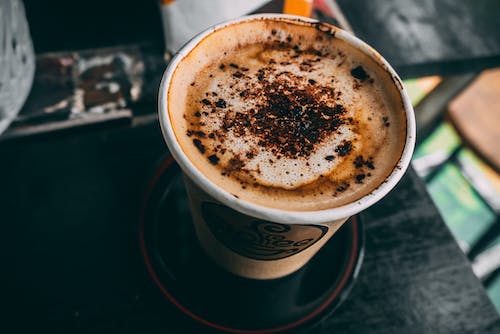 On his young injury depleted team:

“We play hard, we’re defending great, we’re having trouble getting the ball in the basket. You know, we had some major injuries in preseason so we’re kind of disjointed a little now, and we just made a big trade. But I think we have a chance to get better. You said we have a young team – we have some really good young players that are great kids, want to improve and we just got to do a good job of coaching them. But you know, it’s fun everyday going to work and I enjoy being around this group.”

On the trade for Stephen Jackson and what he’ll bring to the Bobcats:

“Well we had trouble scoring the ball, and he can not only score, he can create for others. And that really is a big part, it was a a big area of where we were struggling. We lost a great defender and team guy in Raja Bell and Radmanovic is a tremendous shooter, but we weren’t getting him the ball very much in positions where he could help. But Stephen will, he already has – you know we played Orlando down there and he got off the plane and played without practicing, and if we would have made free throws, we would have won the game. And he did a great job so, I think it will help us. And like I said, anytime you have versatility when you lack depth like we do, Stephen can play a  lot of positions, it really helps you. So we’re excited about it.”

On making calls on Allen Iverson’s behalf as he looks for a new club and why he does or does not think AI would be a logical fit to return to Philly:

“Well I’d bring him to my place in a minute because we’ll fill the building up just to have them see him. But the only way you can bring Allen in is if he’s one of your top three guards and he’s a big part of that rotation. Because you know how much he wants to play. I mean it kills him sitting on the bench.”

calling teams around the league on AI’s behalf:

“I just want to see Allen go to a team that he has a chance to win with. I called New York because with D’Antoni and the way he plays, shoot, that’s perfect for Allen. But I called a lot of teams in the summer that had a chance to win that I thought he would be good with, but it simply didn’t work out. But in order to bring Allen in, you have to realize this is a kid who’s so competitive – that’s what’s made him great. And if you think you’re going to manage his minutes and he’s going to be satisfied with that, it’s not going to happen. He has to be a big part of your team and you have to be confident that you’re going to let him do what he does.”

On if he thinks AI’s unwillingness to play a supporting role is hurting his chances of finding a team that will be a good fit for him:

“I think so, but he doesn’t think he needs to. Here’s what happened – when he thought about coming with me he said coach I don’t care if I start, you just give me an opportunity to start. And I said that’s fair. I hope I do that with all my players. But I told him that if he came with me, I have two guards sitting there and they would be unhappy, and I didn’t think that was fair. So when the Memphis situation came up, I looked at their roster. One, he made more money with them which I thought was a factor. And two, they just had Conley and Mayo and he was under the opinion that he would get a chance to start. Well, he missed all of training camp and I think that hurt. And then he was a little impatient. But the real factor was his family wasn’t with him. His family’s in Atlanta and I think they didn’t want to move to Memphis. And I think that was the major reason he wanted to leave.”

On if he thinks it’s at all possibile of him landing with the Knicks:

“Oh yeah. Yeah, well Donnie loves him; Donnie’s always loved him and admired him. But it’s up to D’Antoni and that’s what Donnie told me. He’s not going to ask the coach to take a player which I think is the way a GM should work. But I don’t want to see the kid end his career like this. We played them the last exhibition game in Memphis, and he was just working out. I never saw him so happy. I mean it was amazing. He knew he was coming back and had a great frame of mind. And then I watched the first game – he played like 17 minutes and I read some of those comments and I immediately called him and his agent. I didn’t get him, and I said, we can’t let this happen. This doesn’t look right, but he’s an emotional kid as you know, and that’s what made him great. You know, some of the things that get him in trouble also made him so special.”