Well, this is a first for me, and something I never really thought I’d find myself typing: Justin Bieber is making what I believe is his Sports Radio Interviews debut. And let me tell you, he was all about talking sports.Mike Missanelli did his best to get Bieber, one of the top pop stars in the country right now, to talk about his relationship with Selena Gomez, but Bieber calls him out and says they should talk sports. Once there, he declares himself a Toronto Maple Leafs fan, which he says goes to show the world that he doesn’t just hop on bandwagons.(Editor’s note:  97.5 the Fanatic in Philadelphia just finished the best radio promotion I’ve seen in years.  They have a pair of Eagles season tickets to give away and afternoon host Mike Missanelli created a bucket list of celebrity guests he’d like for his show. Names from Tiger Woods to Shaq to Snooki to Betty White and Mark Zuckerberg.  In order to qualify for the season tickets, you had to somehow track down one of these celebrities and get them on Missanelli’s show.  I love the idea. I’m sure it will be stolen by many stations after they read this. Justin Bieber wasn’t on the original bucket list of 50 names, but Missanelli was obviously shocked and excited to hear from him)Justin Bieber joined 97.5 The Fanatic in Philadelphia with Mike Missanelli to discuss what he’s up to, why he changed his hair, his relationship with Selena Gomez, his sports fandom, his basketball game, his respect for shows like American Idol and why Oklahoma State coach Mike Gundy was briefly a part of his ringtone. 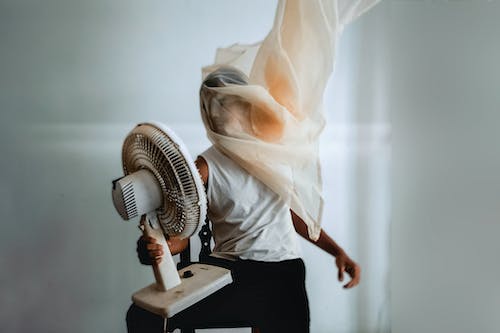 What are you doing right now, are you touring?:

What’s with the change in hairstyle?:

What’s up with you and Selena? Is that official or what?:

“She’s on tour right now. You know, I like to keep some of my private life to myself. … It’s pretty obvious, but I don’t really like to talk about it.”

Are you a sports fan?:

“I am a sports fan. My favorite team, I love hockey, I’m from Canada, so I love the Toronto Maple Leafs.”

That’s a tough team to like. They haven’t won in a while:

“It is a tough team, but you know that I’m not joining a bandwagon.”

You also play a little basketball and played in the celebrity game. Who did you humiliate?:

“I crossed over a couple people. I recently played in [Ludacris] tournament in Atlanta and I crossed over Chris Paul a few times. We played against Steve Nash in New York. That was pretty fun. … It’s fun to go out there and play with these people and have a great time.”

How long have you been playing? And did you play hockey, too?:

“I was a hockey player. I played hockey my whole, life, travelled and all that stuff. I played basketball just like at school and at the YMCA and stuff.”

You were a star that was just discovered without all these reality shows. What do you think of things like American Idol?:

“I think that some of these people, they have no other way to break themselves out into the mainstream world so they go on American Idol. I respect it. Some of the people, you never end up hearing much about them, but I respect it. Kelly Clarkson did her thing on it. Carrie Underwood’s amazing. It was a good thing for them.”

“I’m a man; I’m 40. That was my ringtone for a minute. When I first heard it, me and my boys were just laughing. … It’s definitely not that anymore. It’s just something regular.”