It’s tough to question LeBron James’ talent on the basketball court. As a basketball player, LeBron James is arguably the best player in the NBA and has a rare combination of size, speed, and athleticism. However, as a person, I will continue to criticize LeBron.Maybe the writing was on the wall and I overlooked it. Maybe there were things I should’ve known about LeBron James that I overlooked because of his supreme talent on the court. Or maybe I was just duped. I have been following LeBron since he was in high school and I have been covering him as a member of the media for the last four years and yet I didn’t see this coming. Yes, there were some moments that he was criticized. He showed up at an Indians-Yankees game with a Yankees hat on. He also went to a Browns-Cowboys game in and went down and watched the game from the Cowboys sidelines.He failed to shake the hand of any Magic player after getting bounced out of the Eastern Conference Finals. There were things that he did during his time in Cleveland that were criticized and rightfully so. Despite his slip-ups, I never saw this side of LBJ and feel blindsided by him. He is clearly not the person that he was portrayed to be. For the first time really since he decided to take his talents to South Beach, LeBron James opened up in an interview with GQ Magazine about a number of different things. The issue will be released in September and JR Moehringer was the lucky writer who got to spend some time with LeBron.JR Moehringer joined 790 the Ticket with Jorge Sedano to talk about what was the overriding factor that played into him going to Miami, how much it matters that Dwyane Wade and Chris Bosh are both in Miami, on people calling him immature, on what he sees from the people that are around him on a daily basis, whether or not William Wesley was around at all, how much he thinks LeBron is focused on basketball, how much not having a father has affected him, and what his relationship is like with his former high school teammates. 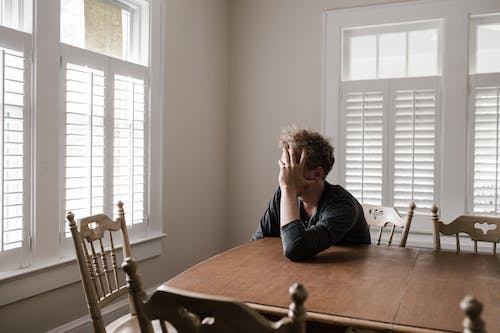 On whether or not he feels LeBron was trying to recreate his time in high school by joining the Heat:

“I actually think it’s the overriding factor. I do think he wants to win, but I think this is more than just a factor. I think his desire to recreate this golden moment in his life, the happiest four years of his life, this time when he felt safe, confident, indomitable, I think this decision to go to Miami is a clear attempt to recreate that time. It’s more than a factor. It’s one of the driving forces in the decision.”

On how he feels about people saying LeBron is immature:

“I disagree. I think that wanting to be happy, if that’s immature than maybe immaturity is healthy. I think some of the older players who’ve criticized him can’t understand putting personal relationships and friendships that high on your list of priorities. Do we really think that (Charles) Barkley cared about playing with friends or (Michael) Jordan? That wasn’t their priority. They were maybe a little more ruthless. Their priorities were ordered differently. That didn’t mean that LeBron was immature. It just means he views life a little differently and I think this emphasis that he puts on personal relationships like trust, loyalty, and friendship, it makes him likeable on a one to one level. It feels kinda crazy to call LeBron likeable right now since the whole country is trashing him and rolling their eyes at him. But he is. When you’re sitting with him he’s a very warm guy, and he’s a very engaging, likeable fellow. I think part of that comes from the emphasis he puts on people. Who he surrounds himself with is paramount to him. I don’t think it’s immature and I don’t think he’s trying to revert to high school. I just think that he’s just trying to recreate a winning formula that was so successful for him in high school and he’s trying to recapture a feeling. This is just a guy that says basketball used to be fun. What can I do to make it fun again? Maybe I will play with guys who I trust, that have my back and whose talents compliment mine. If that’s immature than I don’t see it.”

On whether or not he thinks LeBron needs to think more on his own:

“That’s my theory. This seems to me to be a case where he let the people around him whom he trusts, he let them put him in a very bad situation and he just didn’t think it through. Going forward he’s going to have to think of things on his own. He’s gonna have to separate himself a little bit from the people around him and not just take what they tell him at face value. I think he’s a smart guy and I think if he had taken a few moments quietly by himself in a room sitting in a chair and thought an hour long special devoted to me, live television, announcing to millions of fans that I’m not going to be playing for their team, maybe that’s not the best idea. I think he would’ve seen it. I like to think that. In the future he’s going to have other decisions to make, I hope he realizes he needs a different decision making process.”