Josh Hamilton Will Make A Good Evangelist Some Day
by Bunk

The unfortunate and terrifying thing about alcohol and drug addiction is that it’s not something that can be beaten and then forgotten about for the rest of one’s life. Once it afflicts somebody, it’s there for life. For Texas Rangers outfielder Josh Hamilton, it appears the disease has gotten the best of him for the time being after years of triumph over alcohol and drug use. Deadspin broke the story with photographs of Hamilton drunk in a bar in compromising positions with a few women this past January.  Hamilton joined ESPN Radio Dallas to talk about the incident, how he continues to find happiness and salvation in Jesus Christ, how he intends to keep sober moving forward and even a little baseball talk about his Rangers’ playoff chase in the AL West and the AL Wild Card. 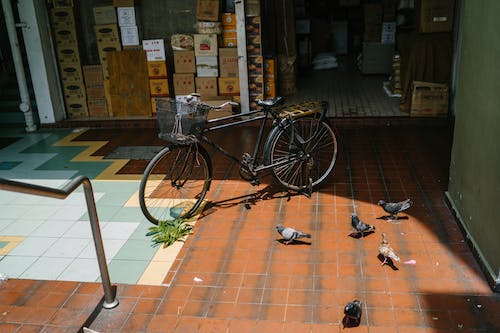 On if he got any lip from the Yankees crowd about the incident several weeks ago:

“Not as far as that. Nobody made any references to that. You know, they still talked about drugs and stuff like that, but you know, Yankee Stadium has never been as people say it’s going to be. You have four or five crazy people at every stadium, but it hasn’t been that bad. You know, especially out in right field, I figured I’d get worn out because I got them on each side of me. And it wasn’t bad.”

On if he’s gotten jeers at ballparks across the country since the controversial photographs surfaced:

“Yeah I mean occasionally. But for every ten people that are saying negative things, I got 150 saying positive things.”

On if a weight’s been lifted on him since the incident came out and became public:

“You know people – a lot of people think so – but you know, the weight’s lifted when I asked Christ to forgive me for what I’ve done wrong. And as soon as I did those things, I did that. And you know, really the thing, why I think it seems like people think that way is because it kind of lit a fire under my butt as far as proving to people who sold the pictures, who tried to bring me down, tried to bring the team down. They thought it would be devastating to me to put that out there.”

On overcoming his tough situation both privately and in the public eye once again:

“You know, I feel like a let a lot of people down. But at the same time, the real thing that hurt me more than anything was sinning, doing those things I shouldn’t have done. Obviously displeasing the Lord. And then for Katie’s [his wife’s] sake, people – by looking at pictures – obviously want to think I cheated on my wife and have cheated on my wife. And that’s not the case. You know the Bible says Paul had a thorn in the flesh and it didin’t’ say what his thorn in the flesh was. And my thorn in my flesh is alcohol and drugs. And he asked the Lord to take it from him and he said my grace is sufficient. And it was a big reminder to me that I can’t have alcohol. I’m a different person when I have alcohol. But Katie and I and everybody who needed to move past that has moved past it in January. And like I said, we had already put it behind us and it happened to come out. And actually, the Lord’s been glorified a lot more. Jesus’s name has been in the paper a lot more during that week, week and a half then it ever has been.”

On his torrid hitting since the incident:

“You could say it was a coincidence, but like I said before, it kind of lit a fire under my butt and I’m not going to let anybody feel like they could control my life as far as me getting down on myself, or getting depressed, or being totally upset and think it’s the end of the world because this happened. Like I said, I lived it, I learned from it and I reminded myself that I can’t have alcohol. Like I said before, I’ve had so many people come to me and say they’re praying for me, encourage me and a lot more than I do saying I suck or where’s the whipped cream or all those little comments.”