The story involving Jonny Gomes has brought me back to a story of mine from sixth grade. In case you missed it, Hall of Fame writer Hal McCoy basically reported that Cincinnati Reds outfielder Jonny Gomes celebrated when he heard about the injury that has St. Louis Cardinals pitcher Adam Wainwright out for the year. Gomes took issue with the report, saying he was actually celebrating the fact that he could delay his shooting of his mugshot for team use.In sixth grade, I made a pretty dumb bet with my friend that he would be honored first by a group that honored good students. When he won, I celebrated vigorously for winning the bet. The teachers noticed that I celebrated profusely even though I was not selected and called me on it. I tried to tell them I was celebrating because I was just “sooo happy for my friend.” Not shockingly, they didn’t buy it.In the same regard, I find it hard that Gomes could ask about the Wainwright injury while simultaneously dancing around because he was “sooo excited to not have to shoot his jumbotron photo for an extra 15 minutes.” Was I there? No. So I and we will likely never know the whole truth. I’ll give Gomes the benefit of the doubt, but not without calling it out for being a bit fishy.Jonny Gomes joined ESPN 101 in St. Louis with The Fast Lane to discuss his side of the Adam Wainwright injury celebration story, if he understands why Hall of Fame writer Hal McCoy saw the story the way he did, the reaction to the story, trying to get in touch with the St. Louis organization to bury the hatchet and the excitement surrounding the Reds. 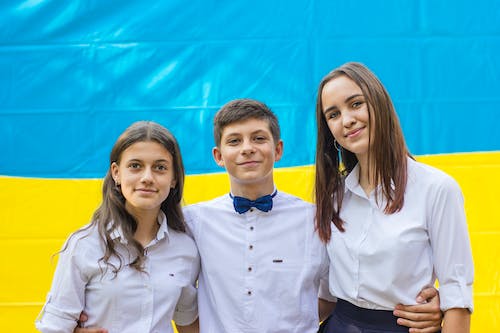 What did happen yesterday?:

“I try and be one of the first, if not the first, in the ballpark everyday. … We just got the news and no one else was really here and the story’s going to sound silly, but I’m just going to tell it all. Early in camp, we’ve got to do all our face shots and jumbotron shots … and I asked if my time could get moved back 15 minutes, to allow me to get my workout in the gym. … Jokingly, I was dancing around and just kind of being a character and thanking him for the extra 15 minutes. … In the clubhouse, there was only two guys … and I asked if anyone’s heard, ‘Is Wainwright gone? Is Wainwright gone?’ … Now, if we were able to take ‘is’ out of that sentence, that’s going to sound pretty bad.”

“How am I going to trump him? I’m not. I’ve reached out to him and he’s pulled his story off his blog and off his website and wrote a relapse story to it already. … I just had to come out and say it myself.”

“I had to, right when I stepped foot into the door, my wife read it and that’s not the guy she married and not the guy she knows. First and foremost, I’m not worried about the bloggers. … But it’s about a few people, number one Wainwright, number two the St. Louis organization and number three my family and my team. That’s who I’ve got to clear this up with.”

Does he understand why Hal McCoy might have perceived the story the way he did?:

“Well, no, I can’t because. … There were three or four other writers in the clubhouse that confronted me on it and they didn’t write anything about it. They didn’t think what I said was negative. … I don’t know what he heard.”

Who is he trying to get in touch with in St. Louis?:

“I just have a call in to the general manager and to Adam. I’m sure I’m the last person they want to hear from at this point. … The general manager, he’s dealing with his ace going down and Adam Wainwright’s worried about his career. I just want to get it out there that I’m not apologizing. … I didn’t do anything wrong.”

On the Reds so far in spring training:

“This is about as excited energy as I’ve seen in camp. … It’s been a real positive note so far.”