College football season is just a day away, so it’s time for that yearly preseason reminder from the folks at the BCS why they believe their system is still the best. Executive director Bill Hancock is here once again to deliver it.The arguments remain the same: The college presidents believe the BCS is better because it creates the most exciting regular season whereas the playoffs create an exciting multi-week ending. Also, they argue that no one has presented a playoff system that keeps the prestige of a bowl trip for student-athletes.Bill Hancock joined WDAE in Tampa with Dan Sileo to discuss if the bowl games outside of the title game remain relevant, if we will see tweaks to the BCS in the coming years, why a playoff is bad, why the FCS seems to think a playoff is good and if he’d be a proponent of a team from a non-automatic qualifying conference making the title game. 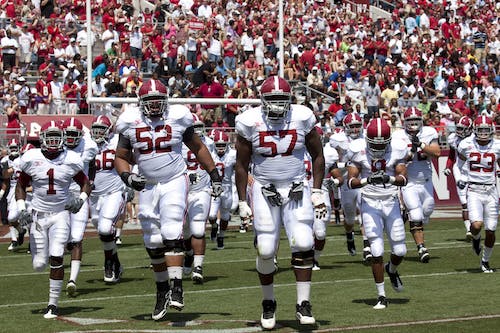 Do you need to tweak anything to make the non-national championship bowl games relevant?:

“I think what we really have done in the BCS is guaranteed that No. 1 and No. 2 are going to meet in a bowl game, which happened so seldom before the conferences decided to get together and create the BCS. I think the Jan. 1 of my childhood, when there were four games, will not come back. That genie’s out of the bottle, unfortunately. It’s interesting. We’re giving fans more football than they’ve ever gotten before.”

Will we see different variations of the BCS in the coming years?:

Why is a playoff bad?:

“The reason that the presidents and the coaches and ADs support what we have is two things. First of all, we have the best regular season in sports in large part because there’s no playoff at the end. We have three months of frenzy rather than three weeks of frenzy at the end of the season. Our folks feel strongly that’s in the best interest of the game. The second one is the bowl system, the bowl tradition, the bowl experience for the student athletes is so wonderful and worth keeping. No one has come up with any kind of a playoff that will keep that same bowl experience where the athletes get to go spend a week in a different culture and they’re the talk of the town.”

So why is it good to have a playoff at the FCS level but not the FBS level?:

“The situation there is that they never had a bowl system, so their athletes don’t get that same kind of reward at the end of the year. And frankly, a lot of people are not real happy with those playoffs. The attendance at those games, as they play on campus until the finals, the attendance is less than regular season games. What they have is a series of one-day business trips. … A lot of people in that group would frankly like to try something different. I talk fairly often to coaches who either are in that system now or used to be and they say, ‘Mr. Hancock, please keep what you’re doing.’”

Would you welcome a team from a non-automatic qualifying conference to play in the title game?:

“Absolutely. Boise State was, well, if we weren’t on the radio, I would hold my fingers together and say, ‘This close,’ to qualifying last year. It’s going to happen sooner or later.”