Joe DeCamillis: “People that give up in these times aren’t worth their salt.”

Wade Phillips is out in Dallas, but his coaching staff remains. Jason Garrett will assume the head coaching duties on an interim basis, while Paul Pasqualoni slides into the defensive coordinator role that Phillips had previously manned. Special teams coordinators typically aren’t all that well know, but Dallas’ ST architect, Joe DeCamillis is widely considered one of the best in the business. His unit has struggled as mightily as the offense and defense of the Cowboys, and several weeks ago, he showed his frustration with his players on the sideline after a particularly bone-headed, lackadaisical play. 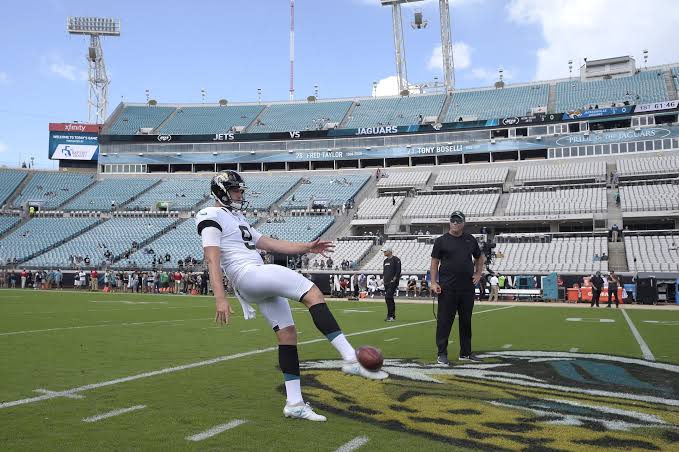 You may remember DeCamillis’s name from two summers ago. He was one of two Cowboys’ assistants who were severely injured when the team’s practice facility collapsed during a windstorm in May of 2009.  Despite suffering fractured cervical vertebrae, DeCamillis was fortunate, at least compared to his friend and colleague Rich Behm who was left paralyzed below the waist by the accident. So starting off a football season 1-7 is nothing DeCamillis can’t endure.DeCamillis joined 790 The Zone in Atlanta to talk about keeping the game and life in perspective through hard times like these, the Cowboys being labeled quitters and how important it is to shed that label in the upcoming weeks, how he doesn’t feel it’s accurate at all to blame Phillips for being too lenient on his team, how good teams typically have something positive happen for them at the outset of a new season, and what kind of job he thinks interim head coach Jason Garrett will do in the remaining eight weeks of the season.

On having endured far greater struggles than this season:

“Yeah, no question. At some points during the year, I felt like last year was a little easier than this year, even with the broken neck than this stuff. But yeah, it keeps you in perspective. That’s what you got to have, you’ve got to know what’s important in your life and just keep fighting through it. I know it sounds cliched, but people that give up in these times aren’t worth their salt. So we just want to keep trying to plug through it.”

On the Cowboys being labeled quitters:

On if there’s truth to the sentiment that Phillips was not demanding enough of his players:

“Ha, I’ve been through this twice now. When I worked with Coach Reeves, Wade was the guy that took over for Dan, you know, and you heard it the other way then – Dan was too hard on the players and this that and the other. So it’s amazing that it’s the same guy that my first year here we were 11-5 with last year. So I think a lot of the times when something bad does happen as far as your record goes, people are looking for a reason, and the head coach usually takes the brunt of it. And that’s kind of what happened here. I’ve got a lot of respect for Wade as a head coach. Wade’s won a lot of games in this league as a head coach, and unfortunately we just didn’t get it done for him.”

On if he feels he can identify the guys in the locker room who may or may not be mentally equipped to fight until the end this season:

“Well I think anytime you start questioning people’s effort or question whether they’re injured – those are not tangible things that you can see. You know, if you miss an assignment you can say hey we’ve got to get that corrected. Those things are hard to see, and you’ve got to really be careful about it, and you’ve got to have a good relationship with your players to be able to point those things out in a way that you can get it corrected. That’s the main thing. As funny as it sounds, I don’t know that effort’s a huge problem. We’ve just executed so poorly that that’s really the biggest issue. We’ve got to be that much better.”

On if the Cowboys’ problems are as simple as guys not doing the little things like showing up early to practice and staying later than is required:

“I don’t know if it’s that simple. The good teams I’ve been around usually you end up having a good start, you end up having some things happen at the start of the year where there’s a positive vibe and there’s a positive feeling. So that’s the key. And the other thing is it’s always the guy who’s pulling your string has got to play well. And if the quarterback’s playing well and the quarterback’s healthy, in the league I think you’ve got a chance to win at any time.”

On what he thinks of Jason Garrett and on what kind of head coach he’ll be:

“Well I think he’s a guy that has been the play-caller since I’ve been here the last two years. He’s a young guy that I’m sure will be learning on the job. It’s a rough situation for him, and hopefully we can get it turned it around a little bit. That’s the key.”