The Jenn Sterger-Brett Favre “sexting” scandal has been well publicized over the last year or so. Sterger even goes on to say in the following interviews that she went on Good Morning America to set the record straight a few months ago, so when people “Google” her name they’ll finally have the right story once and for all.Deadspin broke the Sterger-Favre story to lead things off, so naturally one would be lead to believe that Sterger would have some animosity towards the website. Currently, Sterger is back in the teleivision business working on a show on FUEL TV, trying to move forward from the scandal that put her career on hold last year.Jenn Sterger joined WSCR in Chicago with Mully and Hanley to discuss the Brett Favre scandal hurting her career, brushing off the Brett Favre scandal initially, her opinion on Brett Favre and her relationship with the Jets and the NFL. 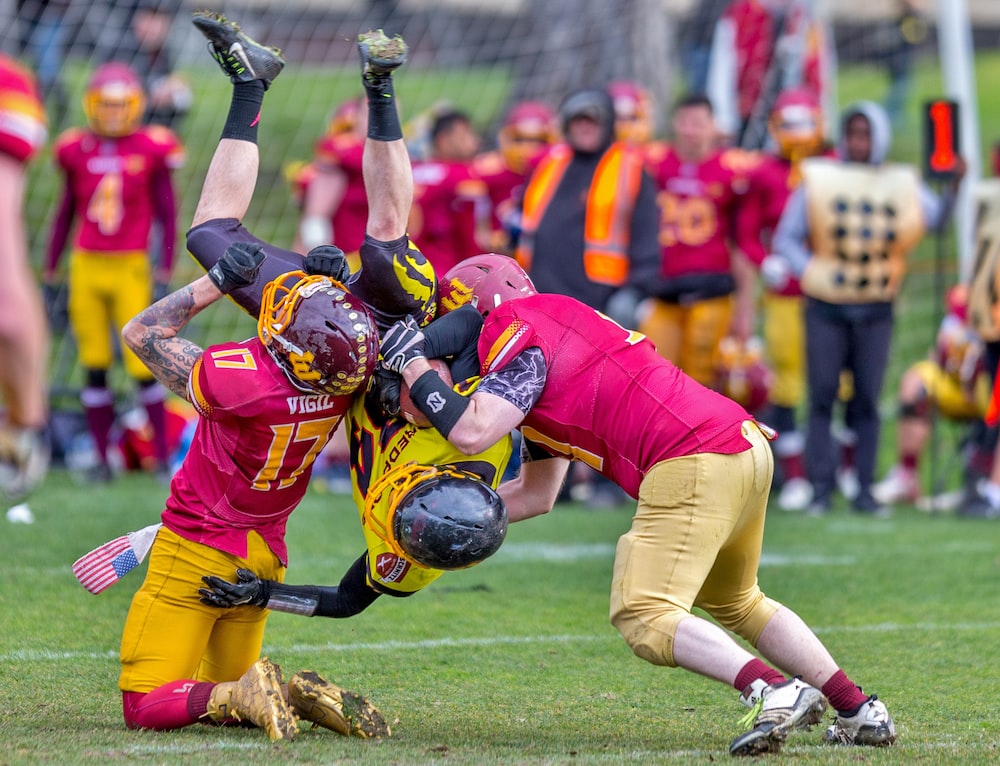 “Yeah I don’t think anyone wants to be remembered for something like this. I feel like it’s been more of a hinderance then anything else. I was already on TV. I already had a show. I was already doing my job, so to have something like this come up and then pull the emergency break when you’re in the middle of doing everything and everything is going great it was a really trying experience. The last couple of months have been getting progressively better and like I said I’m so grateful FUEL was able to see past all of that. I think once people sit down with me they realize I’m not the girl I was made out to be in the media last winter be that by the way my representation at the time was handling things and what not.  I feel like I really didn’t have a voice until I was able to speak on GMA [Good Morning America]. Finally now between FUEL and this article I wrote for Bleacher Report, sitting down and doing radio, doing interviews with people, that have absolutely nothing to do with what happened last fall I feel like that’s the way to get people to know me.”

Do you regret brushing off the whole Brett Favre scandal initially at the time?

“I never really brushed it off. It was something I dealt with privately two years ago and I never really thought I would have to deal with it in the public and unfortunately I just confided in the wrong people and that’s what it all came down to.”

Do people get the right perception about Brett Favre? Do people have more a more clear opinion on him? Do you have an opinion on Favre before this all happened?

“Not really. You know like I said I don’t know the guy. That was a misperception that a lot of people had out there. I know the person that I exchanged text messages with and I asked to leave me alone. That’s the person I know. I have no idea if it was him or not. I really can’t pass judgement on his character I can just that everyone just deserves the right to be able to go to work and to feel safe when they go to work and feel comfortable and welcome and I just hope people don’t have to go through what I went through especially in a public setting because like I said there were a lot of misconceptions of me out there. I was really fortunate that ABC gave me the chance to come out and say my side of the piece, so it’s out there and people can Google it. I really just don’t feel like re-visiting it and living it that shadow because I feel like there’s just so much better, so many more things I can be doing off-air and luckily enough this FUEL opportunity came along. I really appreciate the opportunity they have me.”

What is your relationship with the NFL and the New York Jets? Are you okay with those people?

Did you get an apology from anyone? The New York Jets? Brett Favre?

“I really don’t even care if I get one at this point. Like I said it was two years ago when it happened, so I heard [Brett] Favre had moved on from it and now it’s just like to re-visit it all in the press I was just like felt slamming my head in the dresser door. That’s the greatest part I look at all the people on Twitter that follow me and people who are similar to you. One of them they send to me is the “NFL PR Guy.” I’m like he must slam his head in the drawer every time my picture comes up.”Jenn Sterger joined ESPN Milwaukee with Jason Wilde and the D-List to discuss her thoughts on the Good Morning America interview she did and her anger towards AJ Daulerio and Deadspin.

What are your thoughts on the Good Morning America interview you did? Were you happy with the way it played out?

“To be honest? I was already working for FUEL when I did that. I actually went to them [FUEL] and said ‘Look I feel the need to get this out there. I was to say my piece. I’m tired of being attacked. Quite frankly I reached my penis joke quota for the year. I’m tired of hearing them. If everyone is going to be making jokes and making fun of me, I should be allowed to do the same thing. I felt like until I got this monkey off my back and I finally talked about it and what people know. One, I never met him [Brett Favre]. Two, that this was just something that was made to be so much more salacious in the press than it actually was. I just wanted everyone to know I really had nothing to do with it. Once I got it out there I was like ‘Okay I can start becoming the old Jenn again.’ The hardest part about this whole thing is not being able to be myself. I can’t go out and make inappropriate jokes. I can’t be critical of anyone. I can’t be the non-PC Jenn that I am. That’s was what hurt the most.”

Do you have anger towards AJ Daulerio and Deadspin still?

“I met someone the other day who said he had punched AJ Daulerio in the face and I said he’s my hero. It’s not even towards Deadspin. He [AJ Daulerio] was doing his job and I understand that, but at the same time I know enough journalists that I’ve said things to off the record in various situations and they never turned me in. You know what I mean? Like I said Jason [Wilde] kind of had my back this whole time and I would be quite honest with him about things and Jason didn’t go running to papers with it. It shows the kind of people you can trust. This whole situation made me take a step back and look and see who the more trustworthy people are in life and believe my circle of friends got very, very small for a long time.” (Editor’s note:  I spoke to AJ and he said no one punched him in the face.)