Jeff Fisher on the Mercurial Randy Moss: “I’ve got a great locker room, and I think he’s only going to make it better.”

There’s always big news each week in the NFL. From injuries, to fines, to suspensions, to personnel and coaching changes – not a dull week goes by in America’s new national past time.  One of the main headlines this past week has been the signing of Randy Moss by the Tennessee Titans. The 5-3 Titans, in the midst of their bye week, put a claim in on the embattled wide receiver, who just one day earlier had been cut by the Minnesota Vikings. If you’ve followed the NFL for any amount of time, you know that Titans head coach Jeff Fisher is not really the risk taking type. His teams play a conservative, rushing/defense/field-position brand of football. Perhaps that’s a product of him being the longest tenured coach, a man who got his start and made a name for himself during the ’90s when the game was not as offense-centric. But in an indication that he’s amenable to change and not stuck in the past, 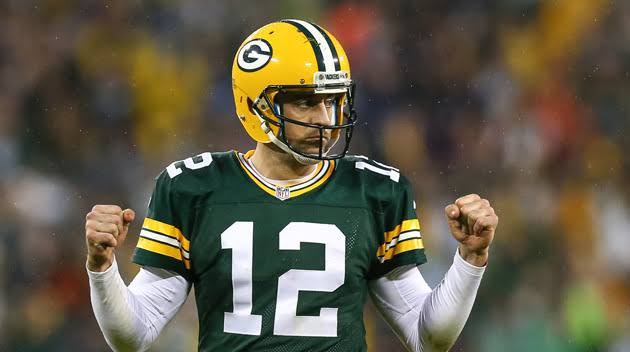 Fisher and the Titans made a move for Moss, a future Hall of Famer who will be making his fifth NFL stop and joining his fourth NFL team, and the third in about a month’s time.If you listen to Fisher though, he doesn’t sound at all concerned about Moss being a potential distraction or disruption to the solid chemistry the Titans have going for them at the mid-way point in the year. He’s not willing to talk about the possibility of Moss being in Nashville beyond this year, but he definitely sounds excited about how Moss might help the Titans down the stretch and into the playoffs this season.Fisher joined The Michael Irvin Show on WQAM in Miami to talk about his team’s bye week, the decision to claim Randy Moss off waivers, being the only team to put in a claim for Moss, how he had zero concerns about Moss being a locker-room cancer, what he sees in the Dolphins’ offense as they prepare for Miami this week, his quarterback situation, and what’s most noticeably different about Vince Young this year compared to in years past.

On how things have been for him and his team during the bye week:

“Things are good. We’re coming off our bye week, I cut ‘em loose Thursday and Friday, got them rested, refreshed and restored. I told them to get away from the ball and they’ve come back….You know, the big thing with the bye week is your ability to snap back in and re-focus because of the natural distraction of time off. They’ve done a good job, we had a little bit of work yesterday afternoon just to try to get our legs back underneath us. So we’re back on a normal preparation week.”

“Well I can’t speak for the rest of the clubs, but I can tell you this: anytime you get a chance to get  a player of Randy’s stature to come in and help, we’re going to try and improve.  It timed out well because Kenny Britt went down two weeks ago, or a week and a half ago with a hamstring in the Charger game. So to be able to get Randy up to speed during Kenny’s absence and then beyond is really speed is big for us. He’s really excited about being here, it’s a fresh start for him, and I really think he’s going to help us.”

On if he talked to Moss about what was expected of him in the short-term, as well as what his future might hold in Tennessee beyond this season:

“Well yeah we sat and down talked. We talked about everything for quite awhile. I mean, he’s coming into a new place. You’ve got to introduce the coaching staff to him, the philosophy, the players, the locker room, how we practice and how we play, and all that kind of stuff. He’s really excited about it. There’s no need for us to talk about his future. We’ll address that when the season is over. But what we’re trying to do right now…and he’s done a great job in such a short period of time…is learn this offense. He’s really sharp. What happens I think sometimes is things go down, and we don’t get all the background, we don’t get the truth necessarily, and there’s always reasons for things. I believe needs to be given the benefit of the doubt.  Randy came in here and he’s so excited to be here. A player will be walking down the hall and goes ‘gosh he was in the weight room this morning at 7 o’clock this morning, he’s already done his weightlifting’. And the extra running after practice?  Come on. The guy’s been around so long, he understands this game, and I can’t tell you how excited he is to try to help us win some ball games.”

On if there was any concern about how Moss might affect the chemistry in the locker room:

“Zero, I haven’t heard anything as far as him being an issue in the locker room. The only thing I’ve heard is what a great teammate he is. I mean, did you not see Tom Brady hug him after the ball game? So that was not a concern.  I’ve got a great locker room, and I think he’s only going to make it better.”

On what he sees in Miami’s offense and on why he thinks they’ve struggled putting points on the board:

“Well, let me say this: this is a well-coached football team; it is a big, strong, physical, well-coached team that has an offense that’s very, very difficult to defense because of the multiplicity – the wildcat here, the play-action, the offensive line is real solid. There have been some turnovers that have created problems for them, there’s been short fields, those kinds of things. But this is an offense that is very, very talented, and has potential to be one of the top offenses in the league. I’ve always been impressed with Chad (Henne); he threw for 349 against us last year in a losing effort, but still nevertheless, he put the ball in the air and made a lot of plays. So I’ve been impressed with some of the things they’ve been able to do. They’re fourth in average per carry, they’re second or third in the league in third down efficiency at 43 or 44 percent. Those numbers are extraordinary, so they’ve got an offense that’s ready to explode, and I just hope they wait one more week.”  (Editor’s note:  This interview took place before Chad Pennington was named as the starter.)

On his quarterback situation:

“Well let me go back to one particular play, about three weeks ago on Monday night. Vince went down, lost the snap, got involved in a pile, got very, very lucky but nonetheless came down with a sprained MCL and an ankle sprain. He didn’t come back in the game. It was 3rd-and-12, Kerry came out on the field and threw a perfect ball to keep the drive alive and we went down and got points. That’s our quarterback situation in a nutshell. I’m very, very fortunate to have two, Kerry specifically, that are ready to play when called upon. We don’t miss a beat, and Vince went through that experience when he was backing up Kerry to do just that. So in the event that Vince is unable to go because of his injury, and Kerry plays but he has to come in, he’ll be ready to play. Kerry’s been very supportive, and you couldn’t ask for a better situation.  You look around the league, we’ve got two quarterbacks that have won a lot of games very recently over the last three or four years.”

On what’s most noticeably different with Vince Young today compared to years past:

“Well it starts with his experience. After the issue we had several years ago when he got hurt in the opener and Kerry won ten straight for us, he got a chance to sit back and watch and observe and learn, and then prepare himself. So preparation is the key. He understands that now, he’s in the third year with our offensive coordinator, and Steve [McNair] had that same experience and was the co-MVP. So Vince, his eyes are good, his feet are good, his accuracy is good, and we’ve surrounded him with good people.”